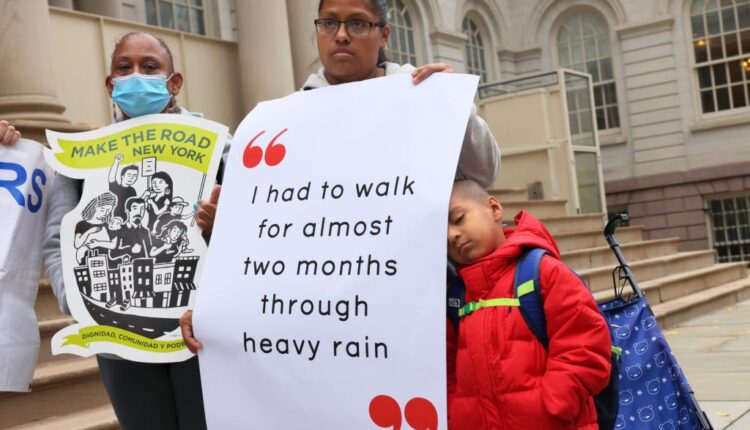 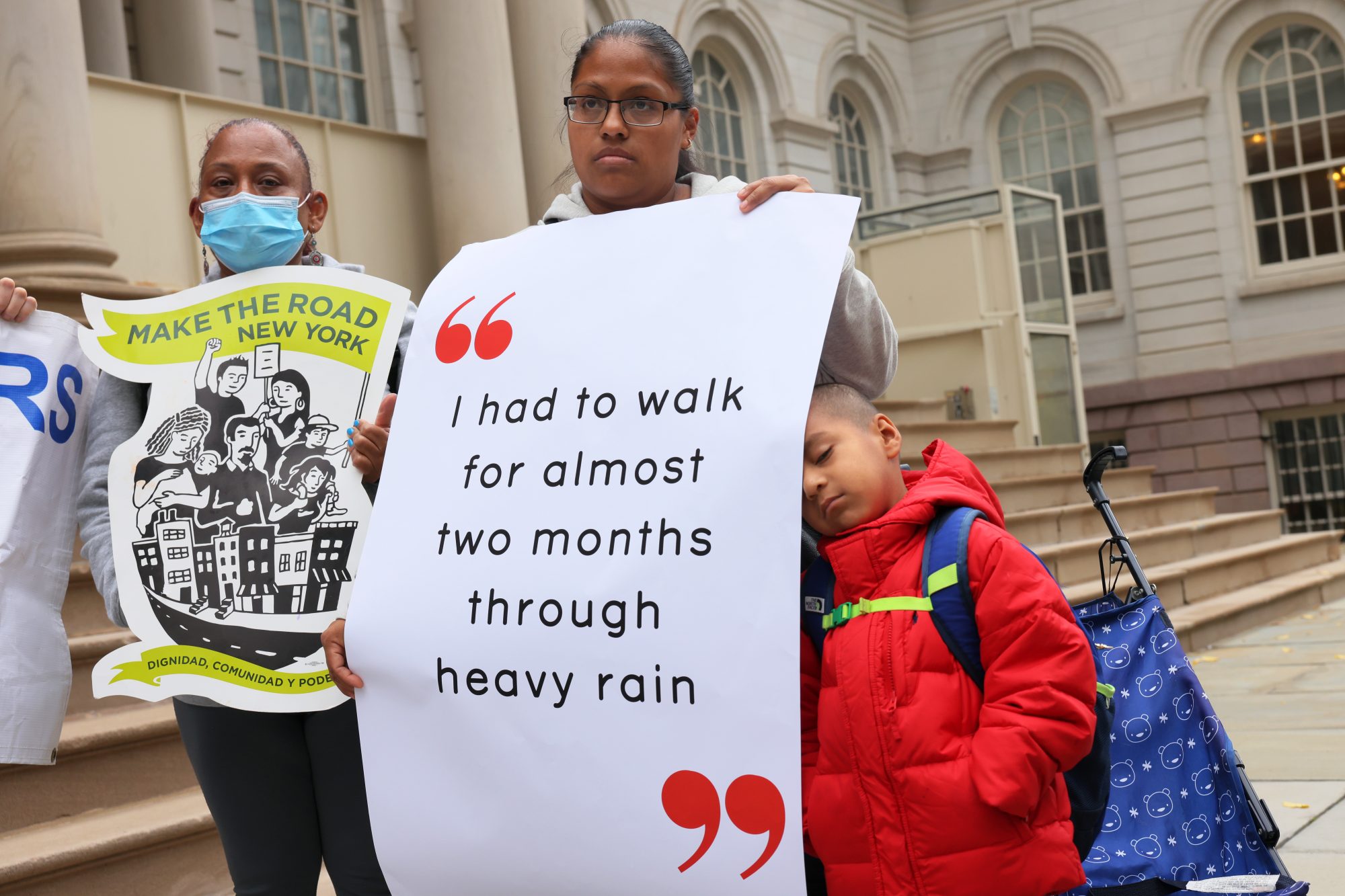 The Issue: Mayor Adams’ handling of the influx of migrants being sent from southern states into New York.

Mayor Adams says “every community” within the city limits will soon have emergency shelters for the illegal immigrants being shipped here, and they can spring up without warning (“Shelters in ‘every’ nabe,” Oct. 12).

Schools, hospitals and social services will all be overwhelmed, while taxes and the crime rate will continue to soar, making New York a quality-of-life hellhole. The people smart enough to jump off this sinking ship will pack up and leave, only exacerbating the situation. And New York is just a microcosm of the entire country.

The root cause of this problem is the unsecure southern border.

There are several reasons New Yorkers are abandoning this city and state — crime without consequence, increased taxes and the stupidity of decisions that impact us negatively. Who will pay for all the increased services illegal immigrants need across the entire state? You will!

Mayor Adams needs to stop accepting huge numbers of illegal immigrants who are flooding our neighborhoods and schools and increasing service usage (including hospitals and housing) and distributing the costs to taxpayers across the state.

We have two options: Move out or change the state. Wake up, New York, and vote the bums out.

I used to feel a modicum of safety living on Staten Island. I have not been to Manhattan in months because of safety concerns.

Now migrants are being placed in a hotel on Staten Island that is less than a half mile from where I reside. I care deeply about their plight, but having people invade your country without being vetted and with no preparation and desperate is not a good formula for their safety or the community’s.

I am wondering how many migrants Mayor Adams is housing at Gracie Mansion. None, I am sure. Not surprising.

I have been reading about the illegal immigrants who have been sent to New York.

These poor people — most just wanting a better life — are being used as pawns in a purely political game.

Whether or not they should be in the United States certainly is an important issue, but having them “dumped” in various communities without appropriate support is cruel.

The United States is allowing men, women and children to enter without a system of support, including suitable food, clothing and housing.

Clearly government agencies are not doing a good job. Either the immigration should be stopped — or it should be dealt with appropriately.

Where is our humanity? Do something, President Biden.

Soon there will be a migrant shelter near you. And as the influx of people cross the border, “temporary” housing will only become a permanent fixture.

Now Mayor Adams, who isn’t as clueless as Biden but is definitely a runner-up, hasn’t any idea what to do or how to deal with it.

While flights came in at Westchester and Stewart and Orange County airports, Adams was too busy partying with the entertainment crowd.

And instead of getting on the phone and calling that knucklehead in Washington, Adams is trying to figure out this conundrum — which, in all likelihood, he cannot.

Adams, here is your chance to shine on a national platform. All you have to do is stop going along with your party’s line.

You can expose the truth by putting the blame where it belongs — starting with Joe Biden and his incompetent White House. Tell the truth, starting with the secret overnight flights into New York.

You could take the lead on exposing the White House for its failure to lead and protect the sovereignty of this country.

It’s one thing to help those in need. But when the door is wide open, this is what you get.

Christopher Meloni admits he’s been ‘a big fan of nudity since I was a child’: ‘Sense of freedom’