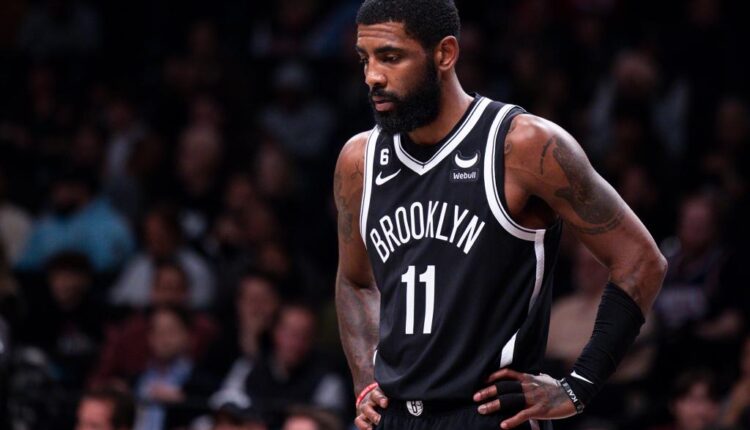 Hey Kyrie: Did you know that W.E.B. Dubois’ Niagara Conference, which gave rise to the Niagara Movement and ultimately to the establishment of the NAACP, had a nine-member board, four of them Jewish (“Silver’s NBA asleep at the wheel,” Nov. 4)?

Did you know that in Mississippi, Jewish blood was shed with African-American blood?

Donating money is not an answer to anything. But going to a seminar on sensitivity training would be worth millions. Or take a summer retreat to Israel; ask Amare Stoudemire to show you around.

After Irving made his despicable anti-Semitic comments, where were Al Sharpton and Jesse Jackson? After all, one of the most dangerous places to be in the United States is standing between those two and a TV camera.

Don’t these pathetic hypocrites remember the three young Jewish men who were murdered in Mississippi fighting for civil rights? Sadly, they have nothing to say about anti-Semitism in America. Pathetic.

As a Jew I find it revolting how, whenever a non-Jewish celebrity is accused of anti-Semitism, one of several Jewish agencies (including the ADL) quickly appears on the scene to counsel and then vouch for said celeb’s remarkable emergence as a newly christened friend of all things Jewish.

It seems like a circular racket that is specious and frankly embarrassing. I suggest this most recent debacle, i.e. the readiness to volunteer to counsel Kyrie Irving, rivals efforts to bring another Jew hater, Mel Gibson, back to the straight and narrow.

The NBA should hammer Kyrie Irving with a similar punishment.

The Issue: The alleged threats to democracy the president outlined in his speech at Union Station.

I believe that President Biden and his woke radicals are largely responsible for the extremely harsh talk and even much of the violence found in American politics today (“Prez’s rail ‘ghost’ly site,” Nov. 3).

Even though he now says it’s time to tone down the rhetoric, the record shows he was and is an instigator.

His suggestion during the 2012 election that the Republicans were going to put black Americans “back in chains” should never have been said. Now he is claiming, “The survival of our planet and democracy itself are on the ballot.”

That’s why I believe he remains an instigator.

He also failed to mention the politicization of the investigation into Hunter’s laptop, with FBI investigators deep-sixing the info. And he omitted the Justice Department’s probe into parents objecting to school curricula at board meetings.

Perhaps Biden is confused as to who and what represent real threats to our democracy.
Here’s hoping that the truth shall prevail and our country can be saved.