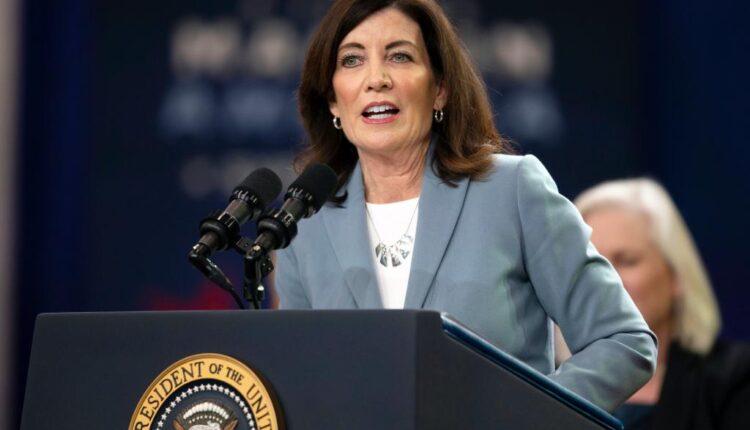 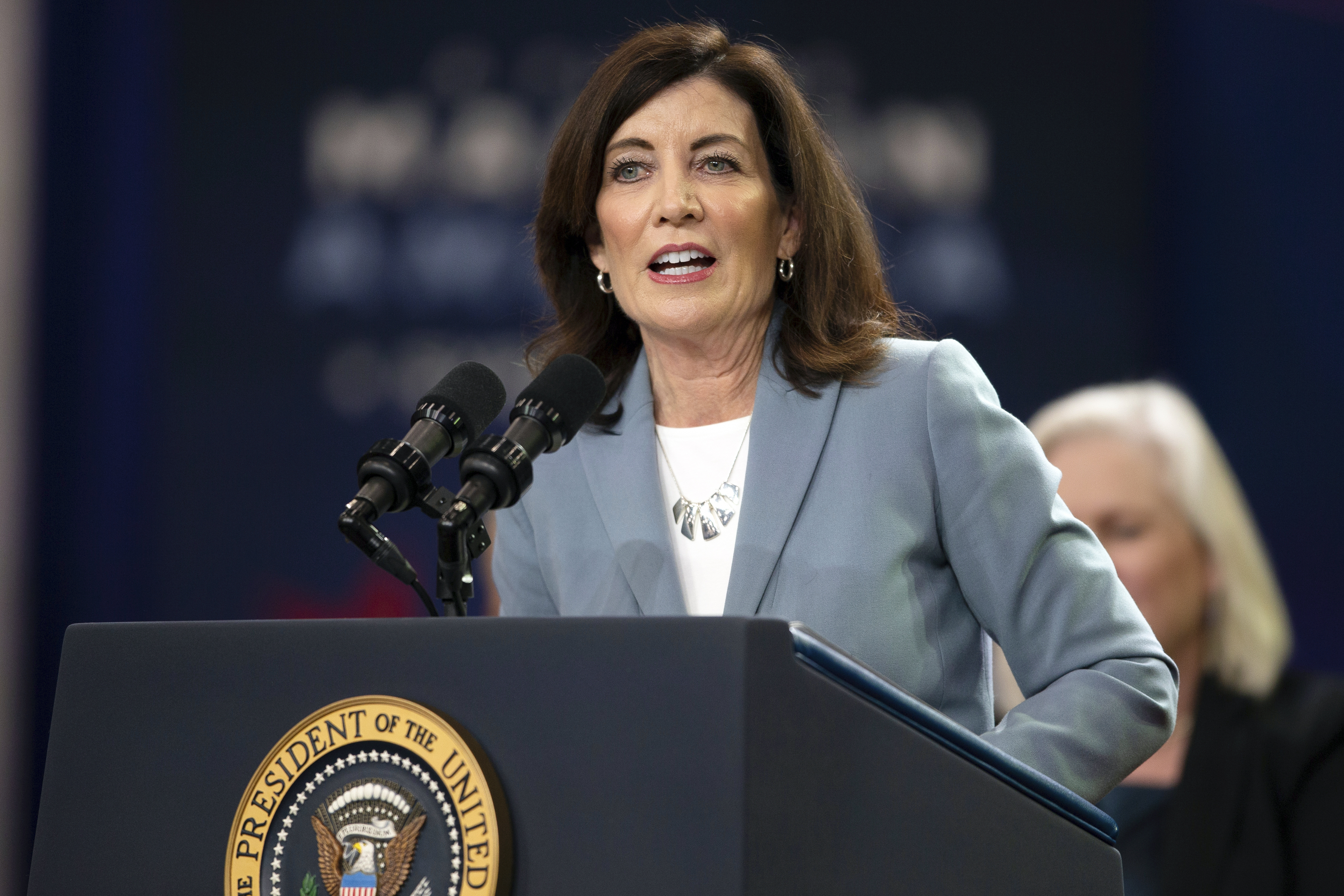 The Issue: Gov. Hochul’s response to rising crime in New York City and across the state.

If my memory is correct, Gov. Hochul campaigned together with Hillary Clinton and Vice President Harris in her bid to keep her seat in Albany.

This should give everyone cause to reflect on how broken our criminal-justice system is. How insulting that Hochul denies crime is an issue in New York and spins out a new conspiracy theory about it.

The unspeakable crime that occurred in Buffalo — the killing of Keaira Bennefield by her husband — and Hochul’s disgraceful reaction to it are two of the most utterly despicable things I have ever seen (“Gov’s blame excuse,” Nov. 3).

For the governor to blame it on the system that she has supported and maintained is beyond despicable.

A mother is gone and three innocent children have had their lives tragically altered forever. And this shallow, callous disgrace of a governor can only muster a lame excuse.

Her policies have destroyed people’s lives and she does not deserve one more day in office, let alone another term.

Everyone who enters a voting booth needs to put all politics aside and vote this terrible woman out of our sight forever.

Once again, Hochul spits on a grieving parent whose daughter was murdered by an animal she personally set free with her Dem policies.

With all the corruption and death she is responsible for, she makes John Gotti look like an angel. She gives new meaning to untouchable.

The sad part is that New Yorkers are so stupid and so deep in denial that they will vote her back in to continue her reign of terror. Wake up, New Yorkers: You’re doing it to yourselves.

And Hochul says that crime is not a problem? Albany and all the legislators need to be kicked to the curb along with Manhattan DA Alvin Bragg and Mayor Adams — plus Attorney General Letitia James and a few others.

You want to claim you’re for women and women’s rights? Start with protecting them. The majority of these crimes are committed against women.

It’s like the Biden administration crowing about how it’s for women’s rights. Team Biden could give a subway rat’s behind about the women and children being assaulted and trafficked at the border.

Are New Yorkers blind to what is happening? It’s not abortion you should be worried about here; abortion is safe and legal.

Worry about crime and criminals going scot-free due to the pack of worthless clowns leading us into mayhem.

I never thought there could be a more despicable Democratic candidate than Hillary Clinton, but along comes Kathy Hochul.

Our present governor checks all the boxes: She lies every day, denies she did what she’s already done and blames all things bad on the GOP and Trump.If there is a God, Hochul will go away election night. New York can’t survive four more years of this progressive loser.

Gov. Hochul has bloodstains on her hands. It is her support for the no-cash-bail law that killed Keaira Bennefeld. Her death could have been prevented if Adam Bennefield had been kept in jail while awaiting his hearing.

If the victim had been Paul Pelosi, you can be sure that Bennefield would have remained behind bars. And it is meaningless to say that Hochul stands with Keaira’s family.Keaira’s family is now in a club that nobody wants to be in. Only those who have been in their shoes can understand their pain.

Biden is gaslighting Americans about his failed presidency