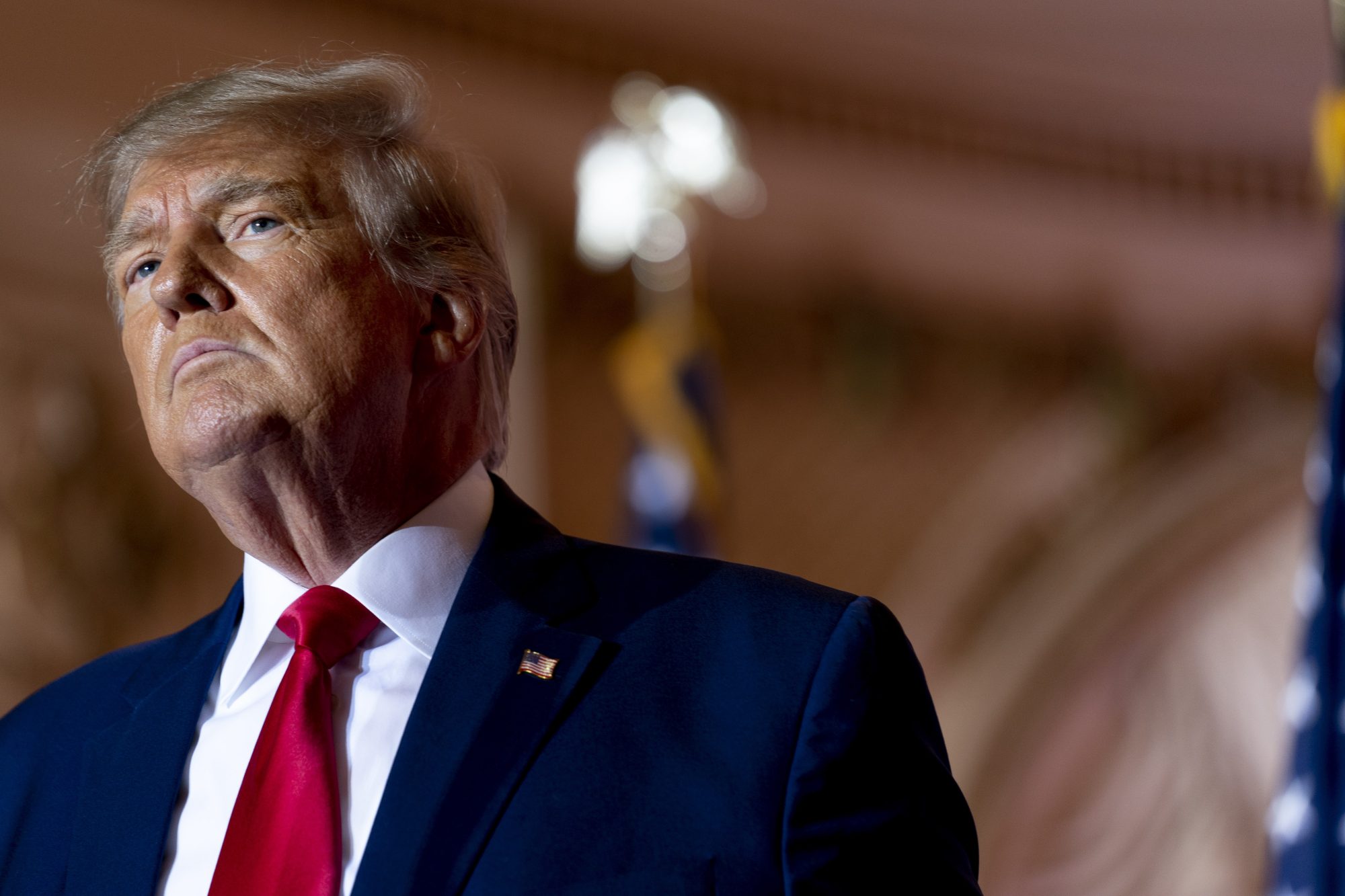 Despite his having a Jewish daughter, Jewish son-in-law and Jewish grandchildren, former President Donald Trump has chosen to remain silent and indifferent to the anti-Semitic rhetoric espoused by his chums Kanye West and Nick Fuentes (“The pals that Dons deserves,” Nov. 27).

The mere fact that Trump decided to share a meal with these two hate­mongers at his Florida home speaks volumes.

How does one so casually break bread with individuals who openly proclaim their hatred of the Jewish people?

This is one time when blood is clearly not thicker than water — a time when one’s commitment to family has been callously brushed aside.

Regarding Trump’s dinner with Ye: What a gift for the Republican Party.

Now hopefully we can remove the bad baggage and move forward.

Here’s an update to the old saying, “You are what you eat.”

After having dinner with Nick Fuentes, a white supremacist and Holocaust skeptic, Trump should realize, “You are who you dine with.”

Shame on the former president for spending one minute with Fuentes, let alone having dinner with the guy.

Just when it seemed that no greater atrocities could be perpetrated on our country by Trump, he delivers again.

We have learned that Trump hosted a group at his Mar-a-Lago estate, which included both anti-Semite “Ye” (the former Kanye West) and West’s guest, Nick Fuentes, one of the most notorious white supremacists and Holocaust deniers.

Trump claims that he knew nothing about Fuentes, just as he stated in the past that he was unfamiliar with former Ku Klux Klansmen David Duke. He has perfected the art of lying. It is in his DNA.

David Friedman, the ambassador to Israel during Trump’s term in office, condemned the dinner, telling Trump: “You are better than this.” No he is not, Mr. Ambassador, and you surely know this.

Thanks for your thoughtful, thought-provoking editorial about former President Trump’s missing moral compass.

It ended with “And so — again — Trump puts his own ego before common sense, before tolerance, before judgment, before country.” It could have been two words longer with “before God.”

How tone deaf is Trump?

He scolds the American Jewish people, saying we should vote for him because he’s “done more for Israel” than any other president, ignoring his obvious shortcomings in humanity, humility and telling the truth.

Now, we should cast our ballot for this liar after he dined with a Holocaust denier and noted anti-Semite, blaming another nut case, Kanye West?

I would have thought that having an Orthodox Jew for a son in-law and a daughter who converted to Judaism would have opened his eyes.

Those of us who previously supported President Trump are profoundly disappointed.

Despite meaningful achievements domestically, in foreign affairs and in our courts, he is now pandering to the most base elements in our society, including racists and white supremacists.

If he believes this will secure a nomination and victory in 2024, he is delusional. What got him elected last time was convincing reasonable people that profound change was needed.

He no longer has the support of these voters, and without them he cannot succeed.

Nobody should be surprised that Donald Trump had Kanye West and Nick Fuentes over for dinner.

It is human nature to befriend those you have things in common with.

Is DA Bragg seeking a murder dismissal because of a $500K woke campaign contribution?