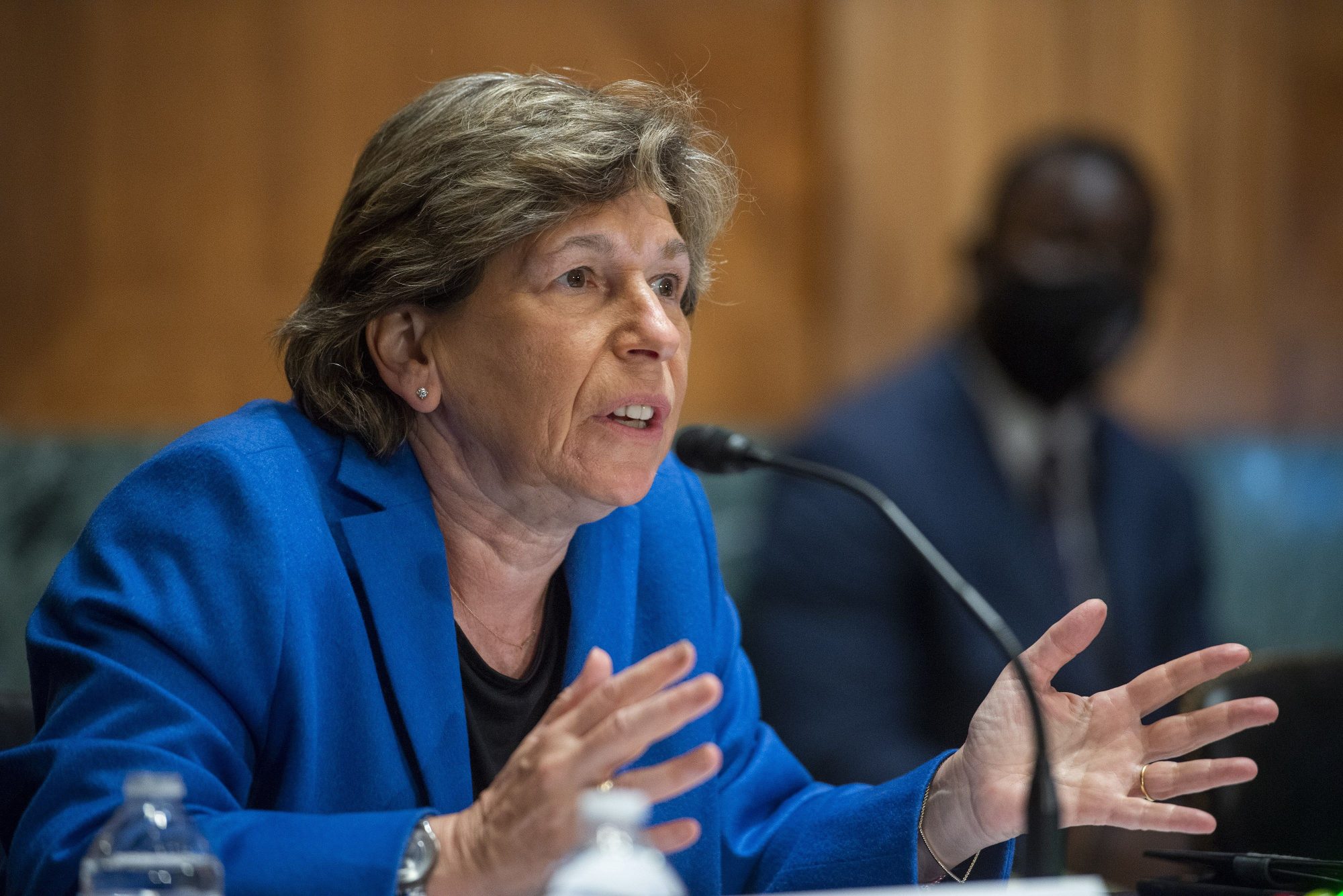 Secretary of State Mike Pompeo is saying it like it is (“Pompeo’s blunt lecture to lefty teachers union boss Randi: You’re Dangerous!” Nov. 24).

American Federation of Teachers chief Randi Weingarten accents the negatives, eliminates the positives, ignores the parents and pushes for a woke agenda that deflects the truth: that teachers in her union fail to adequately teach our kids so they can compete in the real world.

She and the AFT should emphasize America’s accomplishments, our exceptionalism and reading, writing and arithmetic.

Otherwise, all we will get is another lost generation of the disaffected and undereducated.

Highlighting the woke authoritarianism of Ran­di Weingarten, while necessary and most welcome, lets individual classroom teachers off the hook for the dangerous nonsense that far too many “educators” peddle.

Resourceful teachers can get around and/or ignore the garbage that the cowering administrators push at them.

Randi and her minions aren’t in the room with you when you’re teaching — yet.

Pompeo may be exaggerating when he calls Weingarten the most dangerous person in the world, but not by much.

Casting aside any pretense of actually teaching children English, history, math and science, the American Federation of Teachers is dedicated to the creation of little progressive activists.

Like many big corporations and federal agencies, schools are now training grounds for Democratic Socialists. Critical race theory has set back the civil-rights movement immeasurably.

Despite the obvious failure of our education system, nothing will change, so long as President Biden occupies the White House.

He is beholden to Weingarten because of the votes she delivers, and because he embraces her views on left-wing politics

That Weingarten and her union are opposed to charter schools, despite the fact that they outperform her public schools, is proof positive that the quality of education that taxpayers pay for is of no concern to her.

That in itself is disgraceful and defies common sense.

The Issue: Nikole Hannah-Jones’ dismissal of the problem of crime on the subways.

Nikole Hannah-Jones is at it again, minimizing and gaslighting Yiatin Chu’s tweet about Chu’s threatening experience on the subway (“It’s blight under your nose,” Nov. 23).

I doubt that Hannah-Jones ever rides the subways, but that doesn’t stop her from ignoring the crime wave affecting the rest of us who can’t afford Uber and Lyft.

To Democrats and leftists, all you have to do is deny that crime is any worse than it was before the pandemic, and voila, it’s a non-issue. Thankfully, there are people like Chu to bear witness to what’s really going on.

I took the New York City subways from 1968 to 2013, and the subways were filthy, disgusting and dangerous.

In the ’60s, you had men exposing themselves and grabbing young high-school girls.

In the ’80s and ’90’s, you had thieves grabbing chains as the doors closed. Then you had the homeless using the subway as their private living rooms and bathrooms.

It did not just start two years ago. It has been the norm for years.

‘All-knowing’ Dr. Fauci’s memory suddenly vanishes when he has to testify