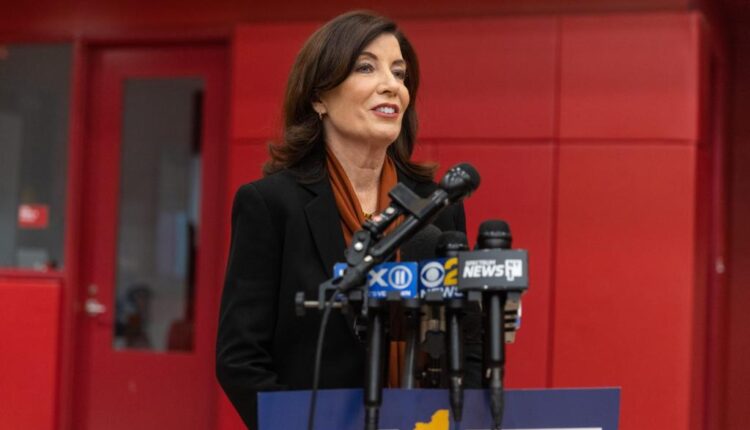 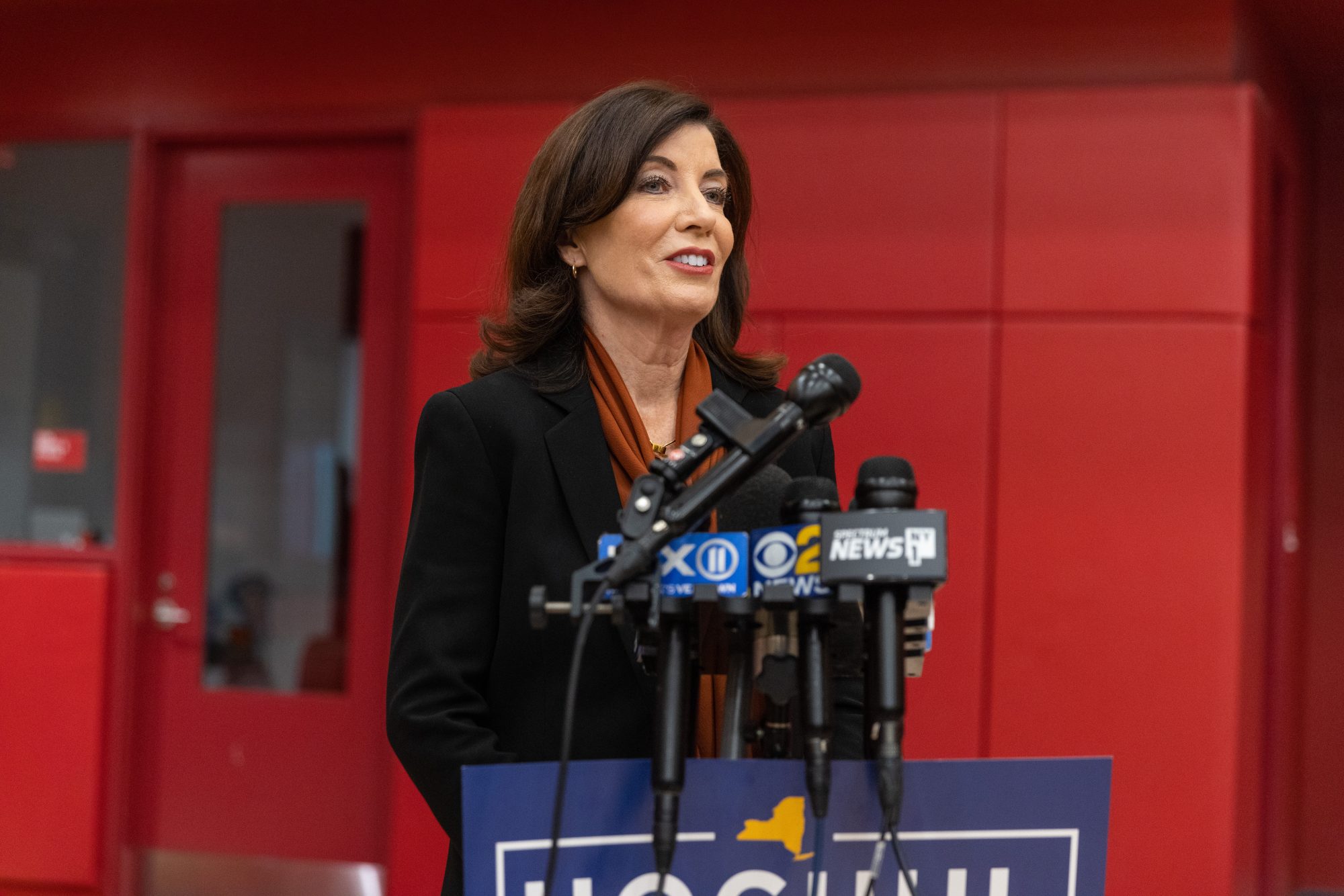 The Issue: Gov. Hochul’s comment that voters’ fear of crime has been manufactured as part of a “conspiracy.”

Maybe she should speak with people who have actually been attacked, assaulted, robbed and stabbed and then she might change her mind and realize that her thinking is indeed hokum.

We live in a red and blue nation, but Hochul and other Democrats seem to think it is only blue. Vote red on Nov. 8: Rep. Lee Zeldin for New York governor!

Given how her poll numbers have been tanking over the last few weeks, it was just a matter of time before Hochul got desperate enough to dig into the Hillary Clinton playbook.

Now she’s claiming that the high crime statistics have been manipulated as part of a right-wing conspiracy.

Let’s hope the governor’s strategy works out as well for her as it did for Hillary back in 2016.

For someone who initially sat on her substantial lead, the desperation of our unelected governor does not play well.

Her focus on abortion and former President Donald Trump and her crime denial show how out-of-touch she is as well as how she has been advised.

Now we have conspiracy theories added to this pot of nonsense. The truth is that when you don’t have a record to run on and do not connect with the people, you become irrelevant.

Your big campaign contributors and pay-to-play pals can only carry you so far.

Kat is far from crazy: She is straight-out condescending. She and the rest of her party speak to voters like toddlers, as though we are too stupid and naive to make decisions.

I hope to God “Kondescending Kat” reads the following: I’m a registered Democrat ready to vote Republican on Nov. 8.

The headline in the Post said: “Krazy Kat,” and that’s just what she is. This governor we have is so out of touch with reality, it’s inconceivable.

Where is this so-called “conspiracy” she’s talking about? I’ve lived in this city all my life. I’m retired, and I have to say: I’ve have never seen so much violence and crime in our city.

Stop blaming these crime numbers on a political party. That is totally absurd. There’s no reasoning in that.

If Hochul would do her job and stop allowing these criminals to be given a free ride, then things would get better.

All I have to say to my fellow New Yorkers is: When you go into the voting booth on Nov. 8, think very hard before you cast your vote. This has to stop now, and we the people can do it.

Thank you to Jim Quinn for your wonderful wake-up call to our lovely Gov. Hochul (“Data soared on your watch — and there’s no ‘denying’ it,” Nov. 1).

She’s no different from the rest of her liberal Democratic ilk. Her party wants to see this state and city become so dirt-poor that the people will have to rely on the government for help.

If Hochul gets elected on Nov. 8, get ready for the biggest exodus from this city and state you’ll ever see in your life.

So, please, please vote for Rep. Lee Zeldin on Nov. 8 — or don’t bother to vote at all.

Gov. Hochul’s refusal to do anything about the bail reform is proof that she’s in lockstep with the crazies in Albany, who care more about protecting criminals than they care about the safety of the law-abiding citizens of New York.

Until there are people running the state who don’t have the same mindset, absolutely nothing will change.