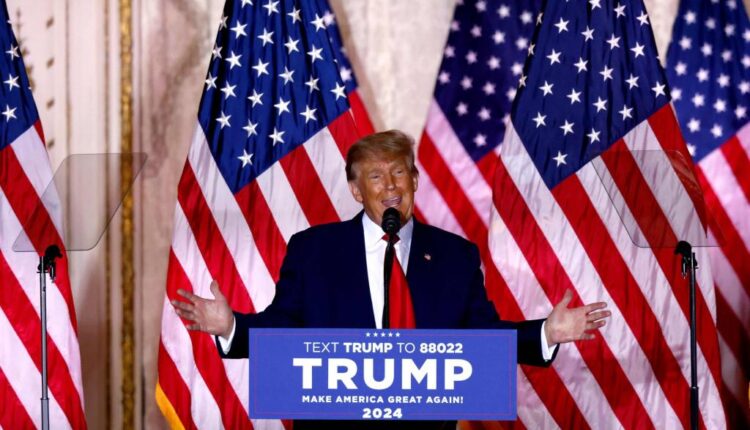 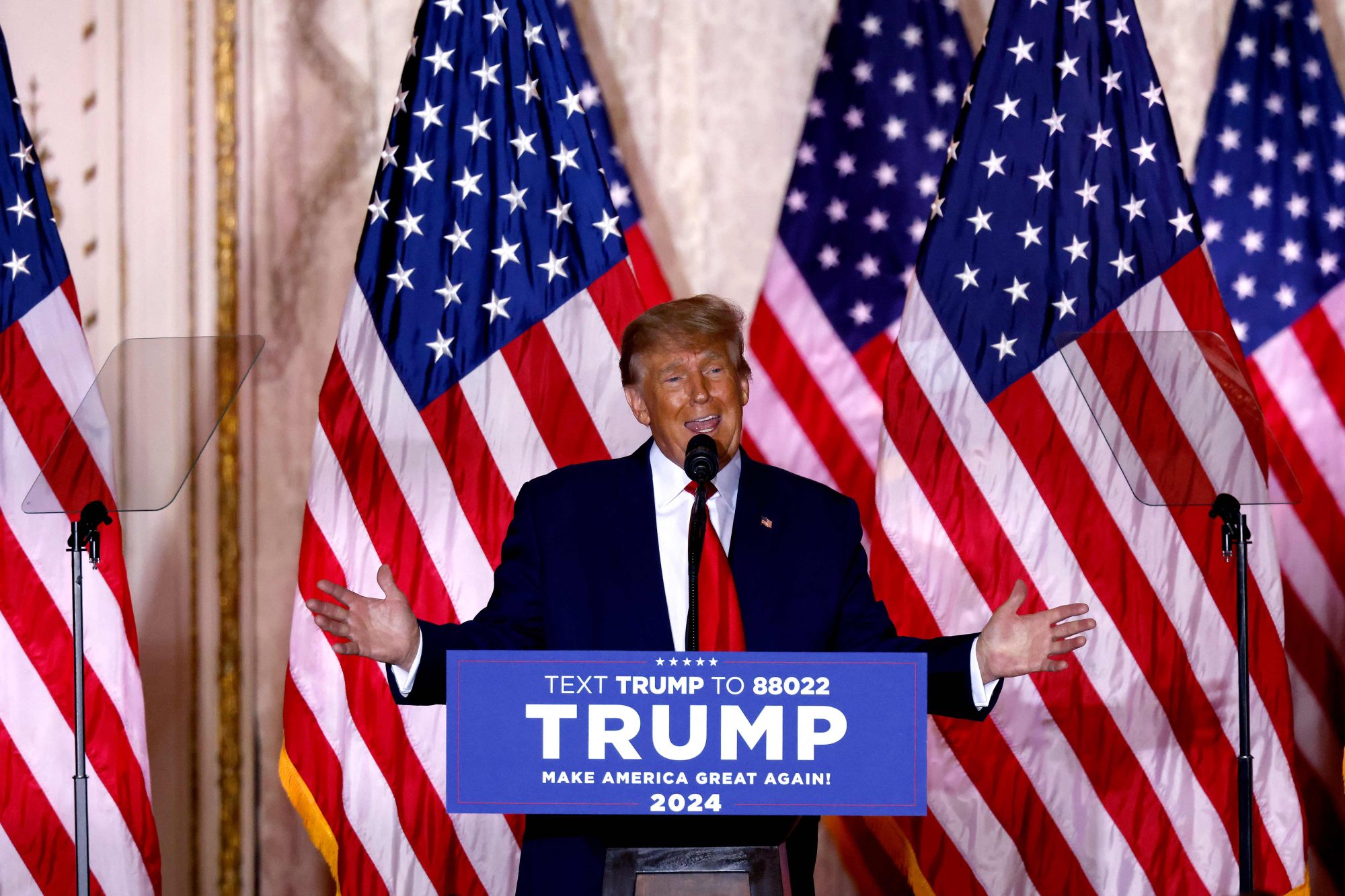 The Issue: Donald Trump’s announcement of his intention to run for president again in 2024.

I love it! I woke up to read The Post’s take on former President Donald Trump’s announcement that he’s running for president in 2024 (“Been there, Don that,” Nov. 16).

There was just a cover blurb, “Florida man makes announcement,” and then a short staff report buried on page 26.

I am a Republican who supported Trump in 2020. But I am done with him and his nonsense and pleased to see that The Post feels the same way. I guess The Post will now be on Trump’s “fake news” list. Congratulations!

There’s obviously much chatter on both sides, positive and negative, about Trump announcing his 2024 presidential candidacy.

But no matter which side you’re on, you should be admitting that it was so nice to hear him mention the prospect of citizens reaching the “American Dream,” as opposed to Biden only aiming for Americans having “breathing room.”

Biden is more interested in you “getting by” rather than prospering.

Once again, Trump has failed to heed the advice of many of his closest advisers and confidants and has chosen to announce his candidacy for president.

It is so Trumpian of him to disregard what is good for the party and promote his own agenda.

While no reasonable American can deny the accomplishments made during his presidency, the aftermath of his presidency has changed Americans’ opinion of him.

There is evidence that his support of certain candidates caused several losses in the midterms. His insistence that the most important issue facing America today is the stolen election of 2020 has become as annoying as fingernails on a chalkboard.

I believe there are other intelligent, honorable people out there in the Republican Party who can carry on the agenda he started and reverse the damage that has been done since the Democrats took office in 2020.

It was time for him to step aside and let the Republican Party rally behind a candidate that can attract enough voters to take back the presidency and Make America Great Again, again. His ego just won’t allow that.

During his 2024 presidential run announcement, former President Trump, who is vying to become just the second US president to serve two non-consecutive terms, proclaimed to the American people: “America’s comeback starts today.” He added, “To every worker and family struggling to survive in the Biden economy with inflation destroying your family and your life — this campaign will be for you. Help is on the way.”

With this message of hope, isn’t Trump in effect telegraphing to the beleaguered voters that there’s light at the end of this nightmarish tunnel and that all we have to do is grind our way through the next two years to Jan. 2025, when Trump would be inaugurated for the second time? At which point he would immediately start reversing all of the Biden administration’s destructive policies.

Given the misery we’ve all had to endure in the first half of the Biden era, it seems fitting that Trump adopt the campaign slogan “Survive ’Til ’25.”

So Trump has announced his candidacy for the 2024 presidency.

Hopefully he will stay on target and not belabor the past. What’s done is done.

If he gets the nomination, I would suggest he pick an outstanding person to be his vice president. My pick would be Sen. Tim Scott from South Carolina, who is young, personable and very smart.

While Trump’s administration did many good things for the country, I wish he weren’t running again because we don’t need more division in the United States than already exists with this current administration.

I don’t know what would be more wonderful to watch: Trump losing the presidential nomination from his own party or him losing the general election vote to Biden.

The resulting meltdown would, no doubt, rival the 1883 Krakatoa eruption and would be such a hoot to see.

Mayor Adams’ Willets Point development is a shot in the arm for Queens, the city

David Hyde Pierce is set for the stage and dinner