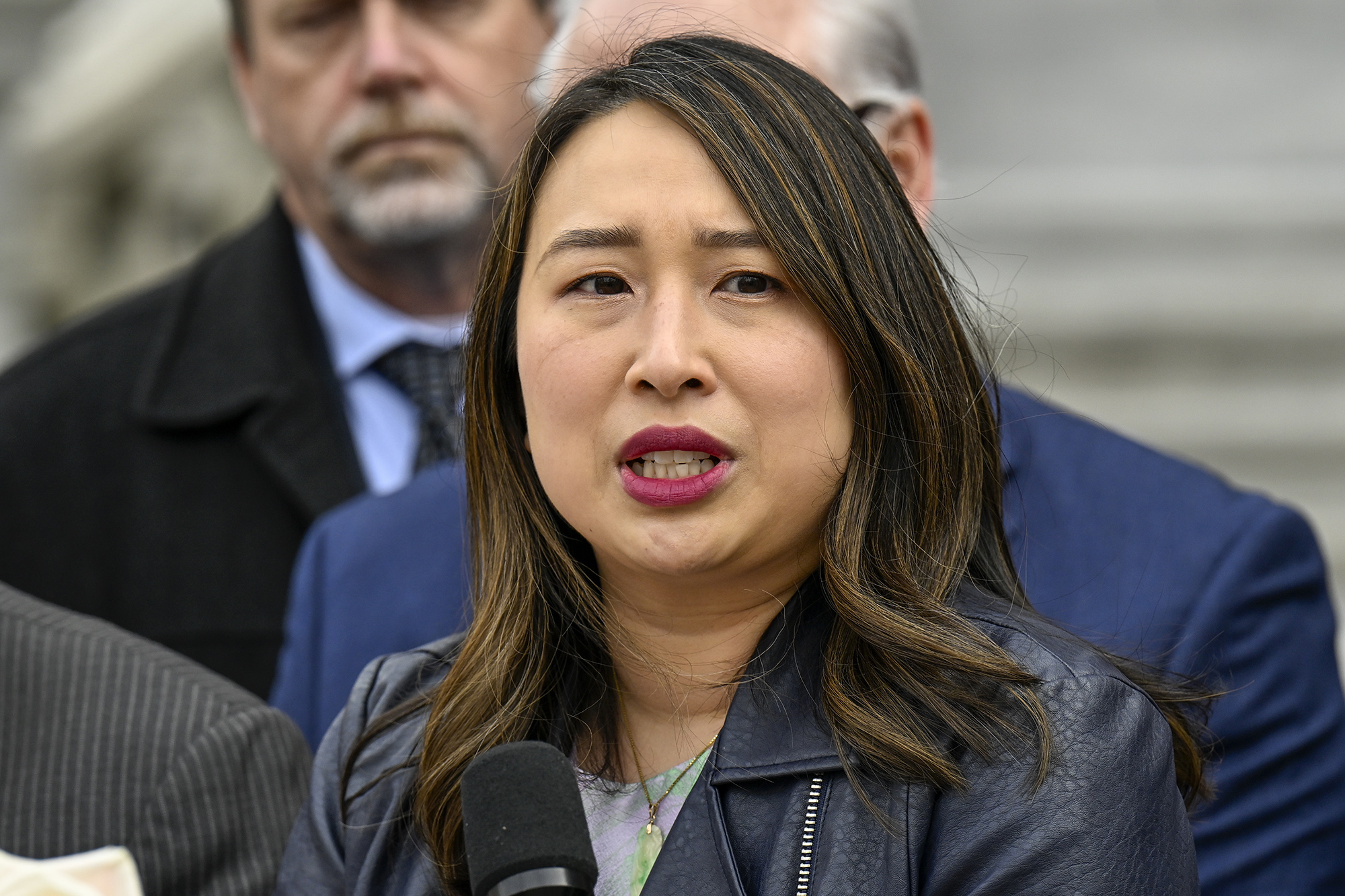 The Issue: Anti-police pol Yuh-Line Niou’s move to a safer neighborhood after she was robbed.

Too many of the leftist progressive politicians either live in gated communities or have the money to hire personal security. Yet they all have the nerve to spout their leftist propaganda to defund the police.

He is right in stating they only care about themselves — the people who elected them be damned.

Coleman has it exactly right. There is a special circle of hell reserved for those so-called “leaders” of our city who are willing to leave men, women and children in dangerous communities unprotected against the sociopaths and criminals who violently prey on them, and at the same time use their own wealth and privilege to protect themselves with private security and safer neighborhoods.

Woke politicians like Yuh-Line Niou and others who seek to defund the police and support no-bail policies are irresponsible hypocrites who are doing incalculable damage to our city, especially to the residents of lower-income communities.

How these politicians look at themselves in the mirror each morning is beyond me.

I was disappointed to read Wednesday’s article slamming state Assembly woman Niou for statements she said about police funding and for moving into what she considered a better, safer neighborhood.

As a former director of Southbridge Towers, a downtown cooperative with approximately 5,000 residents, mostly seniors, let me say she has always helped us, especially during the pandemic.

She has also supported the Chinatown community extensively, particularly against the city’s insistence upon locating a jail in the midst of their community.

And since when is it considered offensive to move in with one’s boyfriend?

Defund the police is the most ridiculous issue that the left has come up with. Go out in the high-crime areas and ask the people what they want.

What the police need is better training and money to spend on training.

If the people in Niou’s district elect her, then they deserve what they get: an arrogant, narcissistic hypocrite who does not care one bit about the safety of average citizens, as long as she’s safe.

For her to maintain her position as a proponent of defunding police after she moved to a safer area because she was the victim of a crime in Harlem is despicable.

However, like so many on the political left, she doesn’t view that as hypocrisy at all because she’s more important than average citizens.

This kind of disgusting leftist ideology is destroying our society.

Assemblywoman Niou was robbed where she once lived, so she decided to move because of the crime in Harlem.

She was the victim of a crime, which keeps rising in New York City, and she runs to a safer neighborhood downtown. The worst part of this is she’s anti-cop and supported defunding the NYPD.

I would like to know when these Democrats will get it through their thick heads that the only way to fight crime is to have more police and anti-crime units on the streets. Running away from crime, like Niou did, is not the answer.

Yuh-Line Niou is the height of hypocrisy.

Someone who intentionally leaves a crime-ridden area to live safely elsewhere is quite the norm for the fortunate, but Niou takes it further by denouncing and trying to push her defund-the-police agenda.

This is simply another example of the pathetic mindset of these hard-left politicians. But they’ll be the first to call 911 when their lives are in danger.