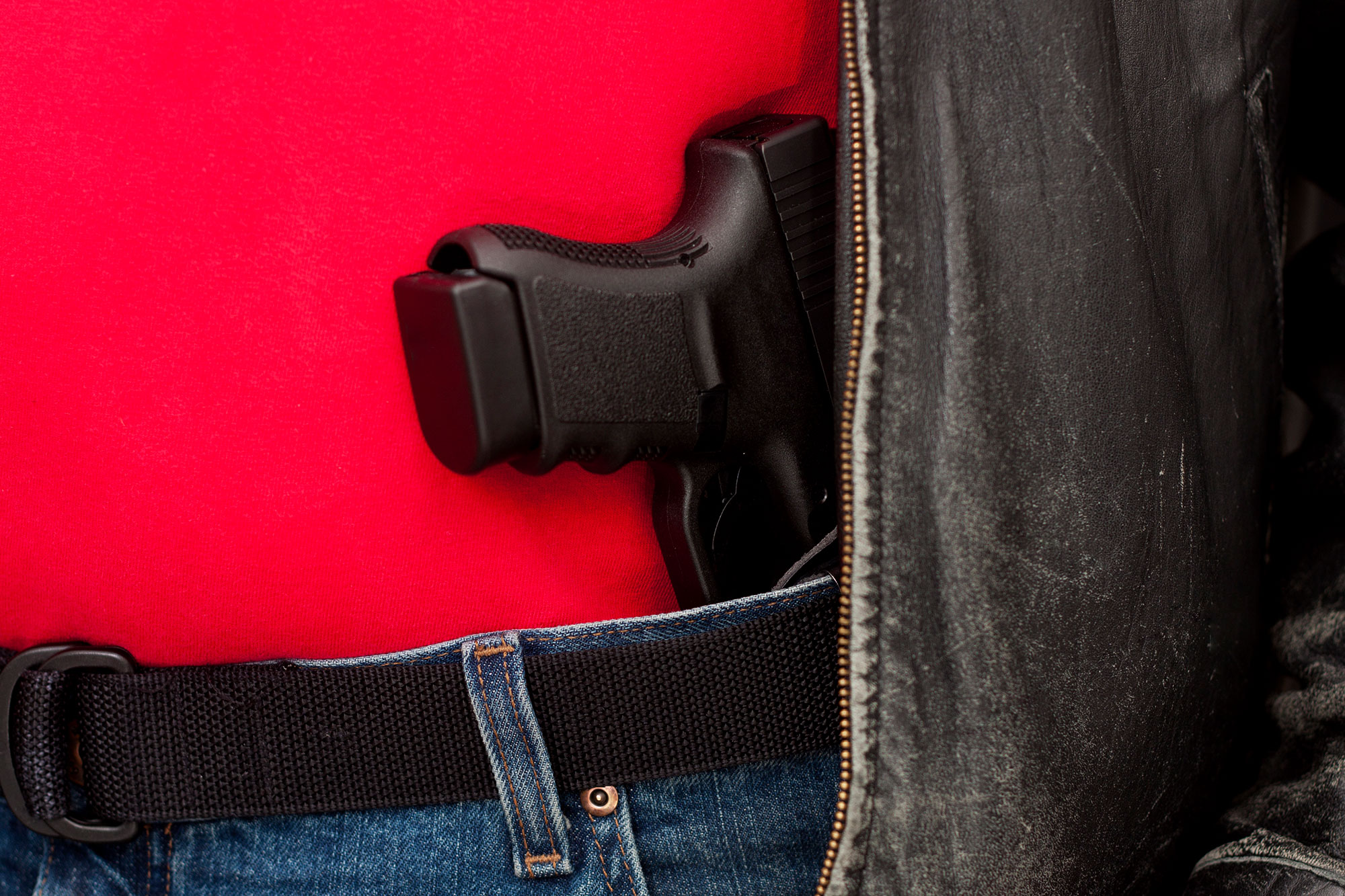 The Issue: The Supreme Court’s overturning of New York’s law restricting the carrying of concealed firearms.

I believe The Post’s editorial about being disappointed with the Supreme Court’s ruling on concealed carry is misguided (“Supreme Disappointment,” June 24).

I am a former New York resident and had a concealed carry permit. I had to be fingerprinted, give references and was subjected to a background check before I was approved.

In these hyper-polarized times, there are very few issues that folks on the far left and far right agree upon.

But here in New York City at least, pretty much everyone more or less despises the conservative-led Supreme Court overruling of our state’s century-old gun law.

Reading Friday’s editorial in The Post only confirmed my perception on this matter.

So I feel I can speak for pretty much all Gothamites when I say to our dear, sweet, well-intentioned, God-fearing, Republican-appointed Supreme Court justices: “Stay off our lawn.”

Criminals and sexual predators have had it easy in our inner cities.

They could act with impunity in the knowledge that they had a big advantage over their victims: They have a weapon, and their potential victim is very likely unarmed and defenseless.

In the case of sex crimes, the male perpetrator usually has a huge advantage in size in strength. This is all about to change with the new Supreme Court ruling allowing law-abiding citizens to bear arms.

Criminals will have to think twice before approaching a potential victim. Law-abiding citizens who bear arms will not increase the amount of gun violence, but they will give pause to criminals who already have illegal guns.

What planet are the justices on? Overturning this law means more people with little or no training in gun use will flood the streets. Do they realize how many states are going to follow this lead and spread it like cancer?

If politicians would place more attention on unlawful gun owners or businesses that sell guns through third-party entities that end up in the hands of street dealers, criminals and youths, it would go a long way.

The highest court in the land has opened the gate to Wild West days.

Bravo to the Supreme Court. Law-abiding New York City families have been experiencing numerous attacks and intimidations in our city. We have been cowed and have lost our freedom.

Presently, we are not protected by the handcuffed police and judicial system. Thank you to the Supreme Court for enforcing our Constitution. Now not only criminals can have guns.

What a reckless decision to make at a time when less guns should be available.

To mandate that it’s OK to carry a gun if you choose to and to consider this just another item to carry along with your cellphone is mind-boggling. I am amazed that the Supremes could have come to such a decision.

To every action there is a reaction. It’s a basic law of physics.

After district attorneys in liberal cities refused to prosecute violent criminals and reduced the cities to a state of anarchy, the Supreme Court wisely upheld the true meaning of the Second Amendment by allowing people to exercise their natural, God-given right to defend themselves.

What The Post wishes Joe Biden’s cue card would say