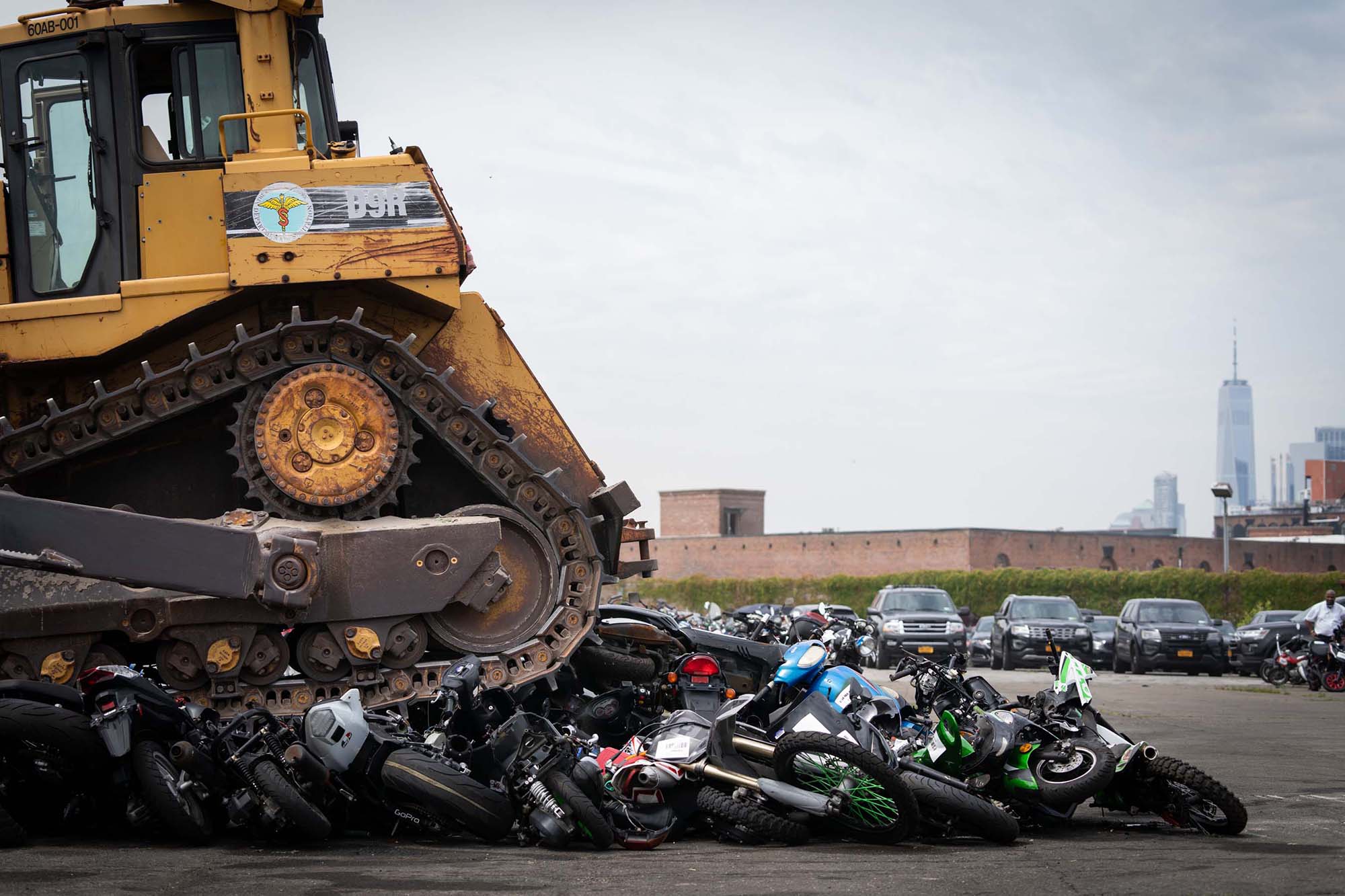 Did you all sleep well last night (“Crushing victory,” June 22)?

Do you all feel nice, safe and secure now that the plant-based mayor destroyed 92 motorbikes?

These vehicles could have been put up for auction to make money for the city, but he needed a photo-op to distract everyone’s attention from his real problems and failures.

Mayor Adams doesn’t give a damn about subway crime, smash-and-grab robberies or the widespread open use of illegal drugs on the city streets, just as long as he can strut around and show his swagger at celebrity parties. It’s Mayor Bill de Blasio 2.0, folks.

I read the article in The Post concerning Mayor Adams having 92 dirt bikes crushed because they were being ridden on New York streets illegally.

Doesn’t anyone know that it’s the criminal breaking the laws, not the dirt bikes or the guns? We don’t blame the car for the drunk driver.

Mayor Adams, you need to lock up these law-breakers to keep us safe and punish the criminals.

Instead of destroying off-road bikes and quads and making a BS spectacle, they could have sold them, with the much-needed funds going to groups based in the areas they were seized in.

There are plenty of upstate farms that could have used the bikes/quads and would have put them to good use in farm control and team support to make life easier for an industry in trouble.

Once again the dancing, party-time mayor misses the point. It looks like he is joining in on Mayor Putz’s plan of attack. Get out of the high life, mayor, and join reality.

Your mayor is a drama queen in search of any photo-op that demonstrates he’s doing something, even if it’s not one of the priorities on any New York City voter’s list.

He’s either as clueless as his predecessor was or he’s getting poor advice from aides and staffers.

Running a bulldozer over these bikes is all show, and selling the resultant mess for mere scrap is a silly and unnecessary statement.

The bikes aren’t dangerous and evil. It’s the morons and clowns who ride them menacingly and flout all laws that apply to them.

There are out-of-state auction and salvage companies that would have bought and transported them far, far away to be refurbished, sold or cannibalized for parts.

The additional money from such an auction could have gone toward feeding New York City’s homeless or some other worthwhile cause.

And getting rid of the 92 bikes that way wouldn’t have cost the taxpayers a dime.

How much did the bulldozer stunt end up costing New York City?

Shame on Adams for this ridiculous dog-and-pony show.

Destroying a few dirt bikes will do nothing to end the constant threat of illegal bikes on New York City sidewalks and streets.

Pedestrians live in endless fear of being mowed down by bicycles and motorized vehicles whose riders ignore all traffic laws and have no identification and no insurance.

Adams must make it clear that sidewalks are for one thing only: pedestrians.