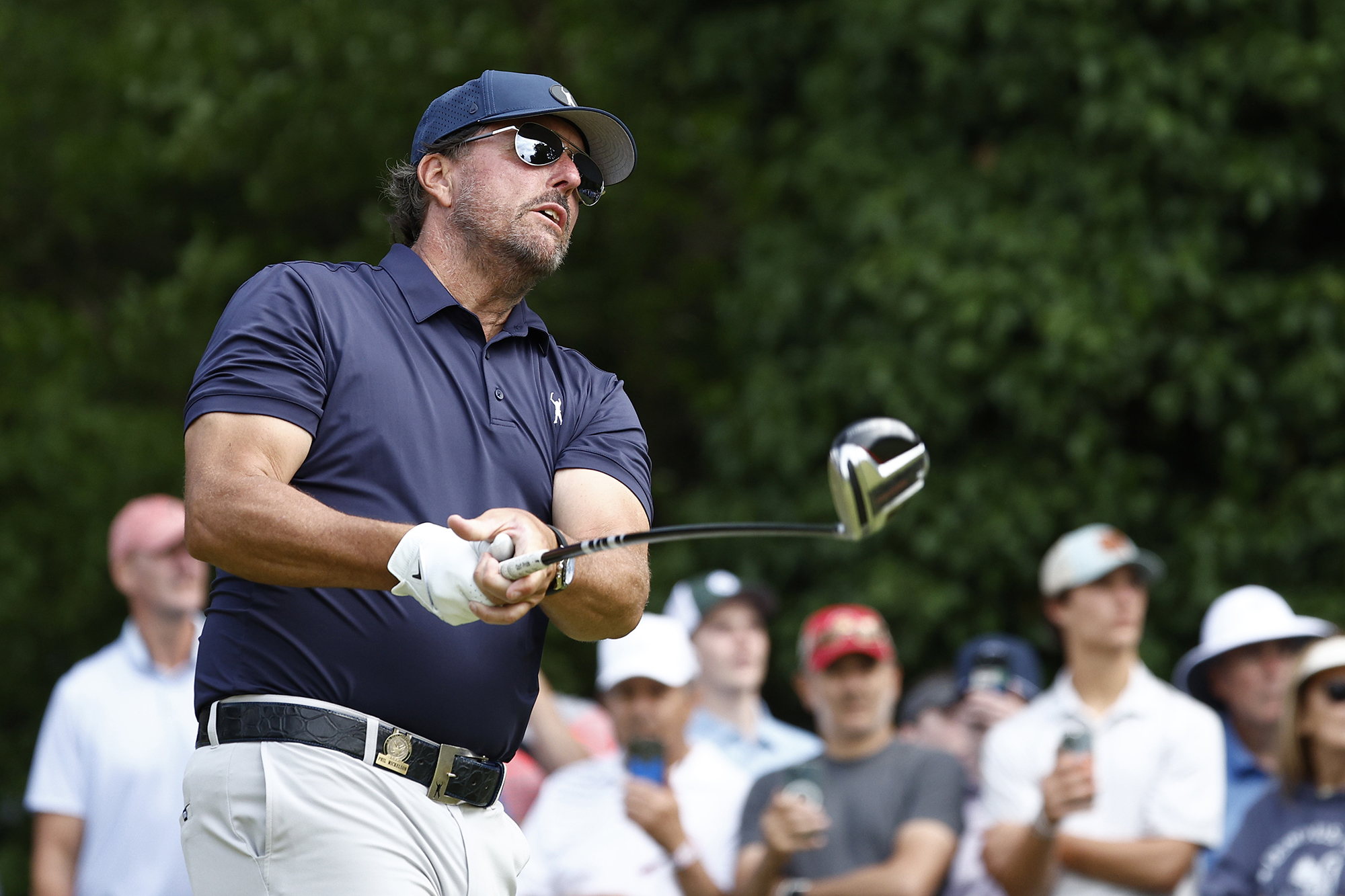 The Issue: Howard Stern’s criticism of Phil Mickelson for participating in a Saudi-backed golf tournament.

It amazes me that everyone in the golf world is attacking Phil Mickelson for joining the LIV golf league because it is run by a Saudi prince (“Stern tees off on Phil,” June 15).

At least Phil was honest and said he did it for the money. What is President Biden’s excuse? He is running there to beg the Saudi government for oil — and a lower price on it. Why? Because he is trying to save his hide.

He destroyed our oil industry, which was self-sufficient.

Now he has to go to Saudi Arabia for oil.

How is that “green”? Instead of Saudis pumping it and shipping to us, burning fuel in the process, we could be using our own here. Does anyone else see an issue?

Why isn’t everyone on Biden for going to Saudi Arabia?

I had to laugh about Howard Stern calling all golfers who took part in the Saudi tour “sellouts.”

How quickly he forgets what a sellout he is: He used to have former President Donald Trump on his show regularly and kissed up to him about all the woman he would date. Then he bashed Trump once he became president. You’re the sellout, Howard.

The fact that you had an article about Phil Mickelson in your paper quoting Howard Stern was absolutely insane.

Howard has made fun of black people in blackface, made fun of people with disabilities — and I can go on and on.

It’s golf, nothing more. I don’t see articles about those in golf or other sports kissing the backsides of China and the many other countries that have human-rights issues.

Just look at equipment manufacturers and see where they do business. And since when is the PGA without sin?

Is Howard Stern going to go off on LeBron James? Is he going to get rid of all the stuff in his studio that is made in China? I doubt it.

He’s another hypocrite who thinks people care what he says. This no-talent scrub made a living off of degrading women and people with deformities. Just take a look at how he said Saudi people would be talking to sheep or camels if it weren’t for oil.

Who is he to judge anyone’s decisions after the way he exploited people to make his fortune?

The great former NYPD commissioner Ray Kelly is spot on with his three proposals to help reduce crime in the city (“How To Crush Crime,” PostOpinion, June 16).

However, he fails to mention that those proposals mean nothing under the current bail-reform system.

Criminals know that under the current law, they will be out on the street well before the ink on the arrest reports dries. Until sanity is restored to the governor’s office as well as the legislative branch, his proposals are just window dressing on our revolving-door judicial system.

City and state officials must stop the “appease my base” rhetoric and get serious if this city is to be saved.

Police today know they are under close scrutiny regarding proper procedures. They need support from government and trust from the public.

They cannot do their job if they fear reprisal and second-guessing from know-it-all politicians who have no clue about the circumstances they face daily (Mayor Adams excepted). Take the cuffs off and let them do their job.

Federal ruling on skirts could put our charter schools at risk