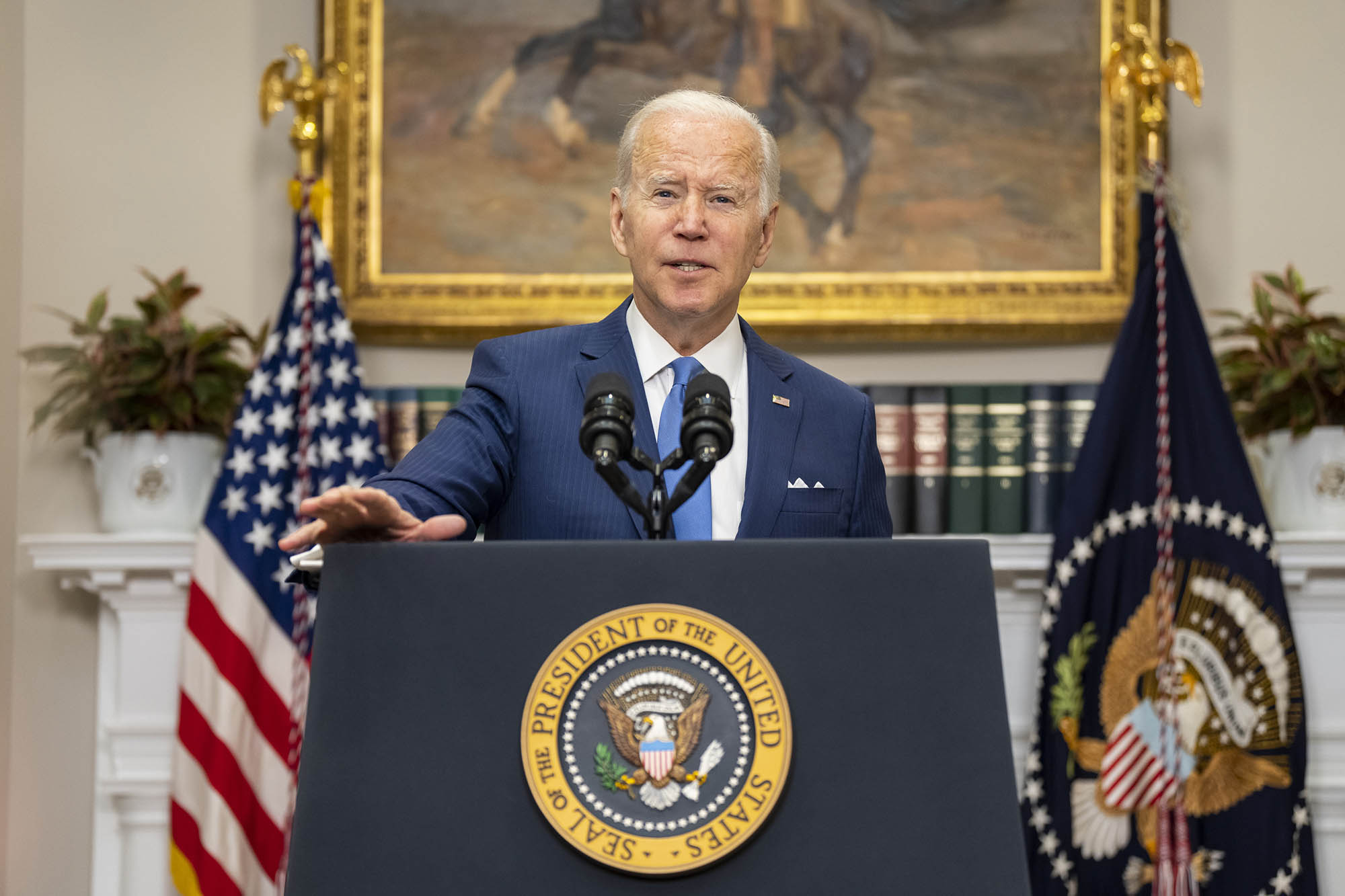 The Issue: Reports that Democrats are worried about President Biden’s electability in 2024.

The idea of President Biden running for re-election is the biggest political joke of all time — even bigger than “defund the police” (“Say it ain’t Joe,” June 13).

He’ll turn 80 years old later this year, and he acts like he’s 90. His poll numbers are in the toilet.

If somehow he were to make it to the 2024 election, all the Republican nominee would have to do is rebrand Ronald Reagan’s simplistic line, “Are you better off today than you were four years ago?”

The problem with the Democratic 2024 message is that people know what peace and prosperity look like because we saw them during the first three years of the Trump administration — and we want them back.

Biden did not run for president because of Charlottesville or to save the soul of America. Just as he did 34 years ago, he ran because he thought the presidency was his destiny.

If he chooses to run again, his hope of being the next Franklin Roosevelt will be permanently put to rest. The only two presidents that he will be compared to are Franklin Pierce and Chester Arthur, respectively the last sitting presidents not renominated by their own party. It is a list history has not been kind to.

The Post’s front page “Say it ain’t Joe” said it all.

The American people, especially blue-collar workers and middle-class homeowners, are getting torn to shreds by the actions and inactions of Biden, who appears to be in over his head.

Inflation is now at historic heights, and it’s getting worse. Gas prices are going through the roof. With the way grocery shopping is going, we will soon have eggs going for a dollar each. Everything that could go bad is going bad.

I certainly hope the Democrats get hit by a red tsunami in the upcoming midterms. I also hope all those Biden voters see what they have caused. We can’t Build Back Better with Biden.

We’ve seen this before. After the Democrats successfully forced Richard Nixon to resign, they served up Jimmy Carter as the man that would unite our country and heal it after our long national nightmare. All we got were gas shortages and high inflation.

Fast forward to 2016, where the Democrats once again used their venal dirty tricks to try to topple former President Donald Trump and succeeded in making him a one-term president.

What resulted, though, is far worse than Jimmy Carter: a president with a questionable past, who many think is senile and whose policies have resulted in American soldiers being killed, porous borders, record inflation, record gas prices and an overall decline in American prestige and strength.

The good news is we got eight years of President Ronald Reagan after Carter. Whether Winston Churchill said it or not: Americans do the right thing after they’ve tried everything else.

Does anyone with even half a brain think that Biden should run again in 2024?

He isn’t fit to run the country now. Imagine what kind of physical and mental shape he would be in by 2024.

Our country is in worse shape in virtually every way since he took office. Our foreign policy, starting with Afghanistan, has been a disaster and has put our country in a dangerous place.

Domestically, he’s destroyed our energy sector, inflation is out of control, crime is rampant and the border is a humanitarian and national security catastrophe.

The only thing Biden has in his favor is that if he were removed, the country would be stuck with Vice President Kamala Harris, and that would actually be worse. God help us.

Why would anyone reelect an incompetent, delusional president who is destroying America from within, doesn’t care about the safety and security of US citizens and may get us into a war with China or Russia by the end of 2022?