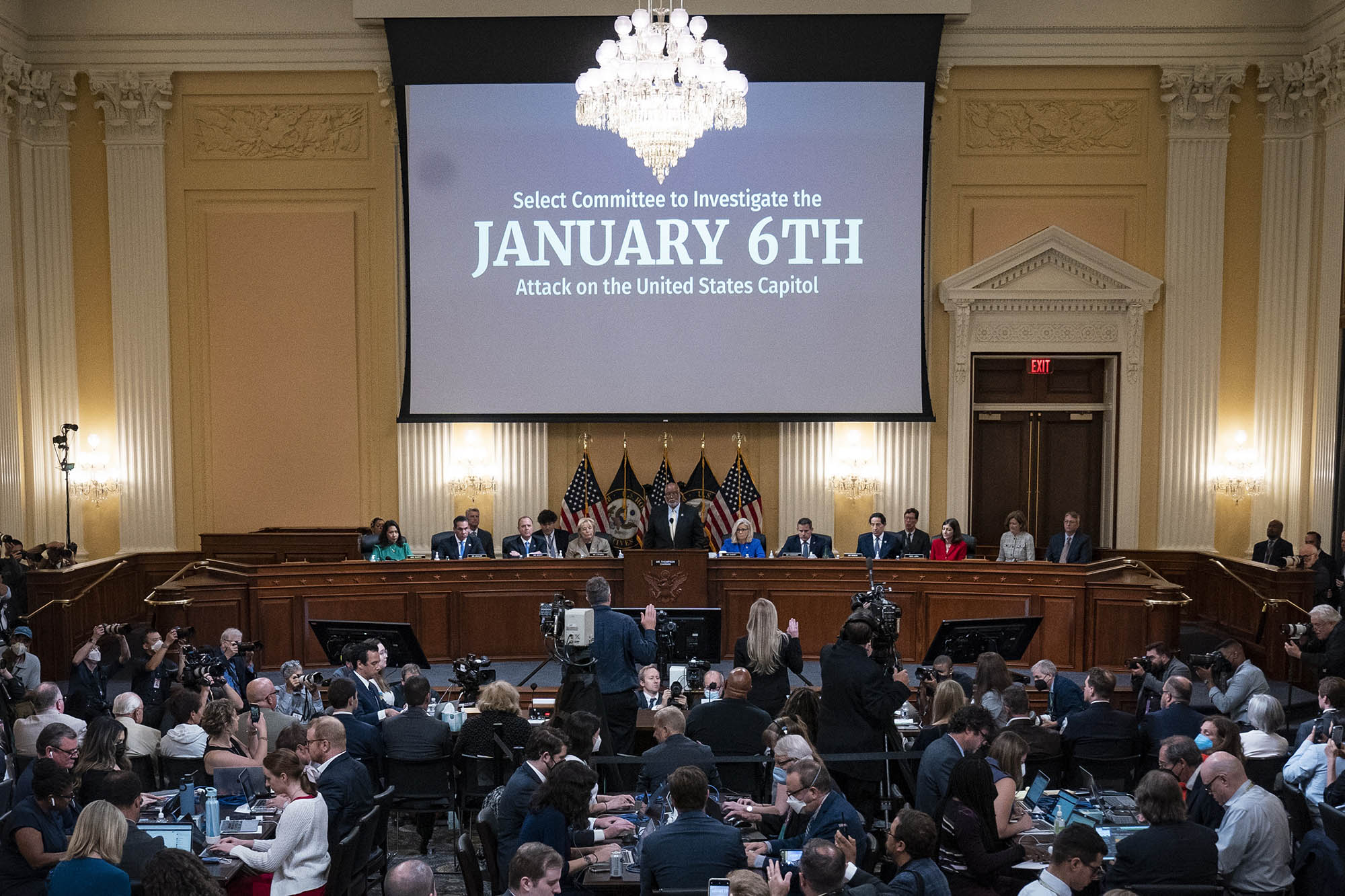 The Issue: The televised House select committee hearings on the Jan. 6 Capitol riots.

As a proud Republican, I don’t agree with him. Former President Donald Trump’s disregard of democracy on Jan. 6 must be confronted head-on.

I’m not only referring to the insurrection during the day of Jan. 6 — more egregious was his attempt to steal the election from President Biden (who I abhor) by influencing Republican members of Congress to vote against certifying Biden and threatening his loyal Vice President Mike Pence if he did not refuse to certify Biden.

This must be brought to voters’ attention, especially since Trump will likely run again for the Republican nomination in ’24.

Republican senators are well aware of Trump’s threat to democracy. If they had spines and voted to convict him after he was impeached, he couldn’t ever run for public office again, so this wouldn’t be necessary.

The highly partisan House select committee for Jan. 6 is the modern-day version of the Salem Witch trials.

The committee won’t be happy until they put Trump in jail.

Instead of these grandstanding clowns addressing Jan. 6, how about the economy? What about the oil companies’ catastrophic, monopolistic price increases? I guess they think that wouldn’t be good TV. But neither will these stupid hearings.

All of this was reviewed through the impeachment hearings and criminal prosecutions, many of which are ongoing. It’s time for politicians to focus on what’s really hurting America, much of which is their fault.

Nothing new was exposed Thursday night. The “investigation” was actually a Trump-hating infomercial.

This is a continuing effort after the failed Robert Mueller investigation and two fraudulent, partisan impeachments with no conviction to stop Trump from being allowed to run in 2024.

Although those who pay attention knew a great deal about what happened on Jan. 6, and how it happened, the committee has placed a bright light on the extraordinary efforts engineered by a president whose monumental ego, extreme narcissism and immorality pushed him to engage in one sham after another in a desperate effort to overturn the result of a legitimate election and so remain in power.

Rep. Liz Cheney said it all in the introduction to the hearings: “I say this to my Republican colleagues who are defending the indefensible: There will come a day that Donald Trump is gone, but the stain of your dishonor will remain.”

The Democrats are preparing for the upcoming midterms, and their main attraction opened Thursday night.

That was the day their Jan. 6 committee hearing revealed its predetermined conclusion that Donald Trump fomented, planned and executed what they call an “insurrection against the UInited States.”

All the Democrats are on board, along with two Trump-hating Republicans who were selected by House Speaker Nancy Pelosi.

This is sure to whip up and agitate Democratic voters, but it will also whip up Republican and independent voters who are already incensed by record gasoline and heating-oil prices, inflation, supply-chain interruptions, open borders and scarce baby formula issues.

The hearings in prime time are to simply persuade people to continue voting for leftist policies that have completely destroyed this country.

It’s to remind you that the “attack” on the Capitol is the worst thing that could ever happen to our democracy.

Yes, just leave it to the Democrats, who have nothing to run on except a wrecked economy.

Editor’s Desk: a WWDC 2022 finale, as stage gets set for fall

Carolines on Broadway continues to recover from COVID shutdown