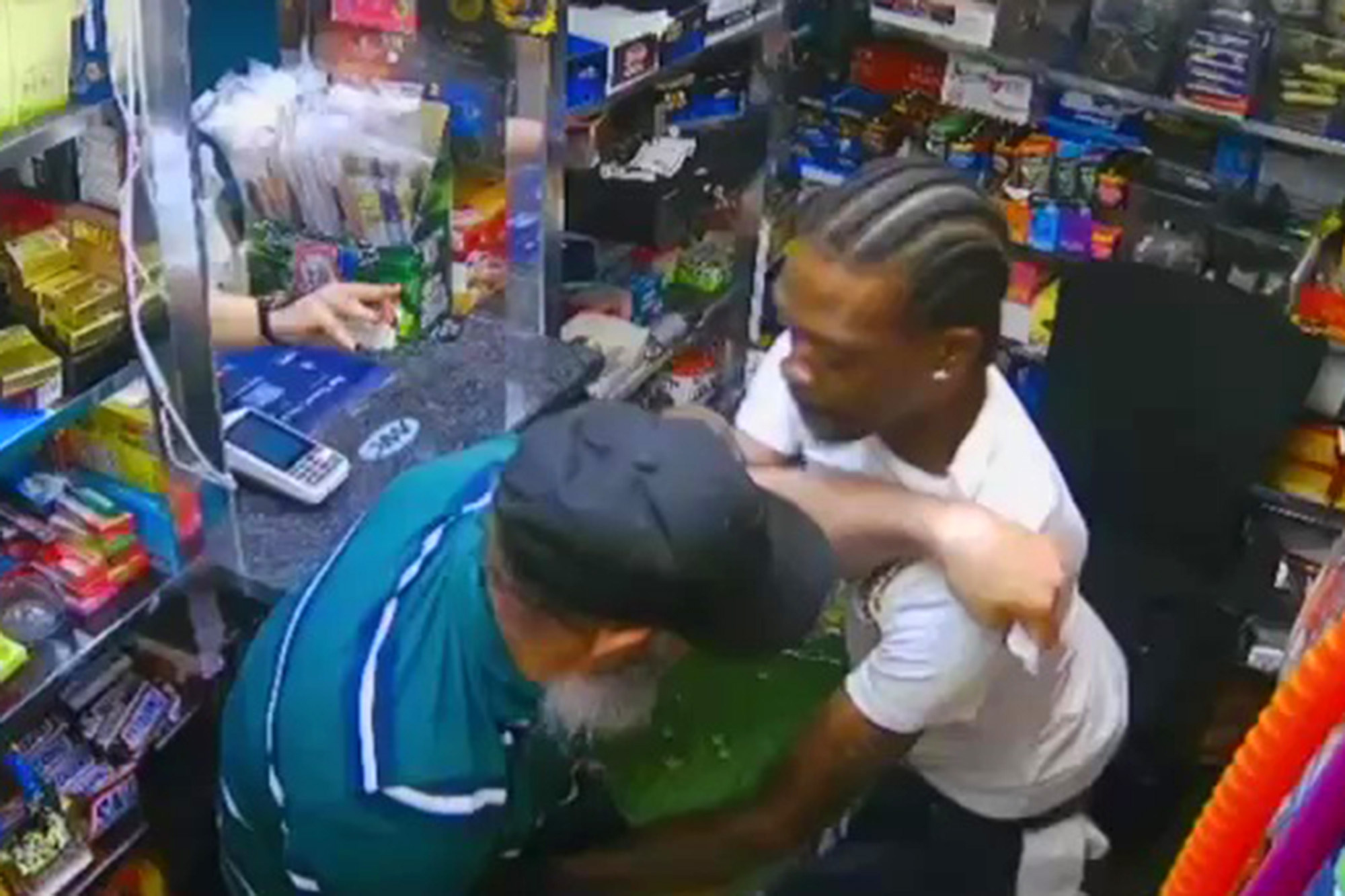 The Issue: A bodega clerk who was arrested after stabbing a man who was attacking him.

It’s not surprising that a New York City district attorney would punish the victim of a crime yet do nothing to one of the alleged perpetrators (“Clerk’s shelf defense,” July 6).

New York district attorneys have a habit of giving hardened criminals a slap on the wrist, and Manhattan District Attorney Alvin Bragg is another example after his office sent Jose Alba to Rikers Island on $250,000 bail (since lowered) for defending himself from an attack.

If only New Yorkers could take a page out of San Francisco’s book and recall Bragg the same way San Franciscans recalled DA Chesa Boudin for his progressive, soft-on-crime views.

The sad story of the bodega worker who was sent to Rikers on a second-degree murder charge because he defended himself borders on absurdity to the max.

Bragg is the most moronic district attorney that this city has ever had.

He sends a bodega worker — who has never gotten in trouble and who even once owned his own business — to jail when a video clearly shows he was attacked and had to defend himself.

Gov. Hochul has the power to remove this moron from office. How anyone votes for her if she does not do so is beyond me.

This is another incident that makes one wonder where our civilization is headed.

Alba was working hard late at night, trying to make a living. Unfortunately, some woman was out at 11p.m. with a child who should have been tucked in bed at home. And what is the urgency of being out so late? To buy a bag of chips — that she didn’t have enough money for.

So, in a temper tantrum, she enlisted Austin Simon. Of course, being entitled, Simon berates and attacks Alba. It was a classic example of an aggressor mistakenly thinking the victim will roll over and capitulate, but Alba defended himself, and Simon is now dead.

Simon’s lack of good judgment and his own threatening behavior caused his demise.

Mind you, this is all about a bag of chips. This woman is totally responsible for creating the situation. She should be charged — and Alba should be exonerated.

It is quite obvious by now that as long as people like Bragg are in charge of our district attorneys’ offices, criminals will run free, while good hardworking citizens like Alba will be prosecuted for protecting their life and property.

As far as I’m concerned, Alba is a hero who fought back against a career criminal, while Bragg, Mayor Adams and Gov. Hochul do nothing but handcuff the NYPD and let criminals walk free.

Come November, New Yorkers need to wake up and vote out Hochul and the crew in Albany who are continuing to destroy this state and city.

Why? Because he is probably at least tied for being the bravest working man in all of New York state.

Alba’s courage in protecting himself from a violent ex-con, with seven prior busts, who was positioning himself to kill Alba was an example of displaying necessary courage.

Alba’s momentous act of self-defense should put an end to the career of Bragg, whose office charged Alba with murder and locked him up. Alba needs to be free. Bragg needs to be put out of office.

I only hope all the people realize Alba is a real hero. He is no jailbird. If any defender ever deserved a blessing, Alba does.

Governor, have the courage to fire Bragg for his dereliction of duty in not prosecuting criminals and prosecuting people who are defending themselves.

If the governor can’t make sure the city is safe, she is guilty of the same thing.

Why we must defeat Russian imperialism now