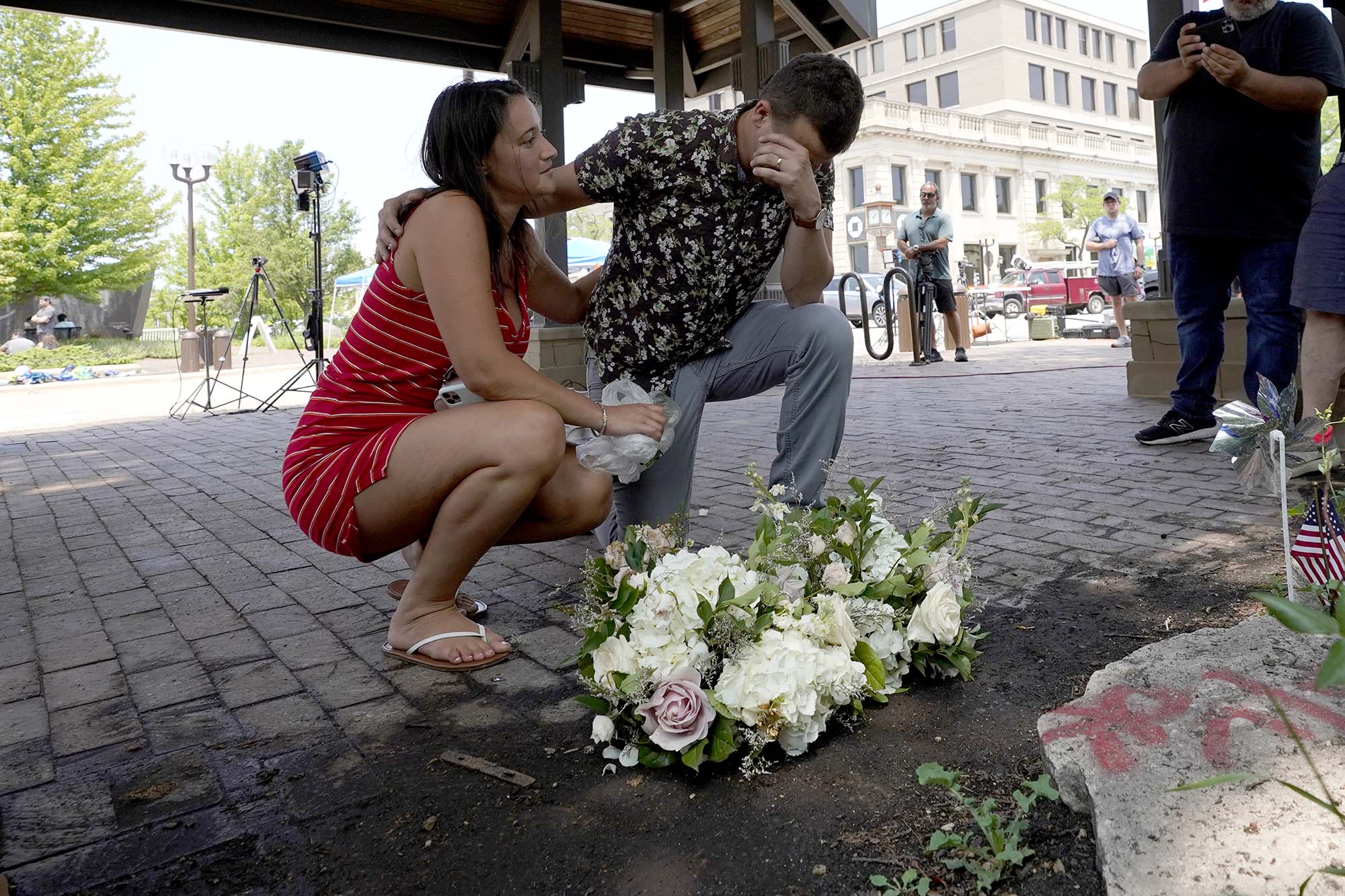 The Issue: A mass shooting that left seven people dead during a July 4th parade in Highland Park, Ill.

Tragically, mass shootings, like the one that occurred at the Fourth of July parade in Highland Park, Ill., have become more American than apple pie (“Fourth of July terror,” July 5).

But what can be done to stop these daily massacres? Should every man, woman and child be forced to go through a metal detector before entering a theater, church, grocery store or school or attending a sporting event, a concert or a parade?

Instead of abrogating the right of Americans to gather peacefully, Congress must act immediately to ban milliary-style assault weapons with high-capacity magazines. These “weapons of war” were designed for one reason — to kill as many people as possible in as short a time as possible — and someone tragically did exactly that on July 4, killing seven and wounding more than 30.

Global tourism agencies should issue a warning that people visit the US at their own risk. No place is safe in the United States. It’s a sad but ugly truth.

If we continue attacking the stem instead of the roots, we will never stop the momentum of killings that create fear.

Perpetrators like Robert “Bobby” Crimo III are mostly loners who slip through the school system unnoticed.

Congress must enact a law that any individual who posts about killing on social media will be forced to undergo mental observation.

It’s true that freedom to express oneself is a fundamental right, but every law has exceptions. This should be one of them.

Another young man has decided that other people’s lives are his to extinguish.

Predictably, all attention is focused on the tool he chose instead of the culture that shaped him.

In our schools, children are taught that our country is irredeemable. Their movies, games, and music celebrate killing and sex without commitment. The nuclear family, where it can be found, is regarded as a hotbed of dysfunction and prejudice. Religion is for fools.

Our young people marinate in negativity, ugliness and self-hatred. Why would we expect them to think life is worthwhile?

Crimo went on a rampage, killing seven people and injuring more than 30 others in Highland Park, a suburb of Chicago. This is most sad indeed.

All these mass shootings around the country have many of my fellow Americans living in fear.

Our nation needs Congress and law enforcement to come up with plans to deal with the mentally ill and prevent them from buying guns whose only purpose is to kill their fellow human beings. These egregious and nefarious acts of violence must stop now.

When I went to school, we had prayer and, at 72 years old, I’ve never had a desire to kill anyone. Our nation has lost its way and needs to return to prayer.

To those who were injured and those who lost relatives, friends and co-workers, I offer my heartfelt prayers.

The role that social media can play in these mass shootings has been significantly undervalued, especially since we know that YouTube and Facebook took down posts by the Highland Park shooter after the fact.

These companies have no problem banning someone when he says something they don’t agree with, which shows they do pay attention to what is posted.

It is the responsibility of parents to know what is going on with their kids, and it is time for social-media companies to flag suspicious posts and stop people from livestreaming these acts.