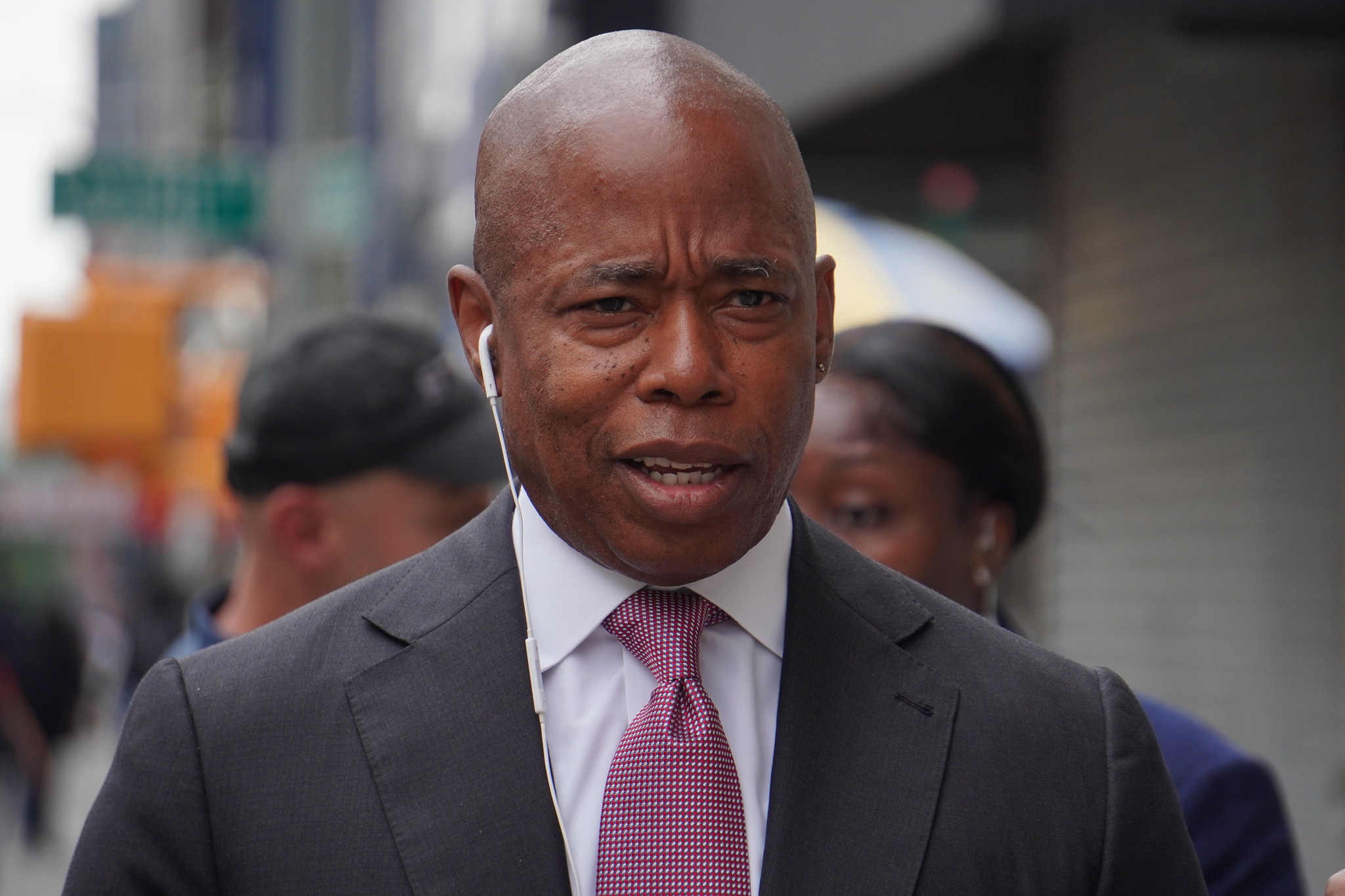 The Issue: Michael Goodwin’s call for Mayor Adams to strongly criticize policies that are hurting the city.

The mayoralty is more than flashing a big smile, attending celebrity galas and dinners and kissing babies. While the mayor is enjoying all the perks, Rome is burning.

People are dying in the city Adams has sworn to protect, to defend and to ensure prosperity for. We can all see what’s happening to the city, and we know what needs to be done.

It appears that he is allowing politics to come before the promises he made when he should be showing some raging anger.

When is Michael Goodwin going to realize that this city was sold a bill of goods when it elected Adams as its savior?

The people were duped into believing that he was a moderate Democrat who was going to take on Gov. Hochul and the progressive Democrats in Albany, not to mention the district attorneys.

Just because he’s a retired NYPD captain doesn’t mean he was a cops’ cop. He was not. He was more interested in equity than he arrests.

If he was really interested in reducing crime in New York City, he would support a Republican for governor or he would be rallying supporters on the steps of the state capitol and refusing to move until these dangerous criminal reform and cashless bail laws are changed. But don’t hold your breath.

A hockey player whose skills were mainly as a fighter once said: “One must have the will to do battle.” Sadly, as Goodwin has been stating these many months, Adams does not.

Mayor Rudy Giuliani was a pit bull. Former Mayor Michael Bloomberg was a technocrat who viewed his programs as jobs to be accomplished for the success of the city. Adams is neither.

On the rare occasions when he confronts Hochul and the Albany Legislature, he makes a one-time critique and never follows up. It’s as if he is afraid they will be angry at him and cause problems.

With his penchant for social events and playing dress-up and his failure to confront rogue district attorneys, it’s painfully obvious he does not have “the will to do battle.”

Adams thinks he is good at playing it both ways. He knows the public is tired of crime and police-bashing and calls for defunding, so he talks that game.

When it comes to action, he refrains from offending the hard left, who see no problem with criminals running wild and police being hung out to dry.

The result is more of the same — crime, homelessness and the perception that we are an unsafe city. This keeps tourism down and hurts restaurants, workers, hotels and more.

His act of wearing designer suits and attending parties has grown tiresome. It is time for people to wake up and understand that this is what Democrats have done to our city.

Adams talks a good talk, but as a Democrat, he never mentions the names of those responsible.

You have a bully pulpit — use it. Hochul, Sen. Andrea Stewart-Cousins, Assembly Leader Carl Heastie, and Manhattan District Attorney Alvin Bragg are the individuals responsible for the crime surge.

Until he blames them directly, nothing will happen. But of course he’s a Democrat, so he’s not trying to make waves.

Its now evident that the current New York City mayor is no more than a sad sack of spectacularly failed progressivism.

He plays the worn-out race card. He represents the weakness and cowardice of so-called leadership that remains afraid of its own federal and state party hierarchy.

The unintended effect will be millions of engaged voters in lockstep, marching together to stop this madness.

Recession another victim of Democrats’ rewriting of the English language