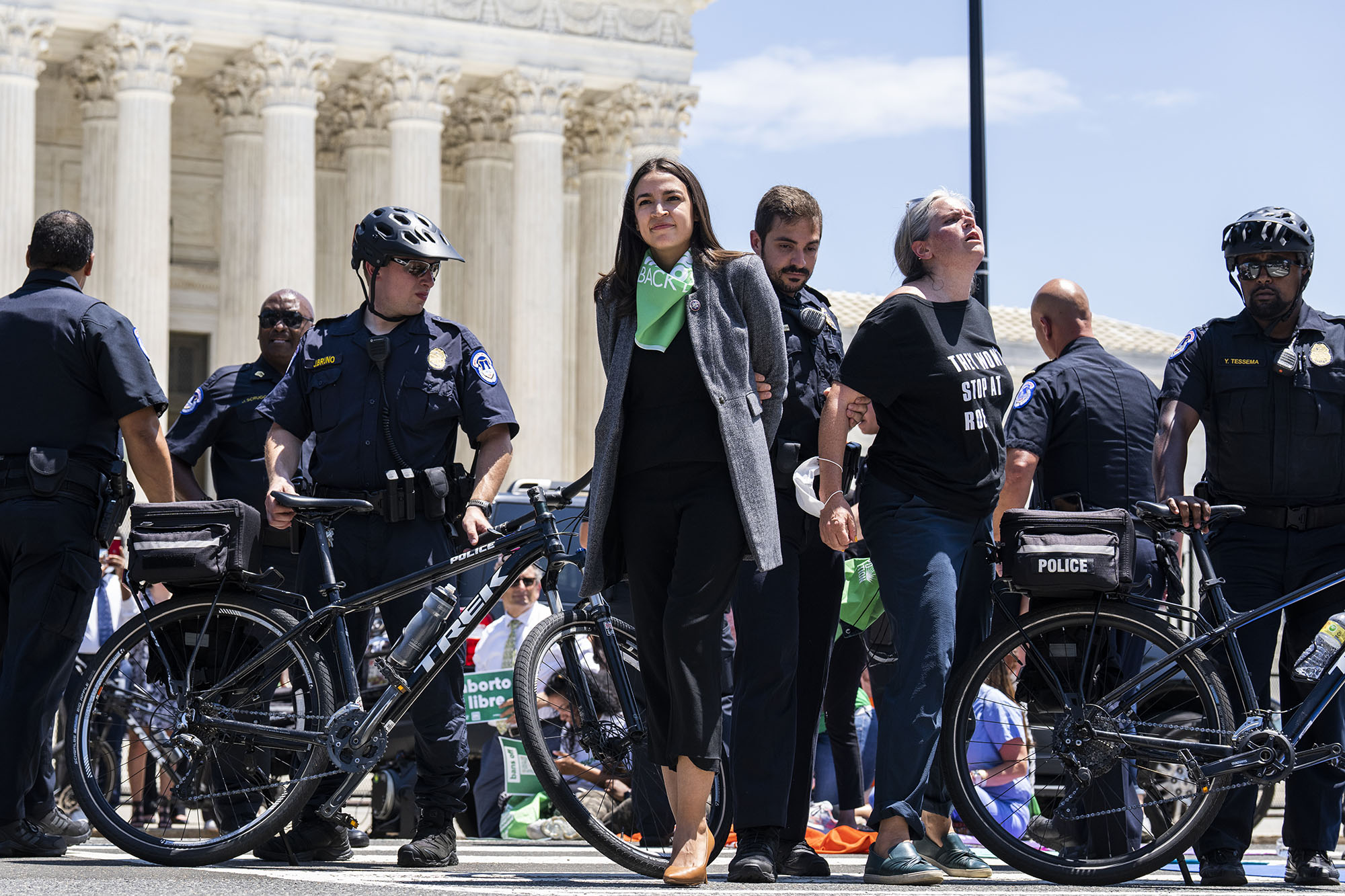 The Issue: Rep. Alexandria Ocasio-Cortez’s fist-pump during her arrest at a pro-choice rally last week.

Rep. Alexandria Ocasio-Cortez is a world-class fraud, but give her credit for advancing two or maybe three false narratives: The gritty champion of the middle class faked her handcuff restraints and tried to make it sound like this stunt was necessary to avoid aggressive law-enforcement behavior (“AOC’s ‘ham cuffs,’ ” July 20).

What do we expect from the Kim Kardashian of US politics?

AOC said she put her hands behind her back in order to de-escalate the situation with the police.

Is the congresswoman so out of touch with reality that she thinks reaching and hiding her hands behind her back when dealing with the police is really the best way to handle the situation?

Liberals do not want to end oppression. They cherish oppression. Victimhood is a fetish. It’s an ironclad excuse for all manner of self-serving activity.

You never have to examine yourself if it’s always someone else’s fault. Any gross action can be excused if it’s resistance to “them” keeping you down (whoever “they” are).

See how AOC just couldn’t keep up the oppression act: She lost the discipline to see her own stunt through. A victorious fist-pump was just irresistible.

She wasn’t there for women’s rights. It was a fun game for her, and getting arrested was the perfect end to a perfect day.

The “arrest” of AOC shows her principled beliefs are true and unwavering.

It was just days ago I read with great sympathy how she is struggling on her $174,000 yearly salary and yet, despite her financial quagmire, she inimitably put herself even deeper in debt by protesting and now faces a $50 fine.

Since GoFundMe suspended the account for Jose Alba, there is room now for this heroine to start a page. However, I’ll search for a more believable dog-and-pony show to donate to.

In an effort to garner some credibility, AOC, after being arrested at a pro-abortion demonstration, could not even assume the position correctly.

The heavy coat in 90-degree weather may have hoodwinked a handful, but the fist-pump was a sure giveaway that she was never handcuffed.

The Issue: A complaint alleging that the environment on CUNY campuses is hostile for Jewish students.

When I attended Brooklyn College in the late 1970s, it was an extremely affordable local college choice for Orthodox Jewish kids who wanted a good education (“CUNY ‘hostile’ to Jews?” July 24).

We mixed easily among other cultures and ethnicities, befriending individuals we might otherwise have never mixed with.

How have we arrived here, at the crossroads of frank anti-Semitism and intolerance? The current reality is shattering for this ex-student, who got a stellar education (sans pushback) as a practicing Jew then.

As a proud member of the CUNY faculty at New York City College of Technology, I have always felt comfortable here being Jewish. I respect my colleagues for their diversity, and they respect mine.

Faculty members from other CUNY campuses should come together in unity and show tolerance for differences in the spirit of Dr. Martin Luther King, Jr.

DeSantis is more appealing than Trump to independent voters