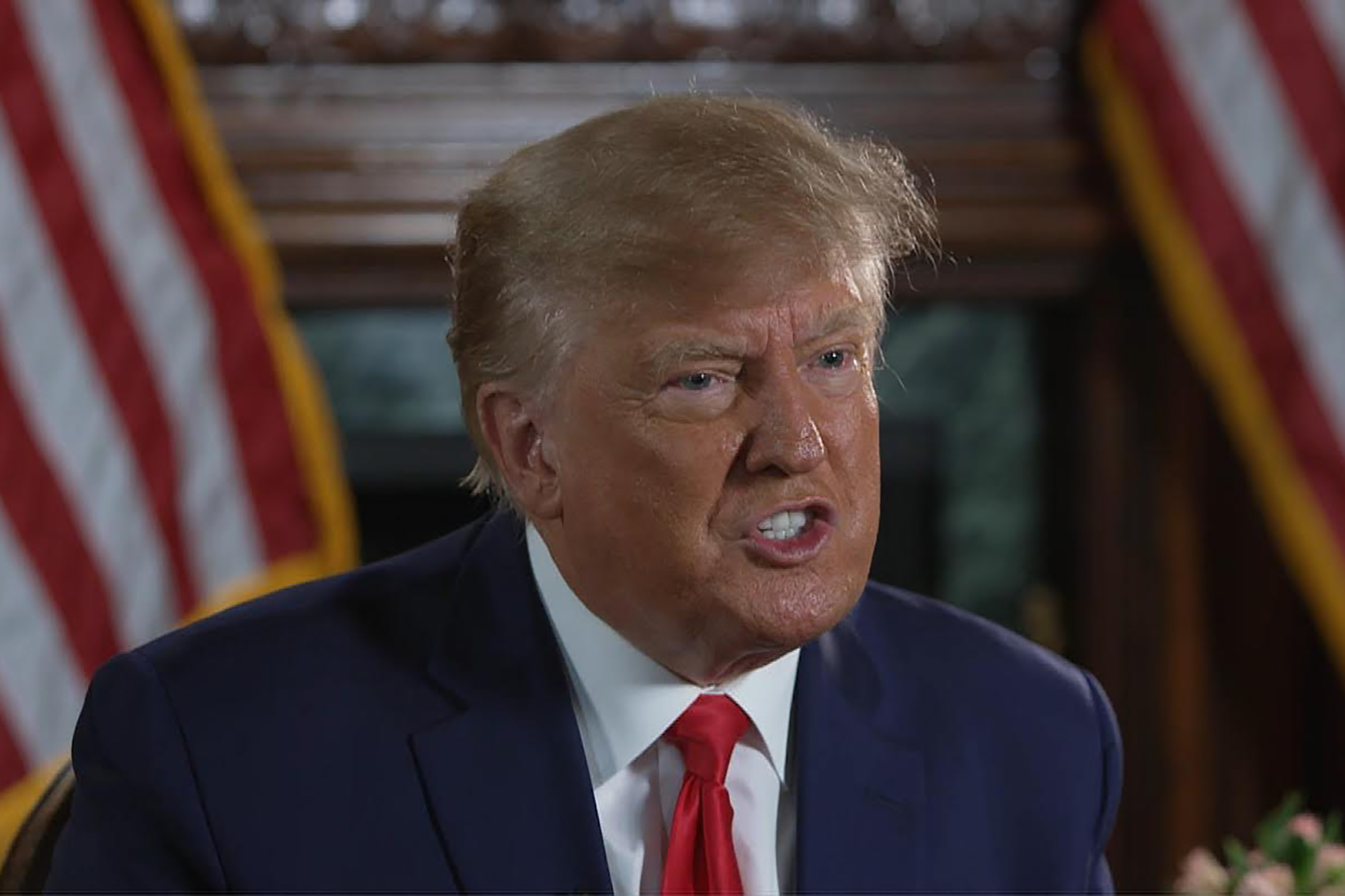 The Issue: The Post editorial on President Donald Trump’s long silence during the Jan. 6 Capitol attack.

As The Post wrote, “as a matter of principle, as a matter of character, [former President Donald] Trump has proven himself unworthy to be this country’s chief executive again” (“Trump’s Silence on Jan. 6 Damning,” Editorial, July 23). This is true.

Trump has a tragic character flaw, whether we like it or not. We are all imperfect, but he chose to be corrupt. All of his actions — and most importantly, his inaction — were intended to prevent the peaceful transfer of power. A law-enforcement officer died.

As The Post wrote, this is Trump’s “eternal shame.” He violated his oath and the trust of the American people. He violated the law, the guardrail that protects our democratic republic. Our nation and our children deserve better.

Sorry, but I, and the majority of Americans who love this country, don’t agree that Trump is responsible for what happened at the Capitol.

How can you take those hearings seriously? They are a joke. Stop blaming Trump.

Trump’s deliberate 187 minutes of non-action on Jan. 6 should not come as a shock to anyone with eyes and ears.

Trump has shown us time after time that he has no conscience-driven restraints on his behavior and no ability to feel remorse after his actions. Trump still remains a clear and present danger to US democracy.

Trump incited an insurrection based on a lie. We all watched this coup attempt by his mob of savages, whom he referred to as “patriots,” take place in real time.

The Justice Department must prosecute Trump and the members of his inner circle. Our democracy will not survive any far worse repetitions of Jan. 6, 2021.

Though his presidency was mainly constructive, his post-presidency has been totally destructive.

To save America from the “progressives,” the Republican Party needs to run a positive, forward-looking campaign, not one of forced fealty to Trump’s “stolen election” fixation.

Your editorial shockingly ended with the words: “But as a matter of principle, as a matter of character, Trump has proven himself unworthy to be this country’s chief executive again.” I beg to differ.

Trump has shown himself over and over to be the single most qualified person to be our country’s chief executive again.

His election resulted in our beloved country having safer borders, an economy on the upswing and the assurance that our basic freedoms of speech, assembly, faith, etc., were protected — as opposed to the squelching of our freedoms and lawless chaos imposed on us all by the hard left and the current corrupt, lying occupant of the White House.

What exactly did you want Trump to do to disperse the crowd? Throw himself in front of them?

He asked for an orderly and peaceful demonstration. Please stop the irrational Trump hatred.

One can have serious concerns about the 2020 election results without being a conspiracy theorist.

I say this with regret, since I am a Trump supporter.

Does The Post believe any Republican presidential candidate would be spared never-ending false and merciless attacks?

As we deplorable Trump supporters are well aware, any anti-swamp conservative populist will always be targeted for systematic destruction by those with selfish motives who claim to be our betters.

Apple has almost 250 car patents but no Apple Car