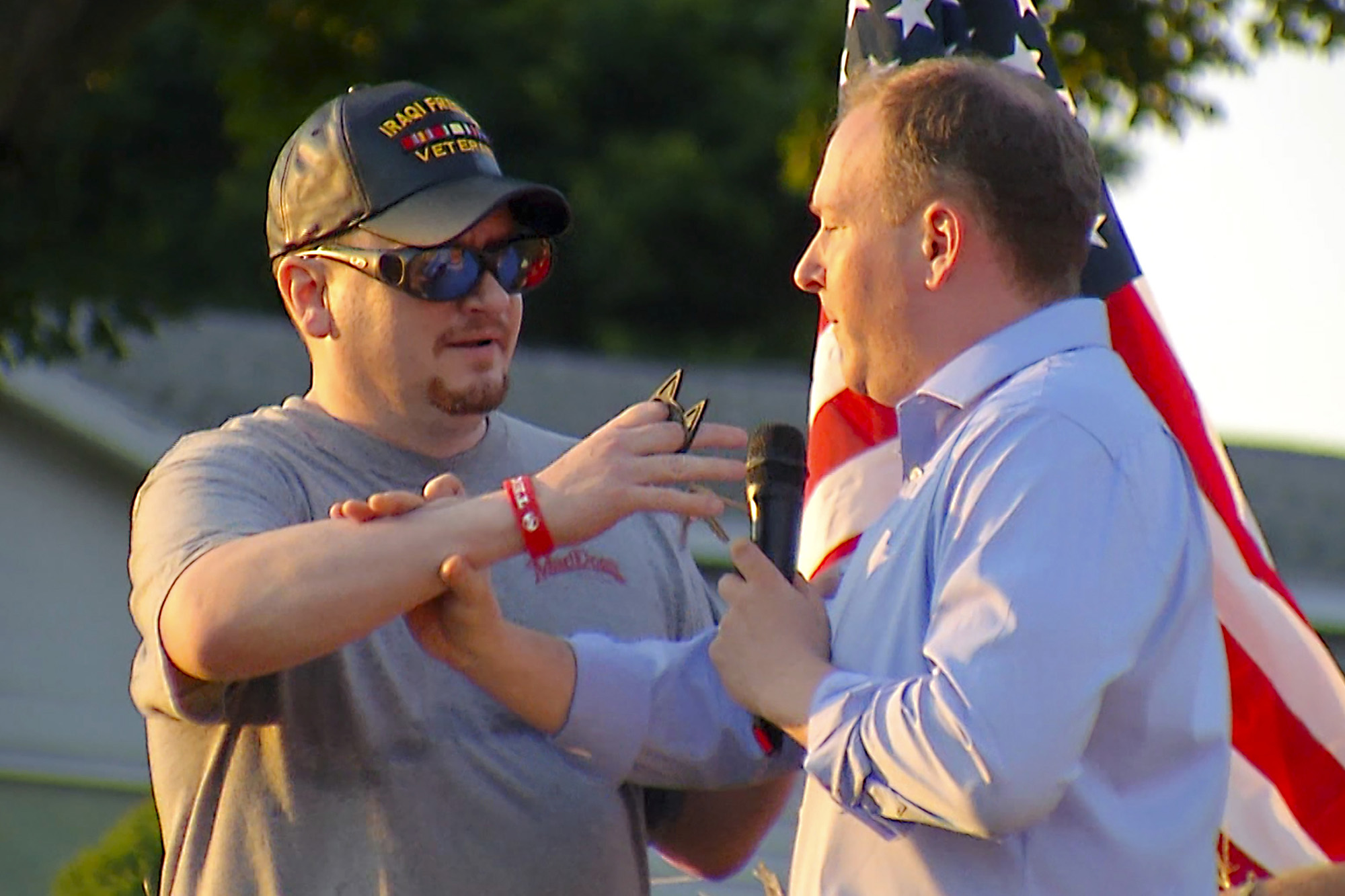 The Issue: A man who attacked GOP gubernatorial candidate Rep. Lee Zeldin during a campaign speech.

It is incomprehensible that the miscreant who attempted to stab gubernatorial candidate Rep. Lee Zeldin was back out on the street before the ink on his arrest paperwork was dry (“Zeldin attacked at campaign event,” July 22).

The responsibility for this lays squarely on the shoulders of the Albany Democrats and their bail-reform laws.

The bail-reform laws must be repealed, not merely tweaked. In order for this to happen, the governor and the rest of the Albany Democrats must be voted out of office this November. If not, this mayhem will continue.

Only in Hochul’s New York could someone who narrowly missed stabbing Zeldin in his neck be inexplicably under-charged with attempted assault, even after physically grabbing the GOP gubernatorial candidate.

And only in Hochul’s increasingly dangerous, dysfunctional New York would this guy be back on the street in a couple of hours.

The pictures appear to show that the assailant had a knife-like, double-bladed weapon in his right hand, as he was gripping and holding onto Zeldin and said: “You’re done.”

Yet, due to New York’s new “progressive” bail-reform laws, he was almost immediately released from custody by the judge.

At the very least, since the assailant apparently had some sought of mental issue, he should have been held and sent for a psychological evaluation.

This is another terrible example of why criminal justice has been sabotaged and our streets and cities are not safe.

The attack on Zeldin, which was thankfully thwarted, gave first-hand credence to all that he has been saying about criminal-justice reform. Hollywood couldn’t have staged this better. This was, ironically, a booster rocket for the Zeldin campaign.

The attacker, who committed a crime against a sitting US congressman, was released from a local court in his own recognizance with no bail required.

The attacker should have been held for psychiatric evaluation and also subjected to the red-flag law. If he owns guns, they should be seized. His case should also be transferred to a federal court with the charge of attempted murder.

The responsibility for the crime and catch-and-release problem we have here in New York lies solely with Hochul.

She has the power to get rid of these district attorneys who give free reign to violent criminals and let them run amuck.

These brazen criminals are going after elected officials with no consequences, and the most vulnerable people are being victimized due to Hochul.

The attack on Zeldin puts a laser-focus on out-of-control crime in New York, and the fact the attacker was immediately released is shameful, yet predictable.

New York is truly the Wild West. If a sitting United States congressman isn’t safe, who is? Easy answer: the criminal.

Gov. Hochul and the Democratic-led Legislature are complicit. Knowing New York will re-elect them is what they count on. Remember, this is what the left wanted, and it got it. It is truly disgusting.

Yet another attack on a conservative leader in America. This time, it was gubernatorial candidate Zeldin, who was assaulted as he spoke at a campaign event in Rochester.

This follows an attempt to assassinate Supreme Court Justice Brett Kavanaugh by yet another irate leftist.

Zeldin predicted that his attacker would be freed quickly due to New York’s no-bail law, which has ignited the massive increase in crime in the Empire State, and that’s exactly what happened. No wonder crime in New York is out of control.

The official trailer for the final season of SEE is here

Gurman: Apple Watch Pro to get first major redesign since 2018