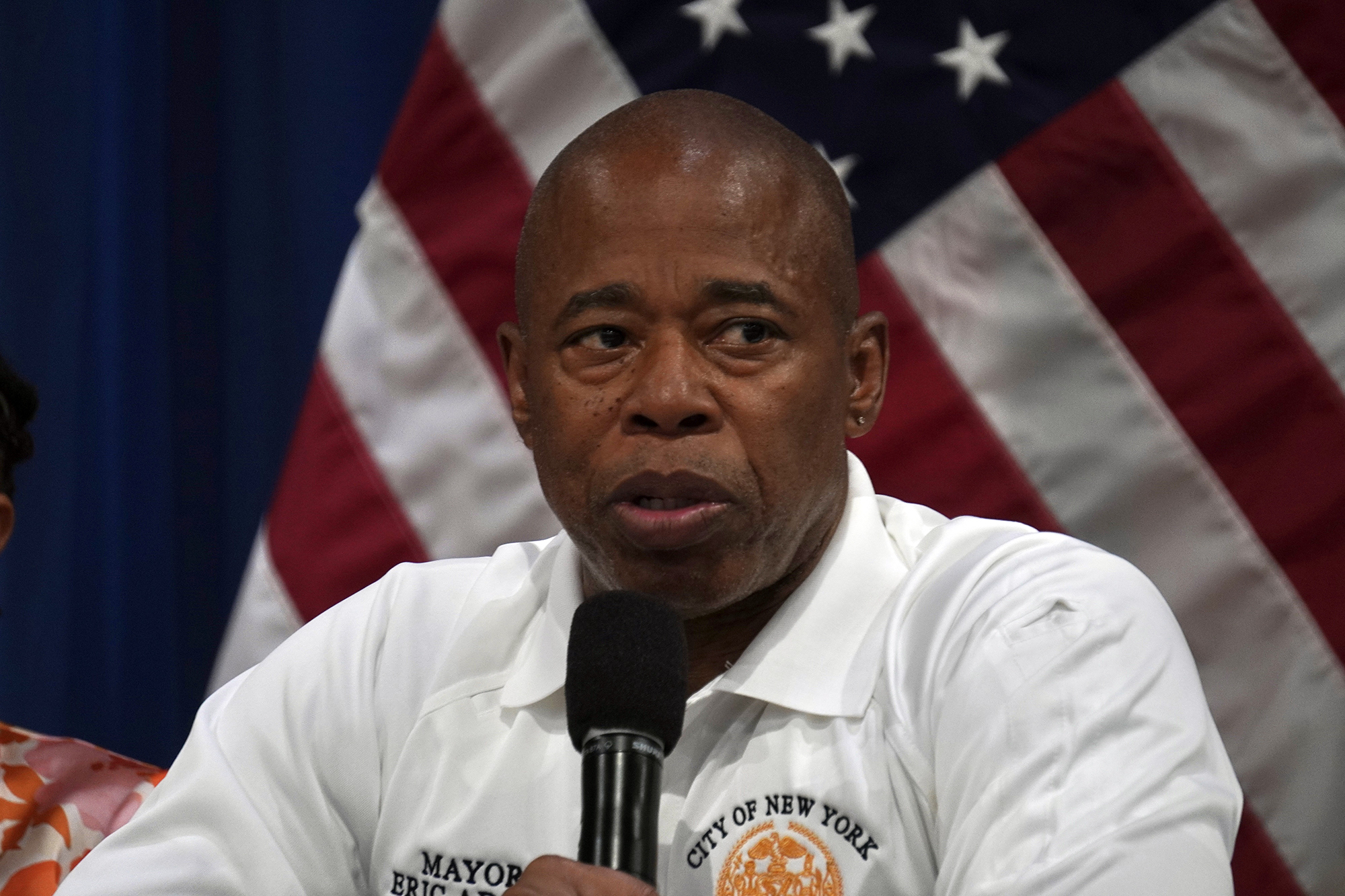 The Issue: Mayor Adams’ criticism of Govs. Greg Abbott and Doug Ducey for busing migrants out of state.

Mayor Adams presumes to speak for us and assumes a lot by asserting that: “We do not become cowards and send people away who are looking for help” (“Only ‘cowards’ send migrants away: Adams,” July 22).

Actually, “we” are the 76% of registered voters who do not support open borders. “We” are folks laboring under $31 trillion of federal debt.

As the mayor of the largest sanctuary city in the country, Adams advocates for an ­immi­gration free-for-all but immediately complains if he is confronted by a minuscule percentage of the burden repeatedly imposed on smaller municipalities along the southern border.

The rest of us do not look forward to an increasingly mobile world population picking up stakes and making the United States the welfare center for the world. And more welfare is exactly what the mayor is demanding.

The mayor calling over-run border-state governors “cowards” shows how out of touch he is.

Illegal immigrants have been quietly flown into New York state since President Biden took office and threw open the borders.

The governors finally started “spreading the wealth” by busing illegal immigrants into Washington, DC. Is Adams saying “not in my backyard”?

Adams is such a disappointment. Despite all his lofty rhetoric and law-enforcement experience, he has turned out to be just another misleading, dishonest, pandering, partisan political hack.

As the pressure of the migrant inflow mounts on city services, he states firmly that they are being bused to the city by the border states, which is demonstrably a lie.

When referring to those being flown in by the federal government, which everyone knows is a fact, he uses the term “apparently.”

The mayor either needs to become a more artful liar or — as a last resort — to start telling the truth.

Adams needs to sit this out. He’s all talk, no action. New York is a sanctuary state and look at where it has gotten us. Adams should really take a good long look in the mirror if he’s looking for a coward.

Adams refuses to do anything about the criminal issues and the progressive agenda of Manhattan District Attorney Alvin Bragg and the jurists who favor criminals over the victims.

The lawlessness and ­violence that plague our city is the result of cowardice to the extreme. Ditto for his inaction concerning the Department of Education, homelessness, open drug use, garbage pileups and quality-of-life issues.

Adams, get your own house in order and clean up the trash before you throw stones and call others cowards.

Is Adams for real? He blames two Republican governors for the flood of migrants to New York.

The actions of Govs. Greg Abbott and Doug Ducey were meant to focus attention on Biden’s unconscionable policy of opening our southern border and to give Washington a dose of its own medicine. Blaming Republicans for Biden’s incompetence no longer works.

So Adams finally woke up from his slumber and has realized illegal immigrants are pouring into the city and straining social services. So what does he do? He asks Biden for additional resources — aka taxpayer money.

That will just encourage more illegal immigrants to come to New York. By increasing resources, the mayor is treating a symptom and not the problem.

He should be telling Biden to secure the border. If the flow at the border is stopped, I’m sure the flow into New York City will stop as well.