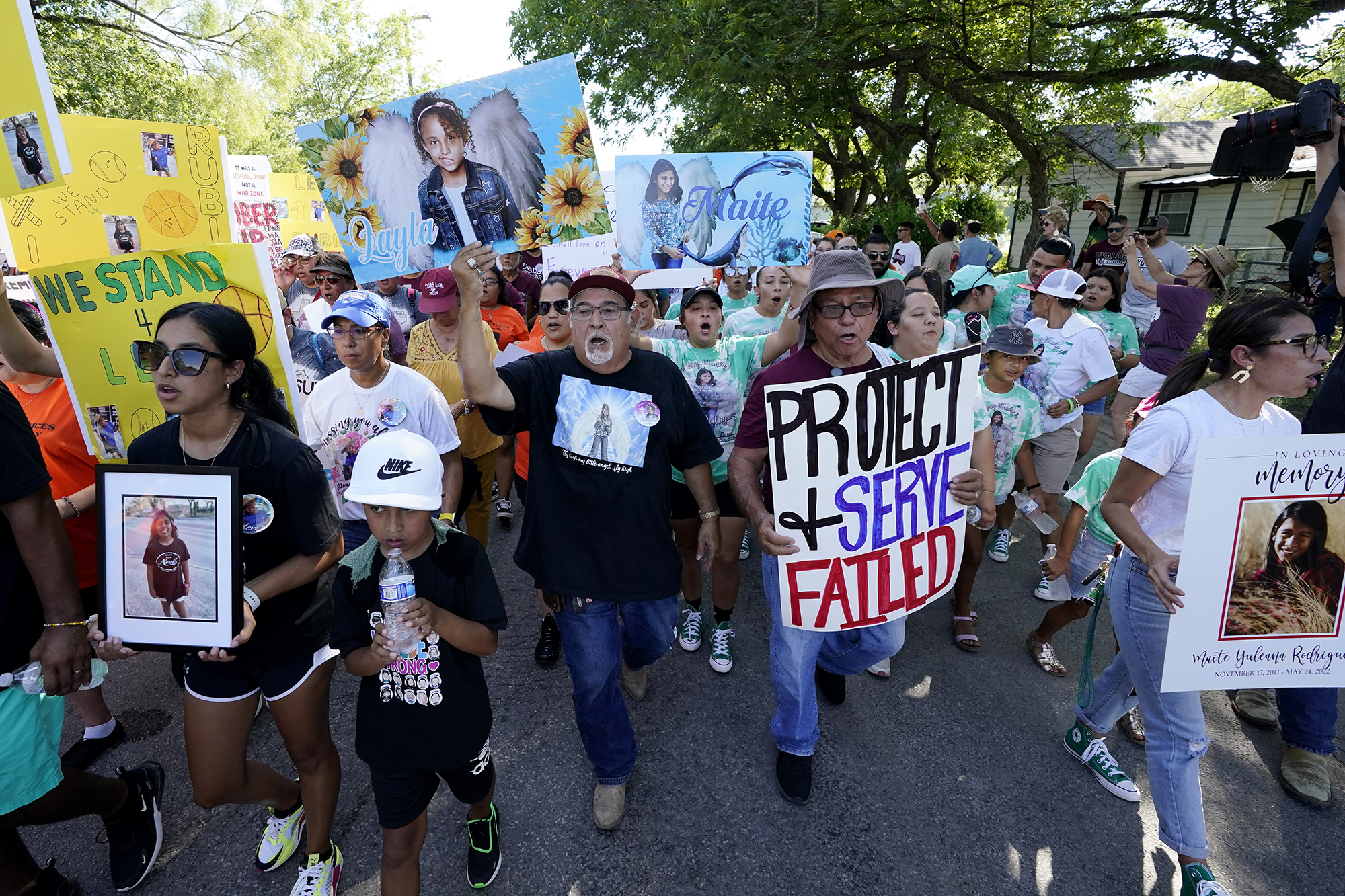 The Issue: A report by the Texas House panel on the police response to the Robb Elementary shooting.

The report released by the Texas House panel investigating the police response to the Uvalde school shooting stated that the chief of the school police wasted 40 minutes searching for a key to the classroom where children were dying yet still alive, and the classroom door was most likely unlocked the entire time (“Uvalde’s deadly debacle,” July 18).

That is unconscionable incompetence. I was a 25-year-career law-enforcement officer. After I retired, I was appointed the director of security for a school district in northern New Jersey. The very first step I took was to make sure every member of my school-security team had a master key that would open every door on every school campus in the district.

The report also stated the Uvalde district did not adhere to its own security guidelines for keeping classroom doors closed and locked at all times.

Perhaps in the future, all schools in all districts can receive unannounced inspections by the local police to ensure compliance with best security practices.

I am a retired law-enforcement officer and first responder to 9/11.

If the police in Uvalde had charged that classroom, they mighy have suffered casualties, but they would’ve overwhelmed that disturbed, evil individual and saved lives in the process.

That’s the oath you are sworn to uphold. The officers that responded to that school should not even be described as police officers. They were bystanders watching a slaughter, and they disgraced their sworn duty to act.

All involved should be charged with dereliction of duty at the very least. Shame on them.

The failure of Texas state and local police to formulate and execute an appropriate law-enforcement response triggered a massacre of young and vulnerable children.

The time for resignations and firings is long overdue. Texas Gov. Greg Abbott needs to act promptly and decisively to ameliorate the stain that Uvalde has become.

The cowardice that took place at Robb Elementary School in Uvalde is breathtaking, disgusting and unbelievable. Knowing that young kids and teachers are being shot to death and are dying, how can any police officer stand back or run away?

In my nearly 30 years in the NYPD, I never saw anything like that kind of timidity and gutlessness.

What should the cops at the school have done? It’s not that complicated: Distract the shooter and go in and take him out.

It’s not so much about bravery and heroism. You are a cop, that’s your job, and you do it.

If you’re not willing to take the necessary risks to save lives, don’t become a police officer.

I grew up in a small town: Crime is very rare, and Uvalde had never experienced something like the mass shooting.

The police were caught unprepared, as Uvalde is totally unlike New York City.

Yes, mistakes were made. But unless you have been in their shoes, please back off. The stream of attacks helps no one. Let the investigation continue, and give the people in Uvalde a time to heal.

Where’s the beef? Held back by the USDA

The plunge in enrollment proves NYC schools are failing families