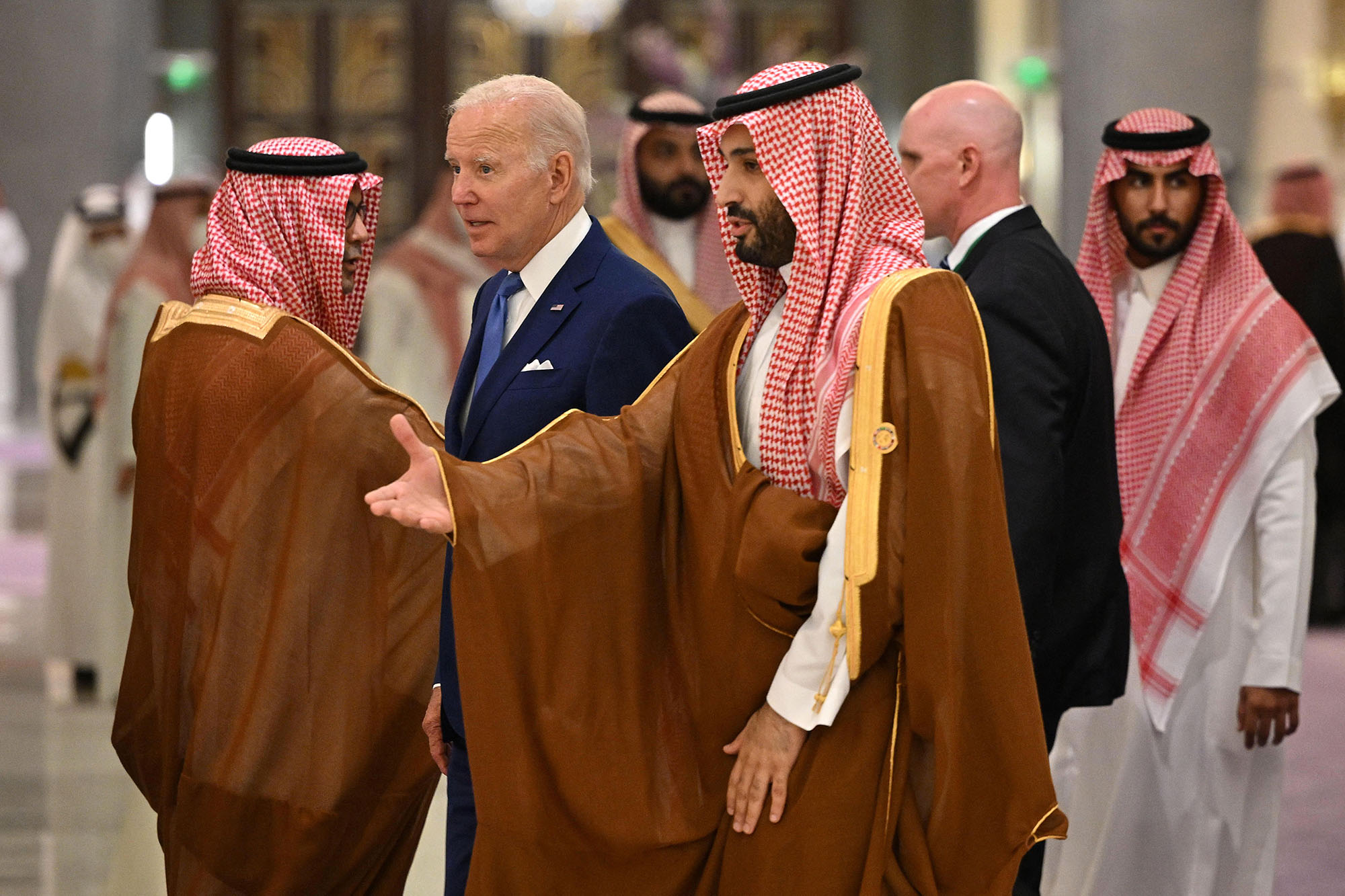 The death of journalist Jamal Khashoggi is still a stain on the Saudi prince and his country.

The ongoing attacks on journalists and journalism in general must always be called out. Governments should protect freedom, and that starts with ­condemning these events and certainly shunning anyone implicated or associated with them.

How ironic that Biden consumes our jet fuel to go begging the “pariah” for more of his oil, only to find him incapable of granting the relief sought, and gaining nothing but our humiliation for this fool’s errand.

Competent staff would have known this beforehand and sent him to the Permian Basin instead, with its demonstrated capacity.

Many of us cheered when Biden promised that Saudi Arabia would be a pariah state under his leadership, and that it would be called to account for the savage murder of Khashoggi and the ruthless repression viawhich the royal family has ruled its people. Tough: Last week reality set in as we make a sharp turn in foreign policy.

The sad fact is that we need the Saudis. We need for the kingdom’s oil spigot to open wide in order to bring down the painful price of gasoline.

I appreciate that the president states that he raised the issue of Khashoggi with the crown prince during their recent meeting and that he told him that he believes he is personally responsible for Khashoggi’s killing — but in the end, it’s not going to make any difference.

The United States will act as it always has, under the credo of “the enemy of my enemy is my friend,” no matter how barbaric and savage that “friend” has been to its people.

Biden publicly fist-bumping Saudi leader Mohammed bin Salman al Saud brought back memories of British Prime Minister Neville Chamberlain, after he had met with Adolf Hitler, boastfully declaring that he had achieved “peace for our time.”

Biden begged Saudi Arabia for oil. Is there any issue the Biden administration has improved, so we don’t have to go begging for help?

The most powerful nation in the world doesn’t beg; however, our policies have us looking so weak there is no way other countries will continue following our lead.

We’re supposed to be the beacon of hope, and hundreds of thousands of people have given their lives so we could be.

So watching a president travel the world begging other nations is a sad moment for all of us.

Joe’s trip to the Mideast was famous for a pretty good fist bump with the Saudi leader. So what did you come back with, Joe? Absolutely nothing. Only releasing Air Force One carbon emissions.

What did you accomplish with Israel and the Palestinians? Absolutely nothing. Joe’s foreign policy record over 50 years is intact — batting zero for everything.

While you were away, Joe, everything was under control and in good hands with Vice President Kamala Harris: We all had word salad for dinner every day, as all that good barbecue summer food is unaffordable.

Forget about the dumb fist-bump controversy regarding Biden’s meet up with MBS.

The bottom line is that the president’s complete capitulation to his Green New Deal controllers is responsible for his on-bended-knee act to get the Saudis to pump more oil to help compensate for this amateur-hour administration’s ludicrous lockdown on our own fossil fuel industry — which has produced egregious economic hardship for working and middle-class Americans.