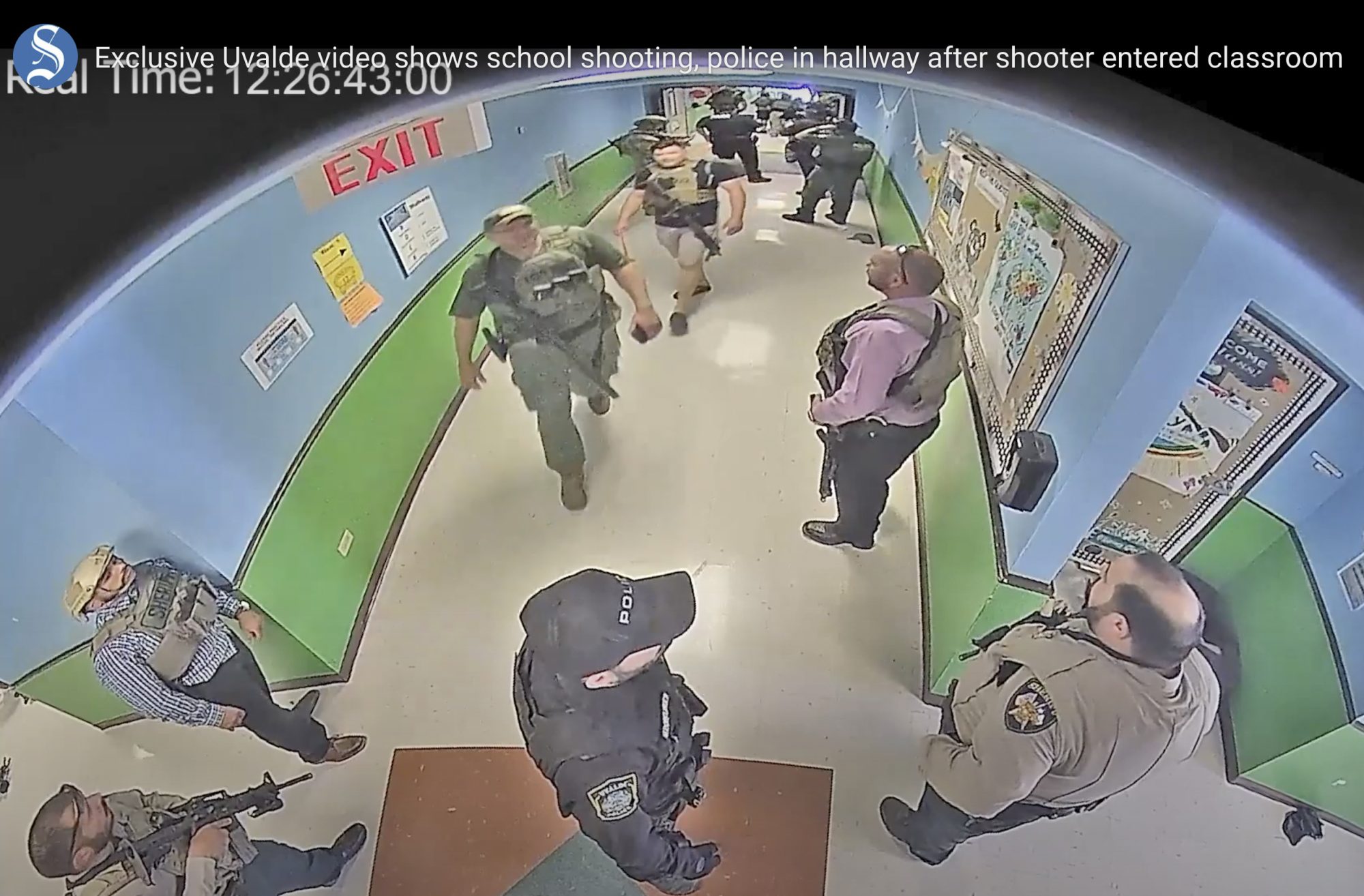 The Issue: A video showing Uvalde police standing in the hallway during the Robb Elementary shooting.

A sad but thankful bravo for Maureen Callahan’s column on the Uvalde video (“Served and defended — themselves not the kids,” July 14). It’s one of the best columns of all time.

And yes, we do need the body-cam footage —all of it — released. America won’t confront this problem as long as it can disconnect itself from the horror of what actually takes place when this happens.

As I read Callahan’s column in The Post, I could not believe what I was reading. I agree with her: This was the paradigm of cowardice.

Having high-powered rifles, pistols, ballistic shields and helmets was not enough for these officers How many of them were up against one teen with a rifle? How could they not react while hearing the screaming of the innocent being slaughtered?

I would fire all of them for dereliction of duty. This is just another example of this once-great nation falling apart. It’s also a stain on the memories of all the law-enforcement officers who paid the ultimate sacrifice.

Exactly how many “good guys” were standing around cleaning their hands and checking their phones while 21 innocents were slaughtered in Uvalde by madman Salvador Ramos?

A similar scenario occurred at the 2018 Parkland High School mass murder when the other “good guy” responsible for ensuring safety abandoned his post.

What this country needs right now is sensible gun reform laws and swift action against the cowardly officers who stood around and let those beautiful children die.

I’d like to say something about the headline on Wednesday’s Post. I realize that the police officers at Robb Elementary failed in their responsibility to protect those children.

However, we need to remember that the overwhelming majority of police officers go out and endanger — and often sacrifice — their lives to keep all of us safe.

Watching the video of the cowards of the Uvalde Police Department is sickening.

How do they still have jobs? Are the people of Texas that stupid to let the UPD off the hook?

They should all be prosecuted for second-degree murder. The only things missing were poker cards, chips, pizza and beer. They swore an oath to protect the public. They heard the screams and carnage, yet did nothing.

Where is the state attorney general on this? This is fast becoming a coverup. If the people of Texas let this go unanswered, they will be accomplices to the next act of a madman.

Rifle-toting, body-armor-clad officers stood in an Uvalde elementary school while a gunman slaughtered 19 students and two teachers. The officers lolled in the hallway, and it took them 77 minutes to kill the gunman.

The officers’ gross cowardice, negligence and nonfeasance was cruel and criminal.

This case is a rebuke of qualified immunity, a doctrine that immunizes officers from being subjected to civil court proceedings unless they violate a statutory or constitutional right.

Stripe eyes an exit, Dell bets on the…