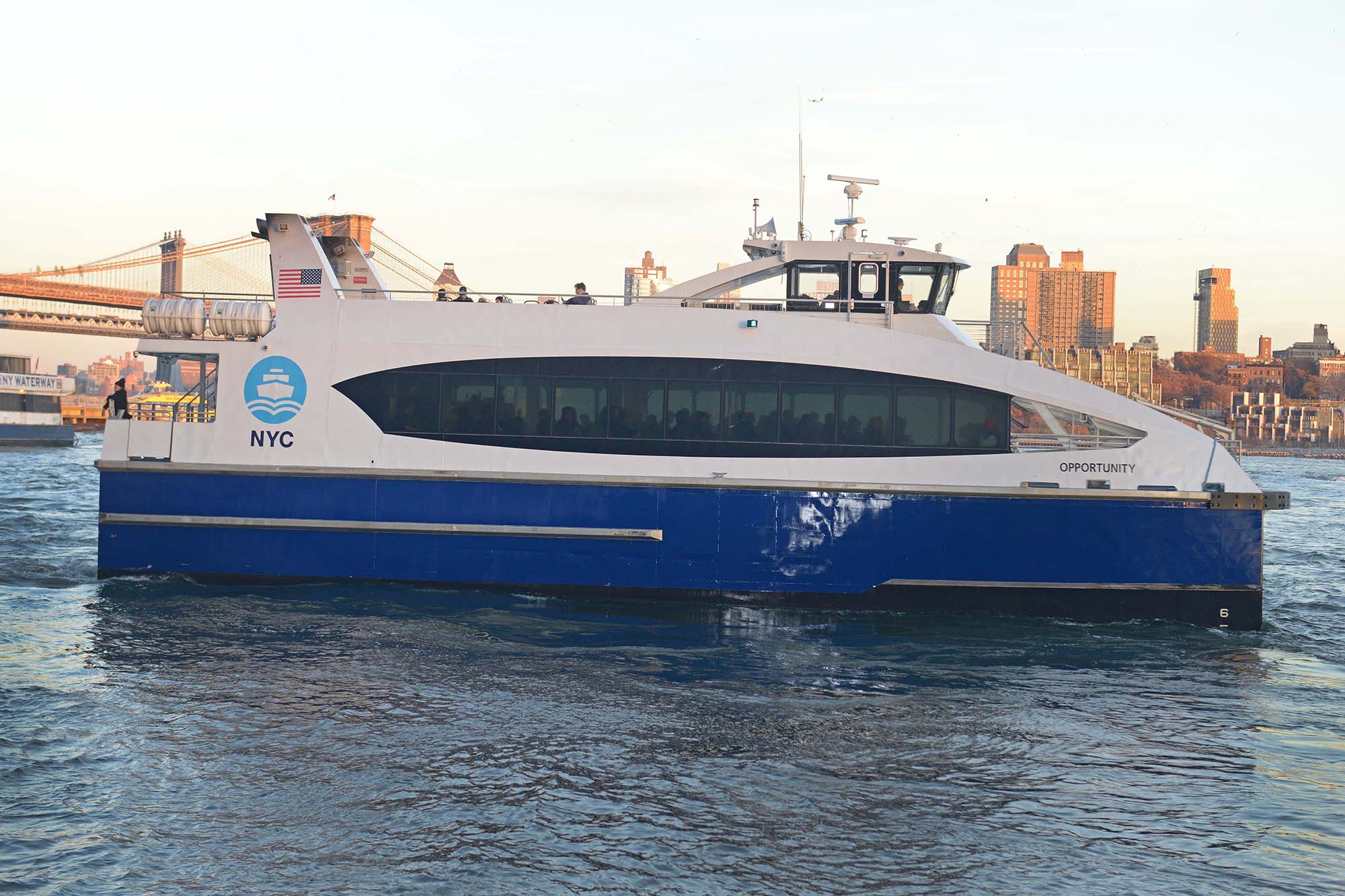 The Issue: The Post’s call to end NYC Ferry after reports that it costs $224 million more than reported.

Speaking as a Rockaway resident, the ferry is the one good thing to come out of the de Blasio administration.

Finally, New Yorkers and tourists can ride on the ferry to enjoy the beaches of Rockaway or ride into New York City for work or pleasure.

Why not consider fixing a good thing? Eliminate mismanagement and solve the problems. This is a very reliable and enjoyable service open to all.

Perhaps if they charge all passengers on the Staten Island ferry, that could help subsidize the other ferry routes.

First, the Rockaway ferry is a huge success, bringing scores of visitors to Rockaway to enjoy our beautiful beaches and bolstering our many COVID-impacted businesses.

Second, it is a much safer mode of transportation for Rockaway residents compared to the subway and bus.

Third and last, why doesn’t anyone complain about how much the Staten Island ferry costs the city, considering that it is free to ride?

Ferries only benefit a privileged few and provide cheap water views for tourists. Neither group should be subsidized by the rest of us.

Ferries are a colossal waste of money, just like de Blasio’s other “signature” program — Universal Pre-K.

Both of this lousy mayor’s pet programs should be unceremoniously scrapped. He probably squandered more of our hard-earned taxpayer dollars than all his predecessors combined.

In your editorial urging the closure of the New York City ferry system, you claim that the city is subsidizing transit for the rich. This does not reflect the actual ridership.

As a daily commuter on the Ferry Point Park/Soundview Ferry, my fellow riders are mostly blue collar. A good number are nurses, medical assistants, receptionists and clerical workers who get off at 34th Street to work in NYU Langone and Bellevue Hospitals. A couple of the riders that I know are building and office engineering staff.

Many of the passengers start in The Bronx at Ferry Point Park or Soundview, which are working-class areas.

Furthermore, the ferry services parts of The Bronx that are distant from the subway. The so-called upscale riders boarding at 90th and 34th Streets are a small portion of the ridership.

There is a valid discussion about the cost per ride to the city and whether the city can afford to continue the subsidy. But this is separate from the spurious claim that this is a yacht service for the rich. It’s not.

Why isn’t City Comptroller Scott Stringer being held accountable for the $224 million extra cost to operate the ferry service?

His job was to stay on top of transactions like that. I guess this buffoon was asleep at the wheel while this was happening. And to think he actually ran for mayor himself. He couldn’t even competently do the job he was elected to.

Aluminum vs Stainless Steel Apple Watch: Which should you buy?