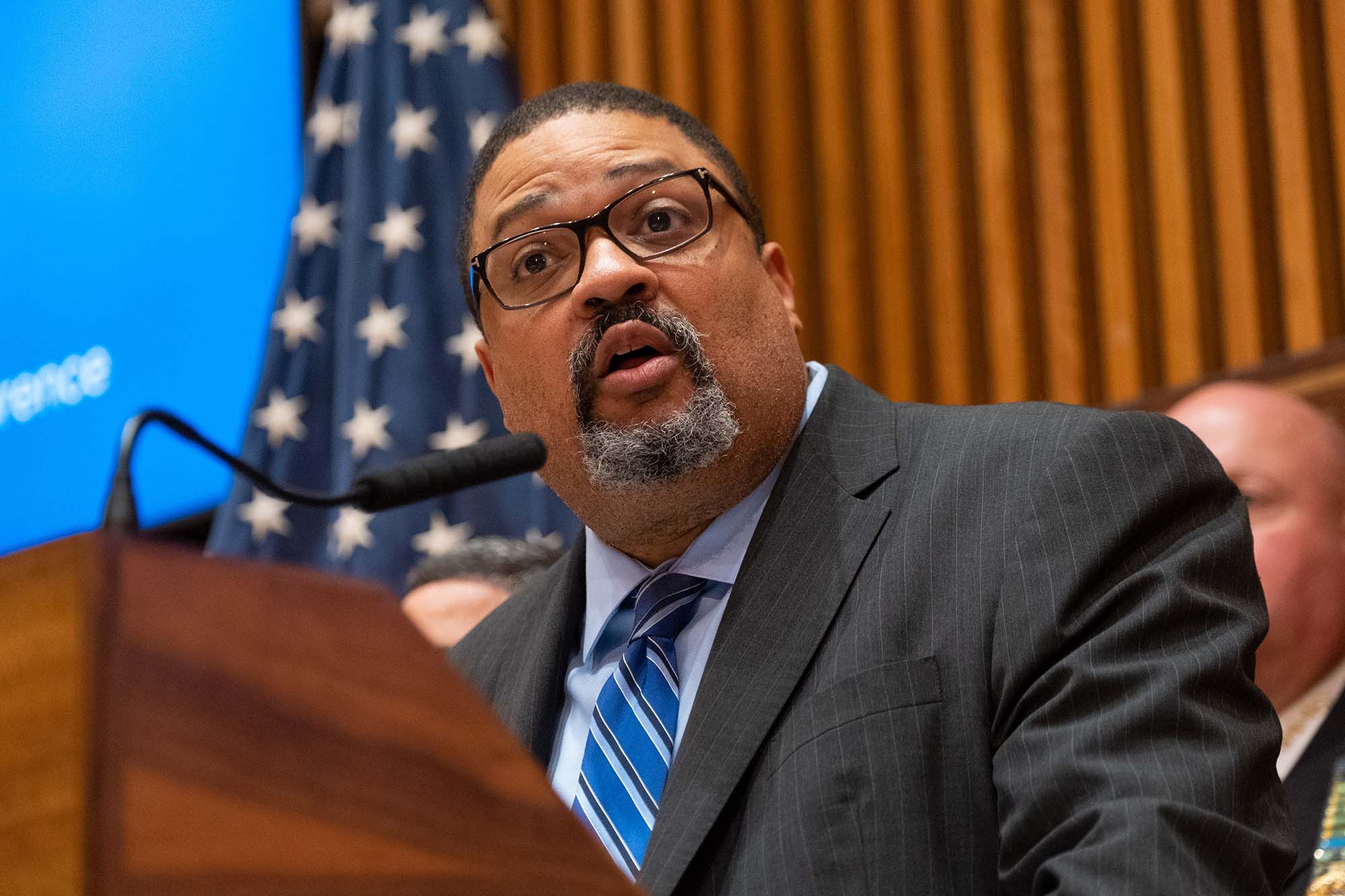 The Issue: District Attorney Alvin Bragg’s decision not to charge a woman who stabbed a bodega worker.

Jose Alba is a hardworking Latino man who did nothing but defend himself while fighting for his life against two criminals.

And what happens? DA Bragg throws the book at him while treating the surviving attacker as a victim.

This is just what Bragg and Gov. Hochul think about hard-working members of the Latino community — they are worth nothing. Hochul can change everything with a phone call but won’t.

New York is doomed, and that’s why I’m getting the hell out of here and selling my home — because I’m next.

How can one person stab someone else — not in self-defense — and avoid even being charged?

Simple: Just live in a city where your actions, and any possible repercussions, are judged more by the color of your skin than the content of your character. What disgraceful times.

Picture this: You’re walking down the street when you’re approached by two guys. One starts assaulting you, and the other stands by. You defend yourself. Once you get the upper hand, the other guy joins in assaulting you. Is he an accomplice or is he defending a friend in need?

Now, isn’t this similar to what happened to the bodega worker? Why wasn’t the girlfriend arrested for assaulting the worker? Why was she not considered an accomplice to the crime?

If you are with someone during the commission of a crime and your partner murders someone, you are also arrested for murder.

Clearly, you have a district attorney who doesn’t know what he is doing. Wake up, New Yorkers: Oust your governor come November. She is an accomplice to this DA.

Austin Simons’ girlfriend allegedly stabbed Jose Alba. Why are criminal charges not filed against her? Why is this woman on welfare? And why is she out at 11 p.m. with a young child who should be in bed?

Had she not instigated the conflict, Austin Simon would probably still be alive. She ought to have been arrested, not Alba.

This situation is truly a travesty of justice. She and she alone is responsible for this situation. Arrest her.

Not charging the girlfriend of the ex-con attacker for cutting up an innocent bodega owner is another outrageous decision by a liberal prosecutor. Sources say the DA feels she was “defending her boyfriend.” Defending a potential killer makes you an accomplice and is not a defense.

Rep. Lee Zeldin must be the next governor of New York, and on day one he must fire Bragg.

Fight back, New York, and get rid of the liberal city and state politicians on Nov. 8. They hate you.

GOP candidate for governor Lee Zeldin has vowed to fire Bragg on his first day in office if elected.

But Gov. Hochul has the power to do that right now. Will she exercise that power and show a moral backbone or pander to her party’s far-left lunatics?

So now the citizens of New York know Bragg is protecting criminals and not them.

Charging a bodega clerk with murder when he was attacked by a criminal and his girlfriend is revealing. That’s justice in today’s New York.

I thought murder was a charge against someone who is attacking a person, not defending themselves. New York City is not getting better in terms of crime. Bragg is making sure of that.

Please get rid of the governor, who doesn’t care about protecting citizens.