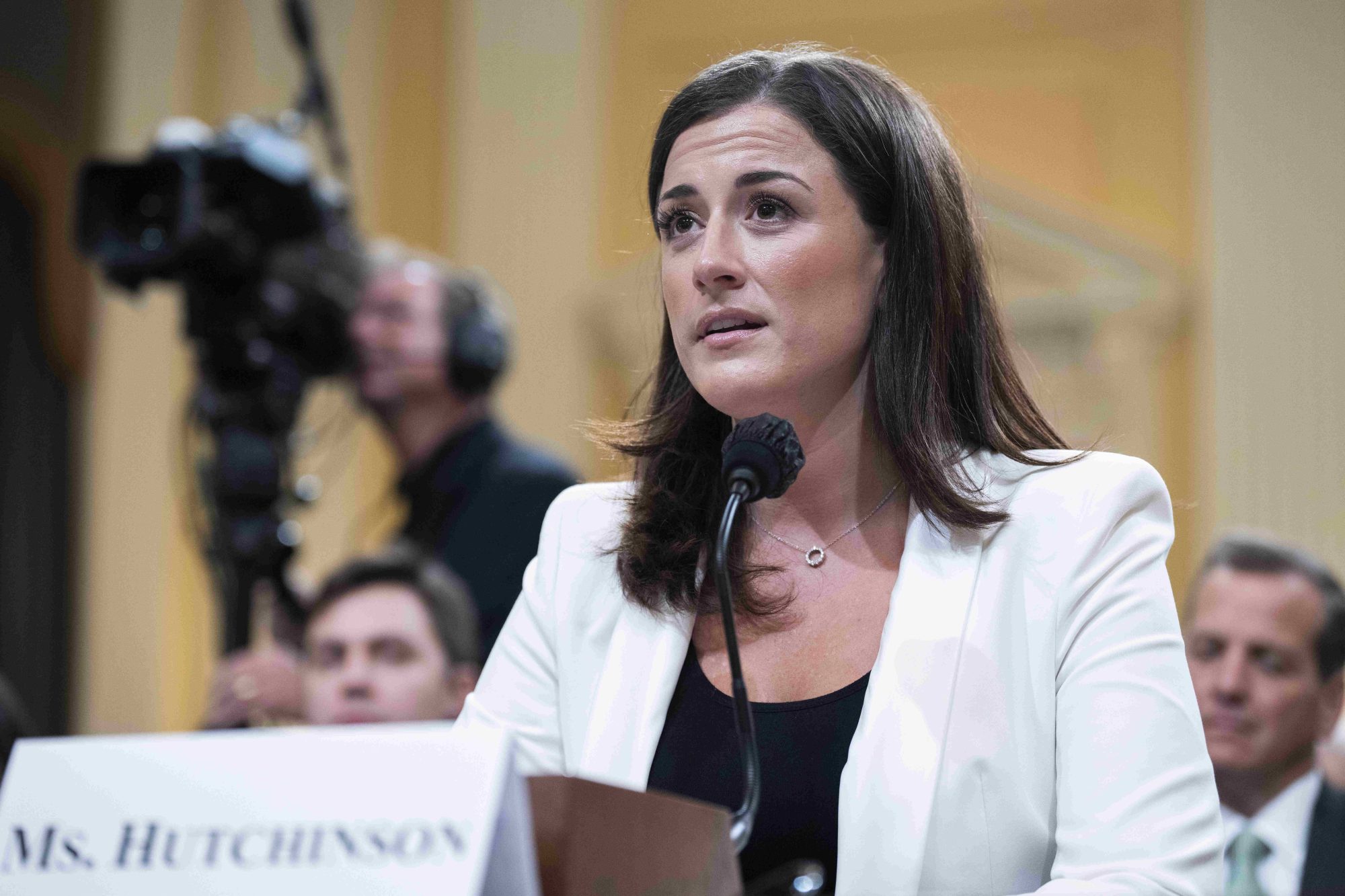 A good deal of her story was totally based on “hearsay” — someone telling her what they saw or heard. Usually such hearsay testimony is not permitted in a legal proceeding.

The real test is whether the person with direct knowledge of the event will be called to confirm or deny her story.

It’s been reported that the Secret Service agents have denied one of the incidents and are willing to testify. If they do, we’ll then know the true story.

He said he hardly knows who Hutchinson is in one breath and then says she’s a phony and a leaker in the next. He’s a total disgrace to the presidency and the country.

Hopefully, he’ll be wearing an orange jumpsuit in the near future. It will be well-deserved.

Hutchinson’s hearsay before the Jan. 6 committee is second-hand melodrama, likely highly exaggerated or fabricated out of whole cloth, designed for maximum smear potential.

Where are the eyewitnesses to Trump grabbing the steering wheel from a Secret Service driver?

While working in the White House, Hutchinson probably thought she was in the company of real men until she realized they were just imitations, lacking in bravery, fearlessness, caring, “real” patriotism, truthfulness, strength and any other positive trait you can envision.

Hutchinson and Sen. Liz Cheney both showed all of us that they are the real thing — real women, who for years were surrounded by, for all intents and purposes, a version of a male akin to a cheap knock-off.

And if anyone can help these same guys find a spine that they can use, they would be most obliged.

As I watched the testimony given by Hutchinson, I marveled at how she testified to second- and third-hand information.

She never witnessed the events, and yet it was reported and sworn to as fact. It’s hearsay information that even Judge Judy wouldn’t accept in her courtroom.

We can now add Hutchinson to the relatively small number of honorable Republicans who have been willing to come forward to reveal their knowledge of the corruption and moral bankruptcy of Trump and many of those who served him.

Hutchinson was in a position to gain first-hand knowledge of a great deal of what took place in the Trump White House as the right-hand assistant to Chief of Staff Mark Meadows.

Hutchinson knew that by testifying before the Jan. 6 committee, she would be permanently burning bridges with Trump and his loyal associates, that she would be smeared as a liar and receive threats.

Despite the many downsides to testifying, she did so. Her testimony was gripping, compelling and entirely believable, given what we know about Trump.

Following the testimony of Hutchinson, I have a feeling that those stubbornly persistent cries of “Trump 2024” will now be harder to find than a diploma from Trump University.

First, Hutchinson was not in Trump’s car and is only repeating what someone told her.

Second, the agents who were in the car are willing to testify under oath that nothing she said happened.

Why mighty Xi Jinping is afraid of Hong Kong