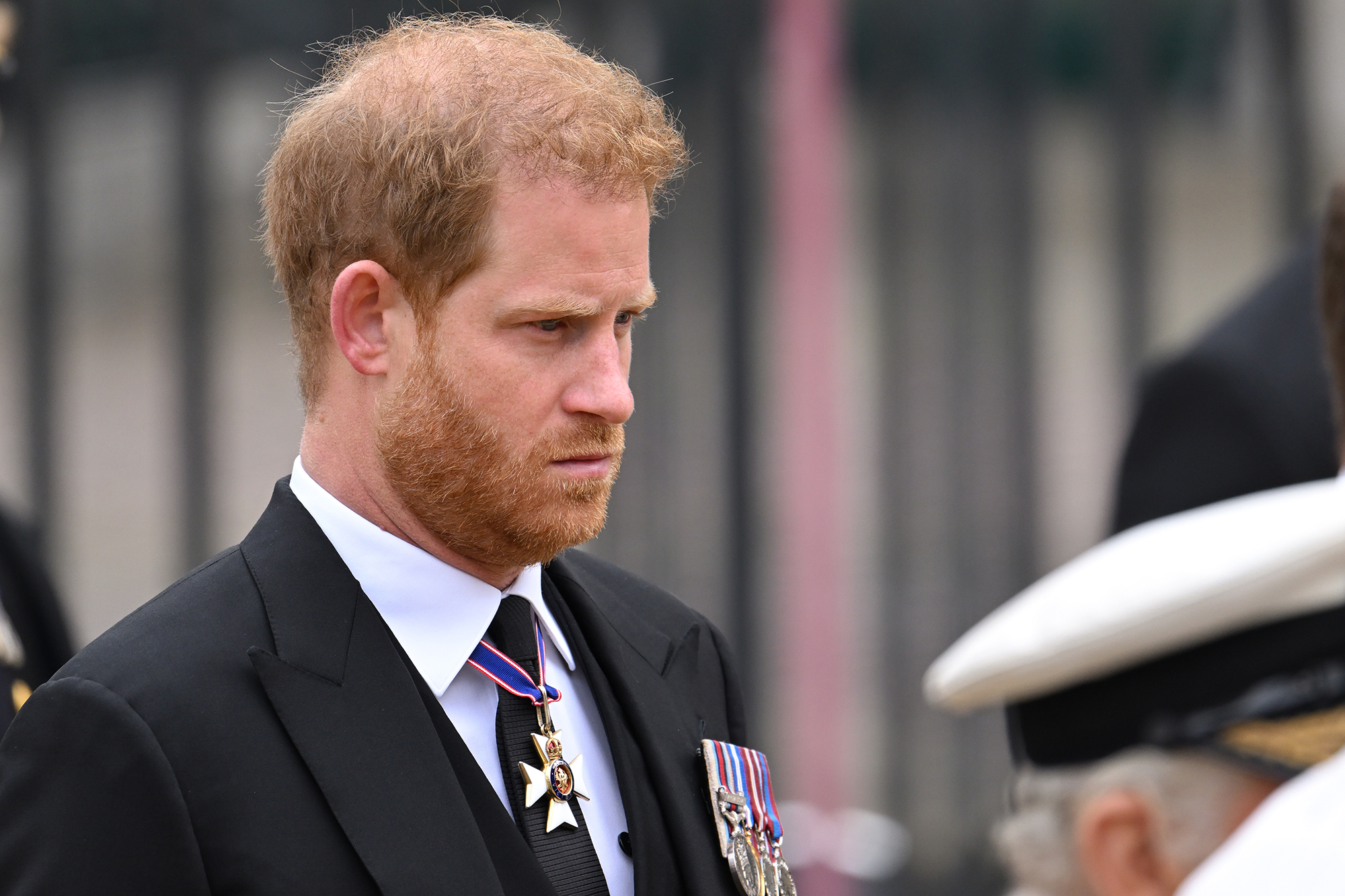 I am exhausted by Prince Harry, who continues his career as a victim, despite wealth, wife, family and celebrity (“Prince of Wails,” Jan. 6).

Not to mention that he has “escaped” the horrible life he experienced within the monarchy. He continues to bemoan his identity as “the spare,” when certainly, by this time in life, he could have developed a more positive personal identity of his choice.

It is shameful that in spite of a host of opportunities to heal, he promotes this tragic persona.

One could compare “Spare” to a Shakepearean tragedy — except that Prince Harry, the self-styled hero of the drama, is a self-indulgent, self-pitying fool who tossed away his privileged life for a pointless existence under the California palms with the woman he believes he loves.

Ostensibly, it seems that hapless “Harold” has three goals: to metaphorically kill off his sibling, the Prince of Wales, of whom he is terminally jealous; to resurrect his doomed mother — and, most realistically, to monetize what he sees as his multiple past miseries by endlessly airing the royal linens from every available venue.

Harry, get a clue. While playing Russian Roulette with every chamber loaded, you have committed the ultimate sin in pursuit of global glory: You’re boring us.

Cut off from the palace and in need of large sums of money to maintain a lavish lifestyle, Harry tells all in print and on Netflix to a public all to eager to consume the “dirty laundry” of his personal life as a royal.

Harry has betrayed his heritage, the memory of his beloved grandmother the late queen, his mother Diana and his countrymen, who still revere the pomp and circumstances of the royal family.

When Harry and William kiss and make up, they will no doubt share a hearty laugh at the gullible public that lavished him with obscene amounts of money for his story.

Prince Harry is just like most of the royal family — a jerk who doesn’t really work for a living,

Who cares about his life story? Take your book and shove it, Harry.

The Issue: An officer who was suspended after video showed him punching a teen while breaking up a fight.

Once again our crime-fighting Mayor Adams has done it again by making a judgment before getting all the facts (“Cop suspended over ‘teen beat,’ ” Jan. 5).

A cop was suspended for striking a 14-year-old girl in the head during an altercation in Staten Island. First of all, the girl should have stopped what she was doing and paid attention to the police.

This girl struck the officer and kept fighting after she hit him. I don’t know how many times during his career with the NYPD the mayor was hit breaking up a fight. But our police are not punching bags and not to be disrespected.

The mayor should let the police commissioner handle these things.

I worked in the 120th Precinct for 19 years as an officer and two years as a lieutenant. I responded to school kids fighting in the street, in school and on city buses.

This young girl has admitted to punching the officer. What transpired before is a valid question.

I think that the next time something like that occurs, the cops should not intervene, but call Adams’ social workers instead.