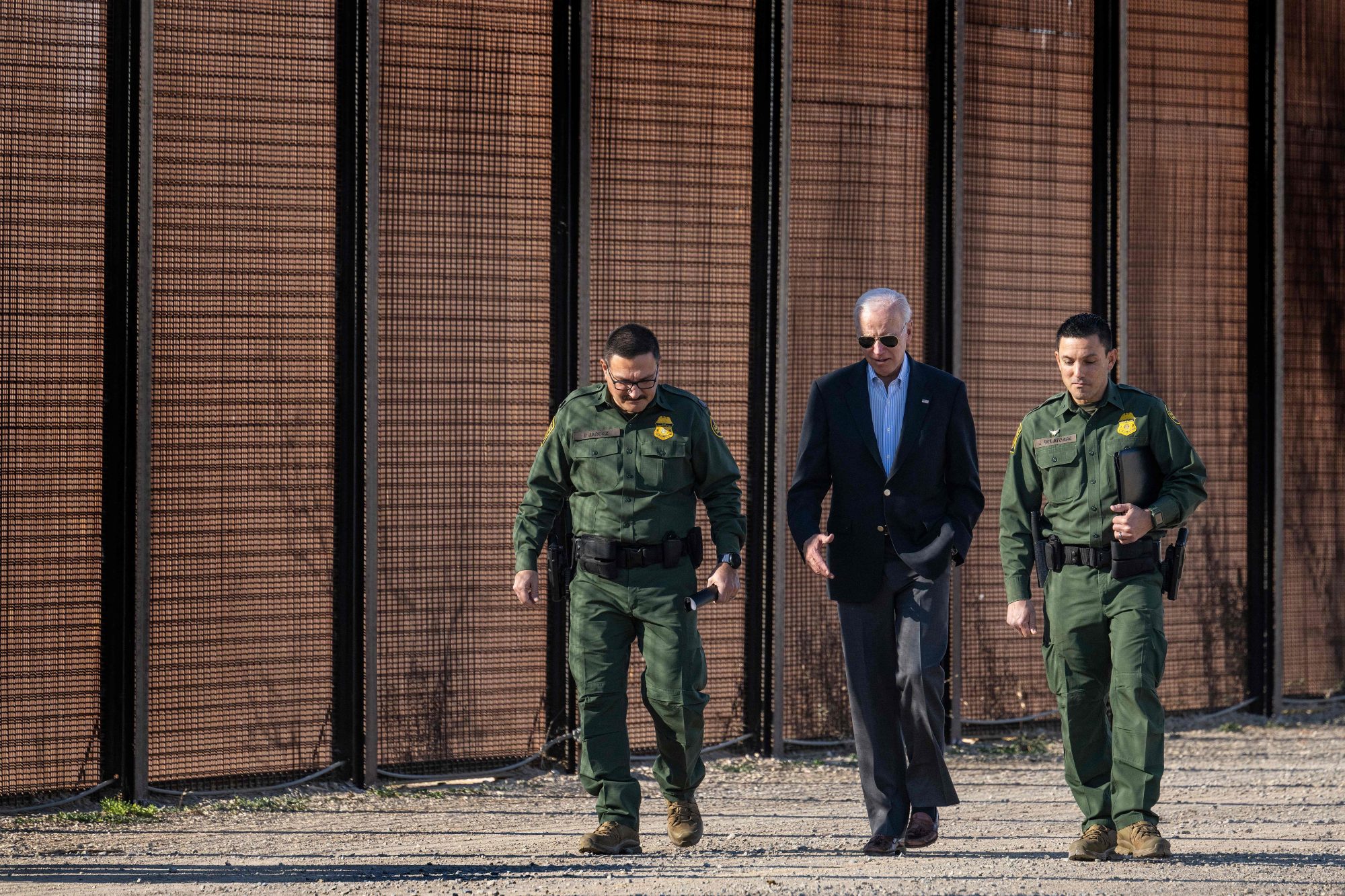 The Issue: Reports that migrants were cleared from the streets of El Paso, Texas, before President Biden’s visit.

Kudos to Gov. Greg Abbott for the letter he hand-delivered to President Biden and also to The Post’s coverage.

It was all a photo-op, and nothing will change. What Biden saw was nothing — no immigrants, no people sleeping out in the cold, no crossings. It was complete nonsense, but exactly what we expected.

I watched the Bernie Madoff documentary and learned the term “Potemkin village,” used to describe how he supposedly cleaned things up for examiners.

In politics and economics, a Potemkin village is any construction (literal or figurative) whose sole purpose is to provide an external façade to an area that is faring poorly, making people believe that it is faring better.

And that’s exactly what was done for Biden at the southern border this weekend.

So Biden finally visited the border. It was actually a pit stop on his way to Mexico.

He never met an actual migrant or got to see what the streets really looked like. Everything was sanitized and clean and orderly. What crisis?

It was a joke and a total waste of time, but now he can say he went to the border — if he remembers.

Biden’s visit to El Paso is just another example of how this administration and the Democrats continue to lie to the American people.

Like “Russian collusion,” Twitter and the Hunter Biden laptop, Biden and the Democrats want us to disregard what we see and hear for ourselves and believe what they and their media cohorts tell us.

Day after day, we see people wading across the Rio Grande, huddling under our bridges and dying in trucking containers, but we’re supposed to believe there’s no problem.

I’m not sure if people fully understand the gravity of this continued deceit, but it is disheartening to think that people are allowing Joe and the Dems to get away with it.

So Biden went to the border and spent three hours there. Really?

What a joke and slap in the face to the American people. What he should have done is fire Director of Homeland Security Alejandro Mayorkas, who is a pathological liar, and then admit to his failures and all his falsehoods. Disgusting.

So now we have the president of the United States finally visiting El Paso, and guess what — they cleaned up the town and moved the illegal migrants out.

My question is: Do they really believe the people of the United States are that stupid? I now know the president not only lies when he talks but also wants the cameras to lie for him.

The mainstream media will now tell the public: Don’t believe your eyes, only believe what we tell you. It’s truly sad that this is what the country has come to.

I give Abbott kudos for not watering down what needed to be said in his letter to Biden over failing to secure our southern border. His visit was just a photo-op, since he plans to run again for president in 2024.

What bothers me as a proud American is how politicians seem to revel in their hubris and incompetence. Biden never admits when he has made a mistake, and Vice President Kamala Harris thinks she is doing a wonderful job.

After two years of the agonizing southern border invasion, little did we know how easy it was to fix the problem. All it takes is a visit from Biden and poof, just like that, illegal immigrants and their families simply disappear — rounded up and taken by border agents and local law enforcement, along with their stuff, to an undisclosed location.

The First All-Electric Car that Runs Without Batteries