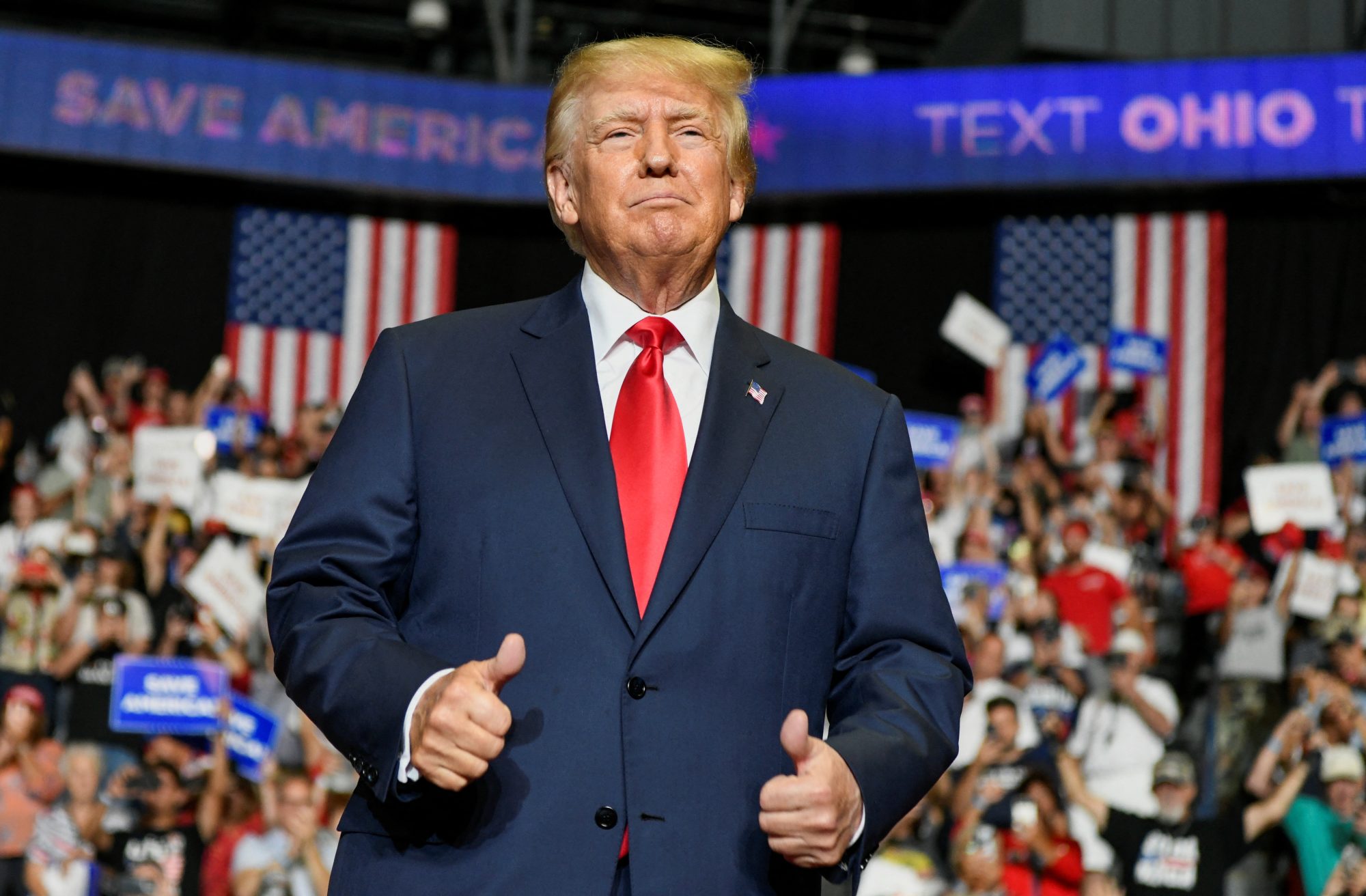 The Issue: Donald Trump’s post that the 2020 election “allowed the termination” of the Constitution.

As to be expected, this a continuation of his claims of 2020 election fraud.

As distasteful as it is for me, I now must part ways with Trump. Twitter CEO Elon Musk perhaps addressed Trump’s post best: “The Constitution is greater than any President. End of story.” I agree 100%.

I cannot imagine what would prompt Trump to make such an outrageous statement. He has, without a doubt, committed political suicide. I still feel he offered great hope for our nation; unfortunately, he blew it.

Whatever your feelings are on the 2020 election, we must all move on and let the system continue to work.

Suspend the Constitution? Is nothing that comes out of this man’s mouth subject to criticism by our elected Republican cowards?

Where is the outrage? Never in the history of our democracy has a former president uttered such a self-serving statement.

The fact that he just said this is no surprise to millions of Americans. However, the most outrageous thing about it is that he is not being condemned by his own party.

The Post joined the dishonest press in claims that Trump advocated shelving the Constitution.

What he stated was that the election fraud of 2020 was so massive and of such magnitude that it canceled (and thus allowed) “the termination of all rules, regulations, and articles, even those found in the Constitution.” An obvious reference to the requirement that election laws must pass state legislatures.

We all saw the near-unanimous media opposition to Trump when he was elected and how he was treated in office. Voters won’t stand for this again.

Ex-President Trump is still saying that he won the 2020 election, but now he wants to change the very law of the land, the Constitution, to support his views. Well, it’s not going to happen.

I want to say that I am Superman, but that would require changing the law of gravity as I am overweight and can’t fly yet.

Fortunately, the Constitution and the laws of democratic countries are protected from the whims of an individual, no matter how powerful, and any changes require the support of the people through their elected representatives.

I know that I won’t be able to fly with a cape attached, and I doubt that Trump will ever fly on Air Force One again.

Trump’s recent statement on the termination of our Constitution is beyond troubling.

It has single-handedly given me pause to reconsider his motives and my position and allegiances.

Our sacred Constitution — for which much American blood has been spilled, and which every elected official in the country swears an oath to “uphold and defend” — is my uncompromising line in the sand.

In many ways, Trump has been grossly mistreated. But to politicians from both parties, get this one stern message through all your heads: Keep your hands off our Constitution.

Trump’s personal revision of this preamble would apparently be:

“We the people, of Donald Trump’s United States, in order to form a more imperfect union, establish injustice, ensure domestic instability, provide for the Jan. 6 Capitol offense, promote the general welfare of his immediate family, and secure the blessings of libertinism to him and his posterity, do ordain and disestablish this Constitution of the United States of America.”