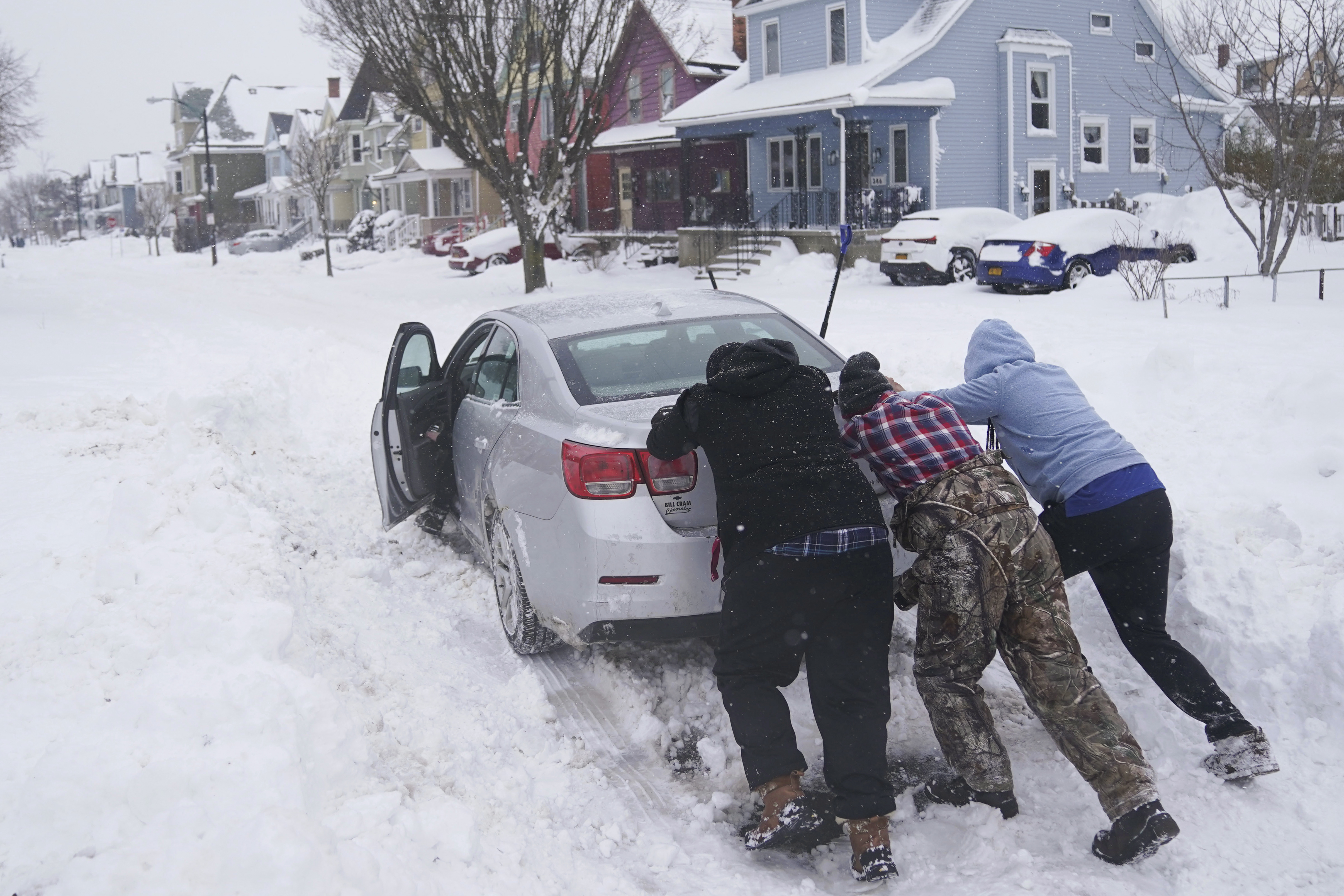 The Issue: The failure of state and local leaders to prepare for the Buffalo blizzard that killed at least 33.

The death toll from the Buffalo blizzard is tragic and alarming (“A damning calm before storm,” Editorial, Dec. 28).

While storms of this magnitude will almost inevitably and unavoidably result in the loss of lives, Gov. Hochul and Buffalo Mayor Byron Brown failed in their responsibilities to adequately prepare for this one.

A travel ban is a key element to ensuring that roads do not become clogged with disabled vehicles that endanger their occupants and inhibit plowing, resulting in roads vital for emergency response vehicles becoming impassable.

This is Emergency Planning 101. Once again, our inept elected officials failed miserably in their duties to protect the citizens they serve.

The Erie County Sheriff noted “bomb cyclone” was a term they were used to hearing, and perhaps desensitization is part of the problem (“Cold bitter reality,” Dec. 28).

The non-stop extreme-weather descriptions left people on their heels. They thought this was another heavy storm. We need to go back to regular terms, so when someone says “immense blizzard with hurricane-speed winds” it chills the soul enough that people stay home.

Use regular words, and people will get it. Clear and timely communication solves many problems before they ever happen.

Surely people listen to the weather forecast. A travel ban could have been issued earlier for Buffalo and Erie County, but nothing is so important that people should have been on the roads while knowing it could be fatal and put rescuers’ lives in danger.

It’s nice to spend the holidays with loved ones. But it’s more important to live to next Christmas.

Hopefully a lesson will finally be learned. Use your own common sense and live. J.R. Cummings

Our thoughts are with the families of those lost in the Buffalo blizzard.

Thank you to the workers helping to restore power, clear the roads and respond to urgent medical needs.

Nothing could have been done to prevent the unprecedented and utterly catastrophic and tragic storm in Buffalo. Mother Nature is an undeniable force.

However, the loss of life that occurred could have been mitigated if proper preparation and leadership were shown by our feckless, incompetent governor.

Extreme situations often require extreme measures to diminish the tragic impact. The storm wasn’t a surprise. Everyone knew it was coming, including the governor.

Roads needed to be closed. Emergency shelters needed to be available for vulnerable people to use. That poor nurse who froze to death in her car would not have lost her life if roads were closed ahead of time.

Natural disasters will always occur. It’s how you prepare and then how you recover that form the true essence of leadership. In this case, our governor failed miserably.

The disregard and incompetence in New York state and within its municipal governments continue unabated.

After the nursing-home deaths caused by Gov. Andrew Cuomo, New York now has allowed more than 30 people to die in the blizzard.

It is amazing that no one even asks the question as to why so many people died. As Cindy Adams says: Only in New York.