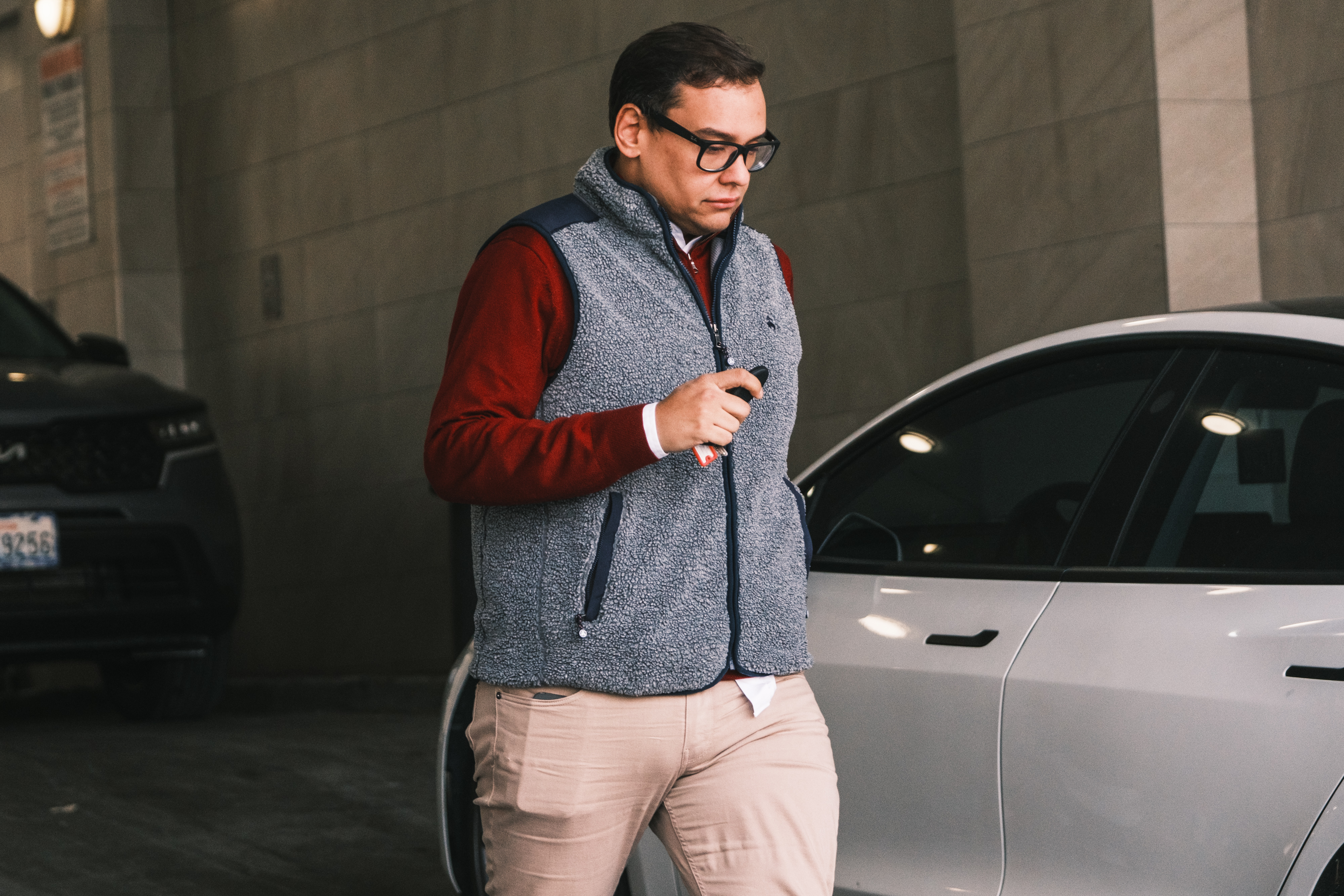 The Issue: Revelations that GOP Rep.-elect George Santos lied about his history and education.

The George Santos fiasco demonstrates a lack of regard for integrity and a lack of oversight in the institutions that govern our country (“Doghouse, but not out of House,” Dec. 28).

If an individual flagrantly lies in the process of applying for a job, then the application should be nullified.

But instead of deeming this act reprehensible, we tolerate and condone bad behavior. This is not different from the California college-admissions cheat­­ing scandal.

It is disappointing to see that the message we are conveying to our next generation is that “the ends justify the means” and the “means” doesn’t really matter.

So let’s get this straight: Newly elected GOP representive George Santos is going to be sworn in, regardless of the fact that he lied about almost everything in his campaign.

Wake up, America! This is why this country is going in the wrong direction. He should be forced to resign his seat immediately.

This liar and exaggerator is in a position to make decisions for the American people. Disgraceful.

I thought that I had seen it all after L’Orange said he won the 2020 election. But I have to say, George Santos takes the cake.

This guy is like a really bad episode of “48 Hours.” It seems like there is nothing he won’t say or do. I think he could be really dangerous. Since he had the audacity to lie about his qualifications in order to get elected to the Congress, and now that he has been found out, he thinks it is all normal and OK because he says so.

He might be living in an alternate universe. Isn’t anyone worried that this guy is slightly off-balance?

What’s all the hullabaloo about Long Island Rep.-elect George Santos not being allowed to be seated in Congress?

So what if he lied about where he attended college and later admitted he never graduated? Or that he lied about working for Wall Street firms, his Jewish heritage and his sexual orientation?

He didn’t say that the southern border was closed as record number of illegal immigrants surge across it. He didn’t tamper with or destroy thousands of emails.

In today’s world, regrettably, Santos’ behavior seems to have matched all the qualifications for advancement to higher office. His behavior is therefore a mere “tempest in a teapot.”

I spoke to some friends, most of whom held supervisory roles in their organizations.

The subject of the conversation was the out-and-out lying that George Santos did in regard to his educational, religious and vocational background.

My question was: If you hired an individual who made claims on his or her résumé, and you found them to be false, would you keep them? The answer was an overwhelming “No.”

Why would his constituents want a liar to represent them in Congress? I know I would not, and I would feel “slimed” on by this impostor.

Santos is a damn liar, and the seat he won should be subject to a special election, whether a Republican or a Democrat wins. Lying should not go unpunished.

Santos lied about his education, his employment history, his sexual preference and his religion. He certainly embellished his résumé to help himself get elected.

Santos should change parties. He would be a rising star in the Democratic Party. Under the tutelage of a Democrat like Rep. Adam Schiff, Santos would really go places. If he plays his cards (or tells his lies) right, he could be president someday.

That Santos lied about every key element of his background to gain election to Congress, an office of high public trust, is beyond outrageous.

He may not be a criminal for this act, but he’s clearly an out-and-out fraud — and he should be declared one and forced to vacate his position.

Progressives are driving away residents, millionaires

How states can move people from welfare to work, sidestepping Team Biden’s ban