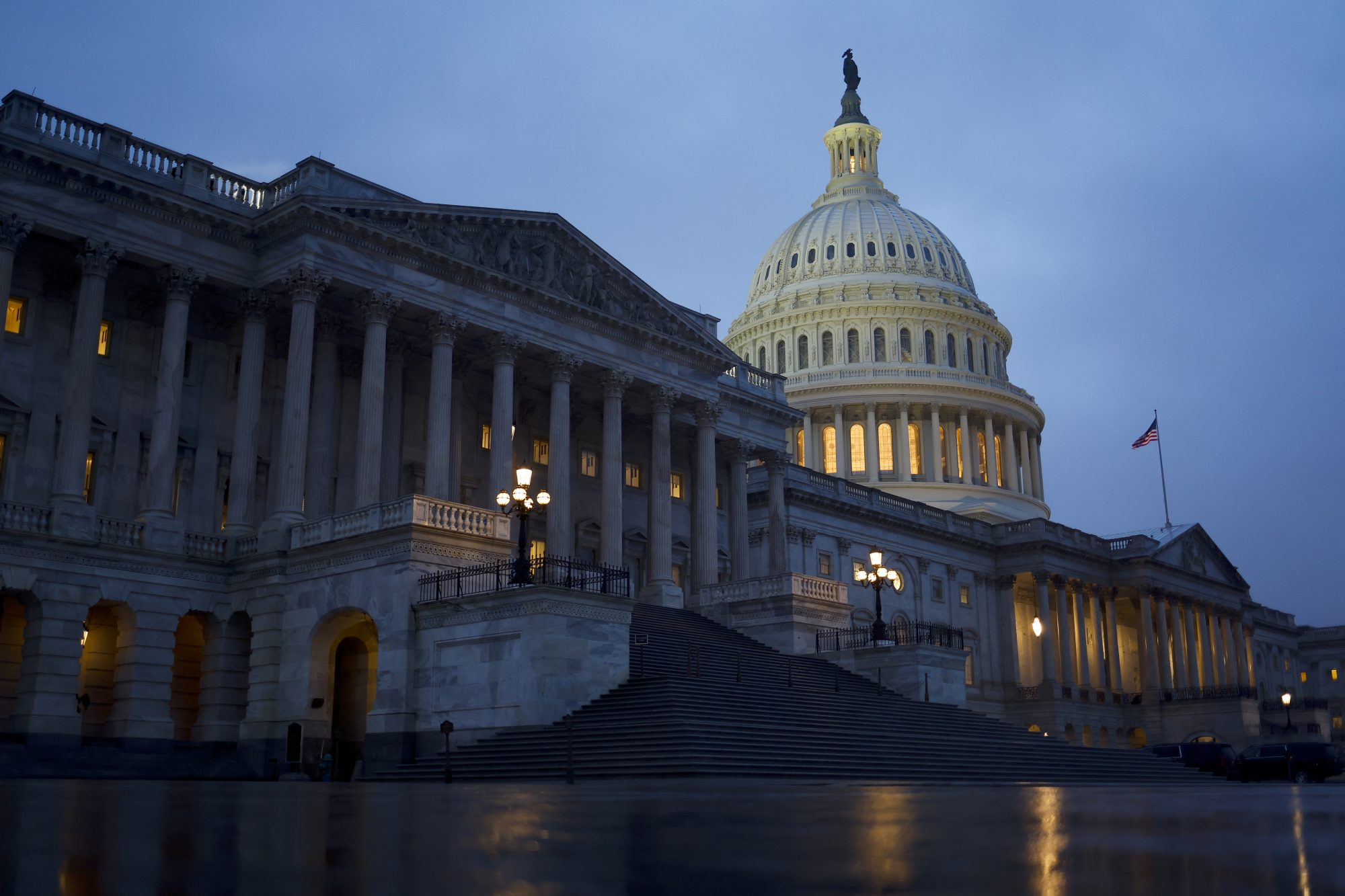 While people across the country tighten their budgets, no such restrictions apply to Congress (“The Final $traw!,” Dec. 26).

The $1.7 trillion omnibus spending bill is just the latest example of fiscal irresponsibility.

The manner in which this legislation was passed should be offensive to all Americans and is the height of Washington hubris.

This behavior will continue as long as the same people are voted into office.

I read about all the pork in the $1.7 trillion omnibus bill. I’m surprised Rep. Alexandria Ocasio-Cortez was the only Democrat to vote nay.

I remember in the early 1980s when the US debt hit $1 trillion. We’re now at $30 trillion. When will Congress stop spending like drunken sailors?

Shame on the nine House Republicans who voted for this boondoggle bill. The fact that this bill only passed by a vote of 225 to 201 means that there are some congressional members who have sanity.

Kudos to both Sens. Ron Johnson and Mike Lee for blasting the role the Republican leadership played in aiding and abetting Senate Democrats, getting their $1.7 trillion spending bill passed before Republicans take over in less than two weeks.

Republicans who voted against the newest spending package urged Senate Minority Leader Mitch McConnell to delay the vote in the current session, but the Republican leadership did what it always does, which is to cave in.

No wonder the Red Tsunami that was predicted for the midterms failed to materialize.

After a disappointing midterm, McConnell and his minions in the Senate leadership team quietly disappeared into the woodwork, letting the Democrats rule the day by adding to the $31 trillion debt.

Republicans again dropped the ball. They should not have helped pass the 4,000-plus-page bill proposed by the Democrats. They had a chance to let it die and be able to modify it in January.

McConnell and the 17 Republicans who voted as Democrats should hang their heads in shame and quit the party for ignoring their constituents’ desires and potentially increasing inflation, which burdens us even more.

The sad commentary of Sen. Rand Paul mocking Congress after passing a $1.7 trillion interim budget speaks to the most egregious practice our government follows, namely its complete unwillingness to not spend our money.

America is far and away the richest country in the world. That fact gives license to uncaring and ignorant legislators to spend, spend, spend.

Doing this is the drug that 535 fools take every day of their lives with the belief that whatever they spend, borrow or print is easily overcome and forgotten by voters who are too stupid to know what a trillion of anything is, let alone our dollars.

As a result, this nation is technically bankrupt, unable to repay its debts.

Some 18 Republican senators voted for a $1.7 trillion spending bill.

As a fiscally conservative Republican, I find myself in the same “boat” as Sam Adams and the boys back in colonial Boston. Unfortunately, there is no tea for me to throw in the harbor.

In a short span of time, in the dead of night, with no time to read the bill, Congress passed an omnibus that nobody understood. How many of you can read more than 4,000 pages in less than a week?