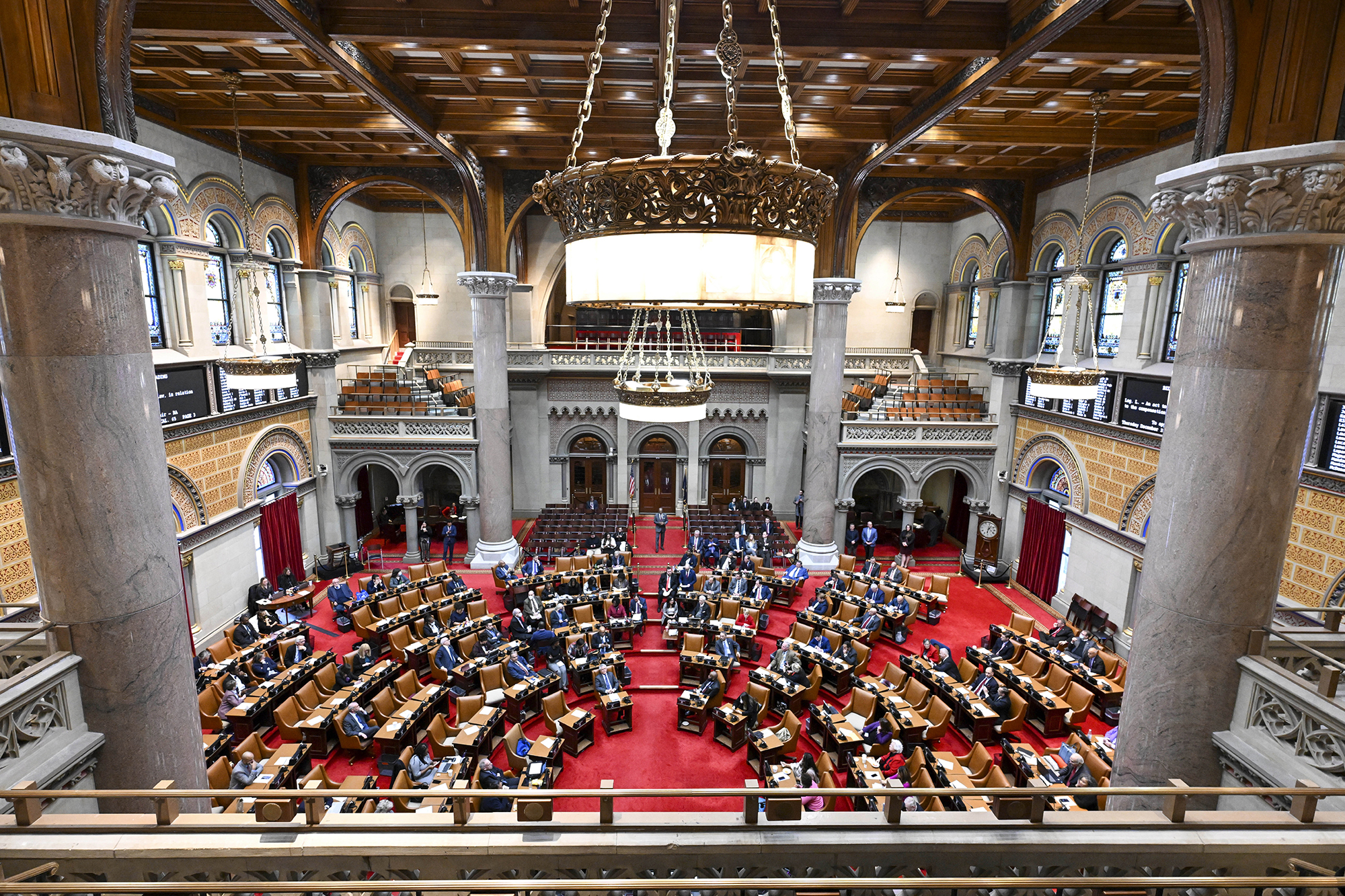 The Issue: The Legislature’s vote to raise Senate and Assembly members’ salaries by 29%.

So let’s put this in perspective: Our state legislative geniuses gather in Albany to vote themselves a $32,000 raise (“Merry Christma$ — to us!” Dec. 23).

What an in-your-face insult to every New Yorker. There was absolutely no concern for the poor working stiff who is facing the day-to-day consequences resulting from all the inept, misguided and politically motivated legislation they pass.

Inflation, gas prices, high crime, unsafe streets and subways be damned. What nerve to vote a salary hike that amounts to what many people earn in a year.

New Yorkers must keep in mind who voted for this increase the next time they vote, if they vote.

Politicians used to only be incompetent; now they are criminals, with 29% raises for legislators who “work” six months a year as the city melts down. It’s official: Anyone who votes for a Democrat is either a thief or an idiot.

It is absolutely shameful that the legislators were quick to call a special session so that they could approve a wage hike for themselves, when matters urgently needing legislative action, such as bail reform and workers compensation, are abandoned.

Clearly the Democratic-controlled Legislature is only thinking about its own selfish wants and disregarding the needs and basic, critical concerns of New Yorkers. The Legislative leaders and their members must believe that since the election is over, they can do whatever they want without any constituent consequences. They all should be fired.

It’s disgraceful that the political hacks in Albany convened their do-nothing legislative body to give themselves a 29% raise.

New Yorkers are struggling to make ends meet, and these hacks are gathering to pass legislation to line their pockets.

No thoughts of meeting to debate their crime legislation, which has served to make New York a dangerous place.

Kudos to those voters who enabled these self-serving political hacks to attain these benefits. You reap what you sow.

Imagine having a business and just deciding to give yourself a 30% raise, regardless of whether that business is profitable and how poor of a job you’re doing. Why do they deserve to be the top-paid legislators in the country while we are one of the highest-taxed states?

These are the same clowns who gave us the disastrous criminal justice “reforms” that have crime running rampant, and the 2019 rent laws that have some 20,000 affordable apartments vacant because landlords aren’t allowed to raise rent sufficiently to pay for needed renovations. But people keep voting for them. Go figure.

The nauseating audacity of the Legislature is repulsive.

The fact that lawmakers convened a lame-duck special session with the sole purpose of endowing themselves with pay raises is indicative of their self-serving, misguided priorities.

What exacerbates this absurdity is that the majority of New Yorkers will in all likelihood continue to vote these losers into office and gleefully allocate their tax dollars to reward these so-called “public servants.”

​Thanks to the New York Post for highlighting such an egregious and shameless abuse of power by the Democrats in the state Assembly.

Granted, a pay increase may have been warranted to offset the effects of inflation. However, the current rate of inflation is around 7%.

The Democrats gave themselves a raise of more than four times the inflation rate. Are these folks mathematically challenged or just shameless thieves?

Best stands for your MacBook and MacBook Pro 2023