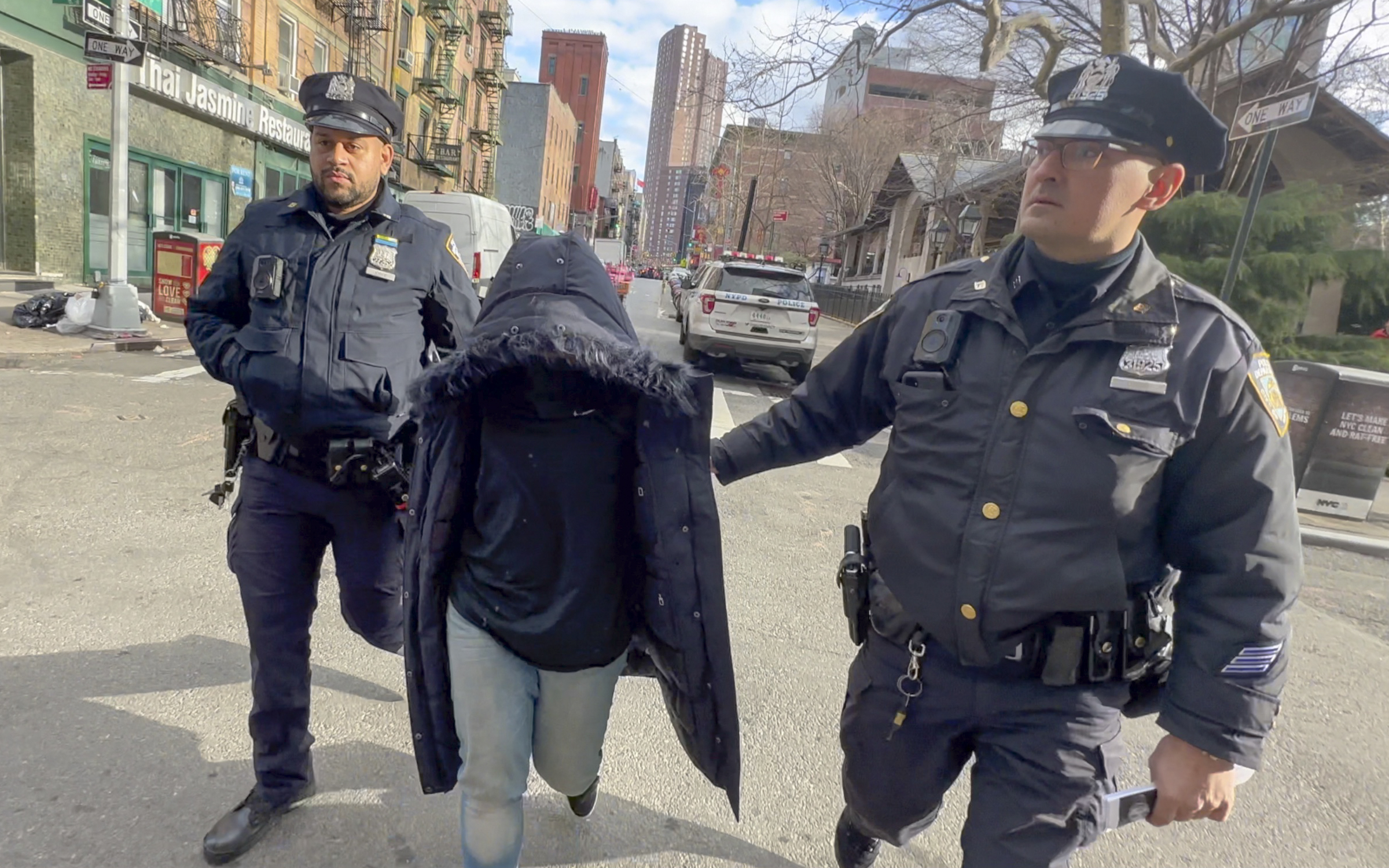 The Issue: A serial robber who broke into the Manhattan townhouse of actor Robert De Niro.

Robert De Niro’s sanctum was invaded while he and his daughter were home, sparking yet another call to change our disastrous no-bail laws (“You takin’ from me? ” Dec. 20).

Every day, we are treated to stories of the revolving-door justice being doled out to similar violators. However, a member of the “liberal elite club” experiences a home invasion, and the rest of the members get right to work.

Shouldn’t all New Yorkers receive the same attention, regardless of their status in the class system?

Here we see America’s best police officers doing another great job: They had kept a known serial burglar under surveillance as she tried to get into several commercial locations. Then they saw her break into De Niro’s townhouse through the basement. They followed her in and arrested her on the second floor. The perp was charged with burglary.

Now here’s the kicker: She is being held on $40,000 bail. The victim is an Oscar winner, so the perp gets held on bail by soft-on-crime Manhattan District Attorney Alvin Bragg. I guess this is what is called “equal justice.”

Some folks cannot imagine how traumatic it is to find a burglar in your home, even if the person is unarmed and a female.

Shanice Aviles has 26 priors on her rap sheet, and it’s quite shameful that she has not been removed from the street.

This is another example of our broken justice system and idiotic bail reform. If De Niro is smart, he will get out of New York City and send a message that he is leaving due to not feeling safe here.

Since he is a big-name actor, paying $69,000 a month in rent for starters, perhaps the lost revenue would get the attention of Gov. Hochul. Our politicians need to protect law-abiding citizens and not repeat offenders.

It really is a shame someone can be arrested 26 times and still be free to continue her break-ins.

If she had actually hurt De Niro, what would he have had to say? How would he feel about someone being able to commit crimes and just keep walking free?

The Issue: A bill that would prevent victim statements from being a primary factor in the parole process.

Not satisfied with having championed the release of cop-killer Herman Bell during her recent tenure as a parole board commissioner, she is now advocating for legislation that will further erode our safety and confidence in the criminal justice system.

The “Fair & Timely Parole Act” will, among other things, silence the families of those who experience heinous crime in order to benefit the perpetrators.

I suggest that crime victims, our public-safety officers and the law-abiding public should be of paramount importance, regardless of the convoluted priorities of Shapiro and her fellow travelers.

Your recent article on efforts to silence the parole-board testimony of those seeking redress from criminals was truly alarming.

Even convicted felons don’t forfeit their right to be heard. So why should their victims?

With Gov. Hochul’s help, the “incarcerated persons” have finally taken over the asylum. Why shouldn’t New Yorkers abandon their sinking ship of a state?