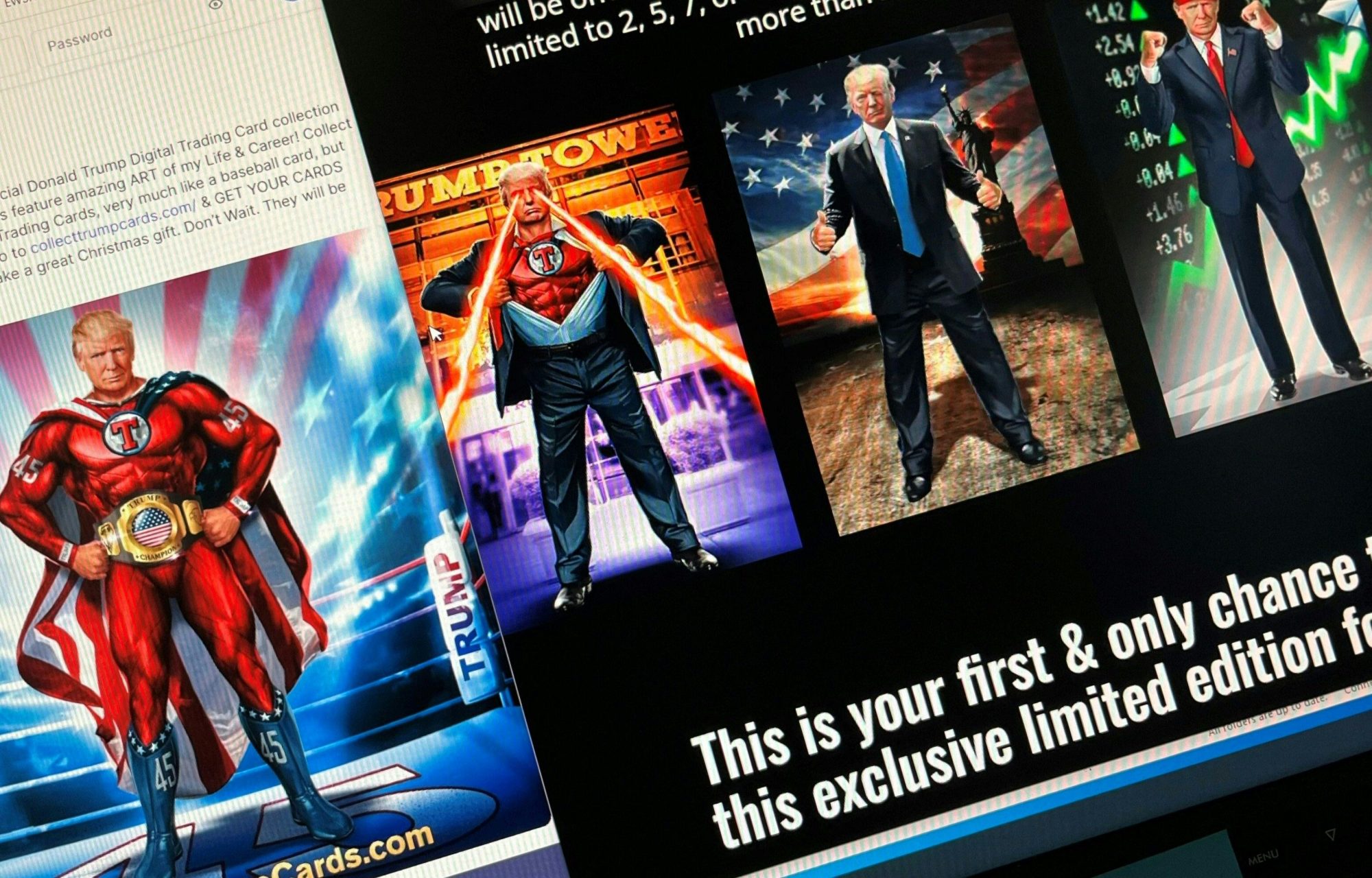 The Issue: Former President Donald Trump’s offering of NFT likenesses of him for $99 each.

The complete lack of judgment behind former President Donald Trump’s “major announcement” (which can’t be written without quotes) is absolutely surreal (“Don’t give a dollar to this con artist,” Editorial, Dec. 16).

The most shocking thing about it is that the people around him told him that it was a good idea, and helped him go through with it.

After Trump’s recent major announcement pitching a photoshopped digital card collection of himself for $99 each, I image P.T. Barnum is rolling in his grave, laughing. I’m now left asking: Can you say cheesy?

I remember, when I was a youth collecting baseball cards with my allowance, the stale slabs of pink bubble gum in every pack.

Donald Trump is now hawking trading cards bearing his likeness in various characterizations portraying him as a heroic savior.

A piece of bubble gum would be a nice addition to these cards as well: orange in color, sour grape in flavor and in the shape of a piece of stale baloney.

Embattled former President Trump has evidently taken leave of his senses with his cheap peddling of this zany, solipsistic NFT collection.

Better than Abraham Lincoln, better than ­George Washington? Nah — Trump is now lower than a worm.

Trump’s big announcement is that . . . he is hawking NFT trading cards of himself.

I would like to collaborate with him to add a card of him in a jail cell. It would make a great collector’s item.

Trump is a man with no class and no shame. He has overstayed his welcome.

The Issue: An Anti-Defamation League report on soaring anti-Semitism on US college campuses.

The Post is correct that “Hostility to Jews on U.S. college campuses is soaring” (“The Hate the Left Won’t See,” Editorial, Dec. 16).

One of the most egregious examples occurred last year at the University of Southern California. A student, Yasmeen Mashayekh, publicly tweeted her homicidal ideation: “I want to kill every motherf  - - ing Zionist.”

Did USC President Carol Folt expel Mashayekh, who as an adult had made clear that Jew-killing was her raison d’ etre, and thereby remove a clear and present danger to the Jewish community of USC? Of course not.

Folt represents the present generation of left-wing, emasculated university administrators who take anti-Semitism no more seriously than did their right-wing German university predecessors in the 1930s.

People talk about the anti-Semitism on the right. But the real anti-Semitism that is affecting our young people is on our college campuses, with students being pressured to hide their Jewish identity — and that is all coming from the left.

The schools don’t speak out against it, and you’ll never read about that in the media. Why? Because they are part of it.