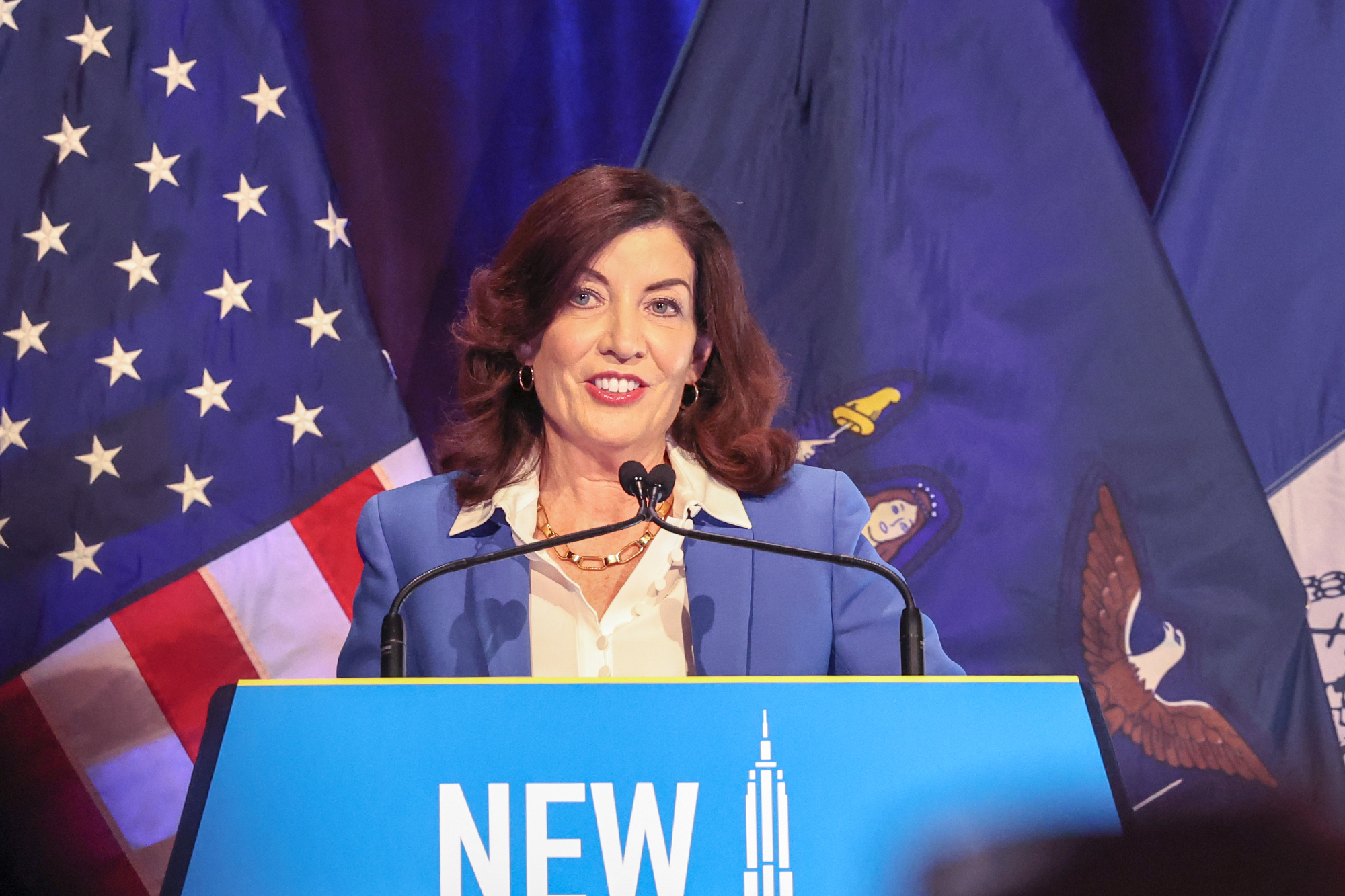 Raises for pols
Even by New Yorkers’ low-grade expectations of their elected officials, Gov. Hochul’s support for Assembly and state Senate raises is astounding (“Kat: Yes, return & raise your own pay!” Dec. 10).

The governor, her predecessor and both Democratic legislative conferences have imposed the worst crime spree on our citizenry in decades —with no sanction.

In the five boroughs, they’ve destroyed the beautiful city bequeathed to us by Mayor Michael Bloomberg’s leadership.

One legislator, referencing the prospective raises, remarked “You get what you pay for.” I say, “We should pay more for this disaster?”

He argues that fear is unwarranted and based upon a century of fictional portrayals of robots gone amok. Three specific arguments are offered: 1) Robots to date have not caused any significant problems. True. 2) Robots are very useful tools and, in some cases, robot-administered lethal force has saved innocent lives. True. 3) “We are extremely far away from the time when robots achieve human-like autonomy, or when AI matches our intelligence.” Not so fast.

The I in AI usually is taken as human-like intelligence. Robot autonomy and intelligence need not be human-like, nor should we expect them to be so.

Like Thomas Nagel’s famous bat, computers and robots may manifest both autonomy and intelligence in a manner very alien and even incomprehensible to us. That makes them no less dangerous, and it is not obvious that time of reckoning is far away.

The group should quit their bellyaching. If a baker can choose not to make a cake for a same-sex couple, the same can be said for not being served at an establishment that doesn’t agree with what that Christian group stands for.

I say this as a lifelong Catholic, but if we are going to be outraged by this, we also must remember how the couple felt when that baker refused to make their cake.

Personally, as a businessman, the thing I’d care about is the bottom line. But splitting hairs is how we got to where we are.

It’s time we all stop this petty bickering and get back to things that matter. Getting this country back on track should be the only concern of every citizen of this once-great nation.

We all have to live here. Do we need to be miserable, too?

Dems’ gun folly
I’d like to thank Kevin D. Williamson for getting at the truth on guns in his piece “A Shot in the Dark” (PostScript, Dec. 11).

President Biden, Gov. Hochul, Mayor Adams and their ilk seem to work hard at circumventing the law and placing an array of obstacles and delays in front of their constituents. If only they worked as hard on the true issues effectively.

With all their talk about areas turning into the Wild West, why don’t they back that up with evidence and figures?

Gall out in the ‘open’ at the US border