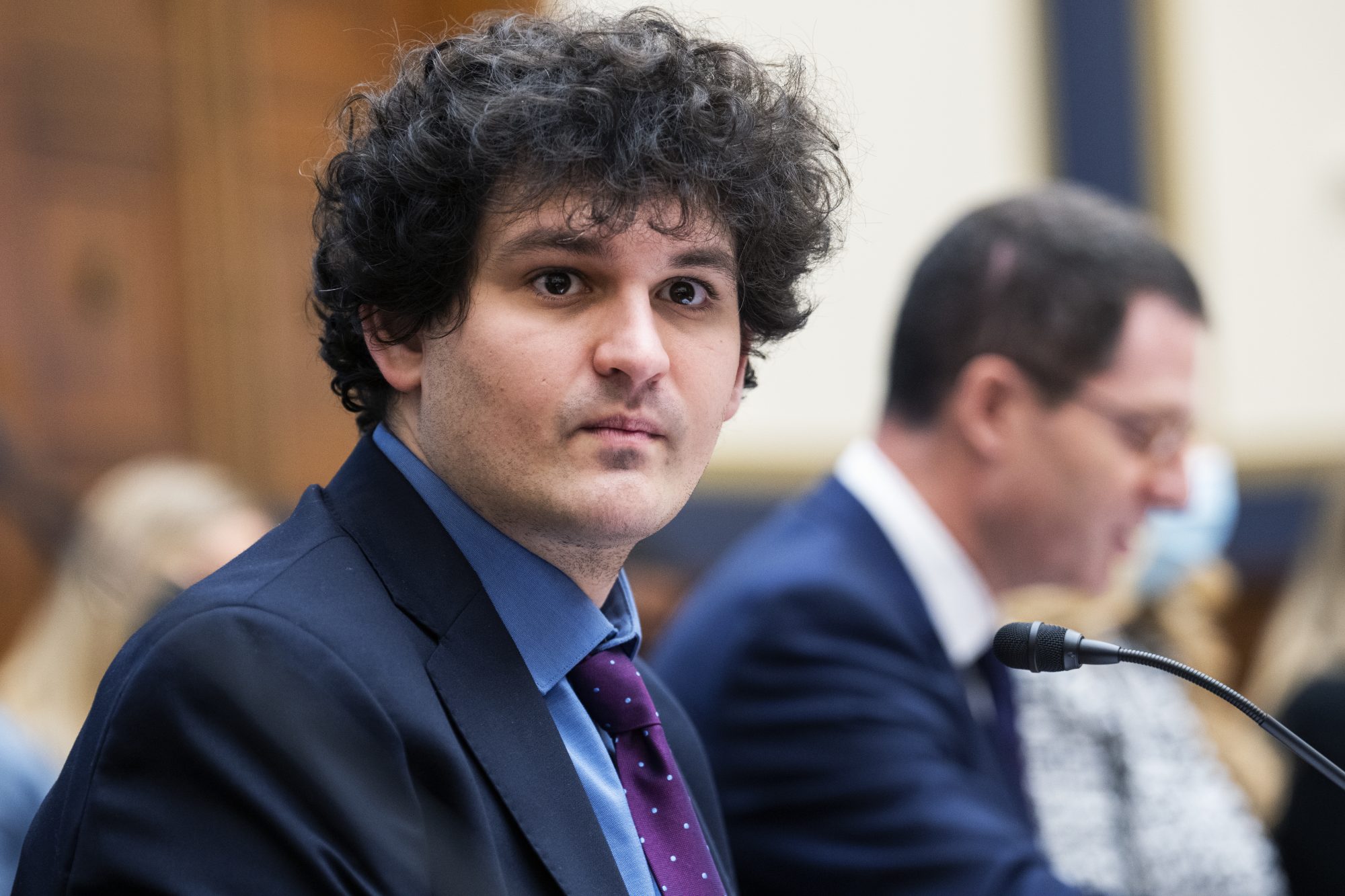 This crypto crybaby will absolutely roll on anybody to save himself (“Hairy Plotter,” Dec. 14).

It’s no surprise to me that Sam Bankman-Fried was arrested instead of having to go in front of Congress under oath. He’s already crying about going to jail because he’s “depressed and a vegan.”

He doesn’t have the character to take responsibility for what he has done. He will blame everyone else for his misfortunes.

It really shows the height of stupidity and greed of politicians and celebrities to jump onto the bandwagon of a snake-oil salesman.

I hope they make him testify in front of Congress and then lock him and his associates up and throw away the key.

So the hairy truth is revealed: The disheveled mini-Madoff made off with people’s money, yet wants sympathy because he’s depressed. He shouldn’t get any soft treatment or sympathy, as he allegedly stole millions and ran.

This tofu-eating vegan will flip out when he sees the reality of his life in jail and wish he’d chosen another profession.

He should be thrown in jail for life and repent for his actions.

Charles Gasparino’s article about Sam Bankman-Fried’s bankrupt cryptocurrency exchange piqued my curiosity for what it didn’t say (“Ravings of a ‘Madoff’ man,” Dec. 14).

Yes, Bankman-Fried was compared to Bernie Madoff. Yes, SBF is an egotistical liar and crook.

What Gasparino doesn’t say is that SBF was allowed unfettered access to politicians through massive donations. This includes donating over $5 million to President Biden.

Rep. Maxine Waters, chair of the House Financial Services Committee, said a subpoena for SBF to testify before the committee was “on the table,” but she wanted him to testify voluntarily.

How convenient that he was arrested in the Bahamas the day before the hearing. What about those hearings? It leaves many questions unanswered.

A new synonym has joined “Ponzi Scheme” in the lexicon of (alleged) financial crimes: the “Sham Bankman-Fraud.”

The Issue: Michael Ard’s column on the prevalence of government corruption in Latin America.

However, Ard doesn’t touch upon how many well-known companies have surreptitiously lined the pockets of corrupt leaders in this region of the world to obtain lucrative contracts at the expense of the public.

An example of such corruption was the construction of 12 soccer stadiums in Rio for the 2014 World Cup. This complex cost over $900 million — three times the projected cost, due to outright thievery by corrupt officials.

The costs of this huge theft of government funds were passed along to the Brazilian people.

Ard’s piece on corruption in Latin America is spot-on. He says a “weak judicial system” makes corruption hard to clean up. Look no further than the United States in 2022.

Ard should focus his expertise on the rot fermenting in his own country. We are living in very dangerous times.

What’s the chances of getting a car on finance with bad credit?

Pokémon Scarlet and Violet: How to evolve Charcadet into Armarouge and Ceruledge