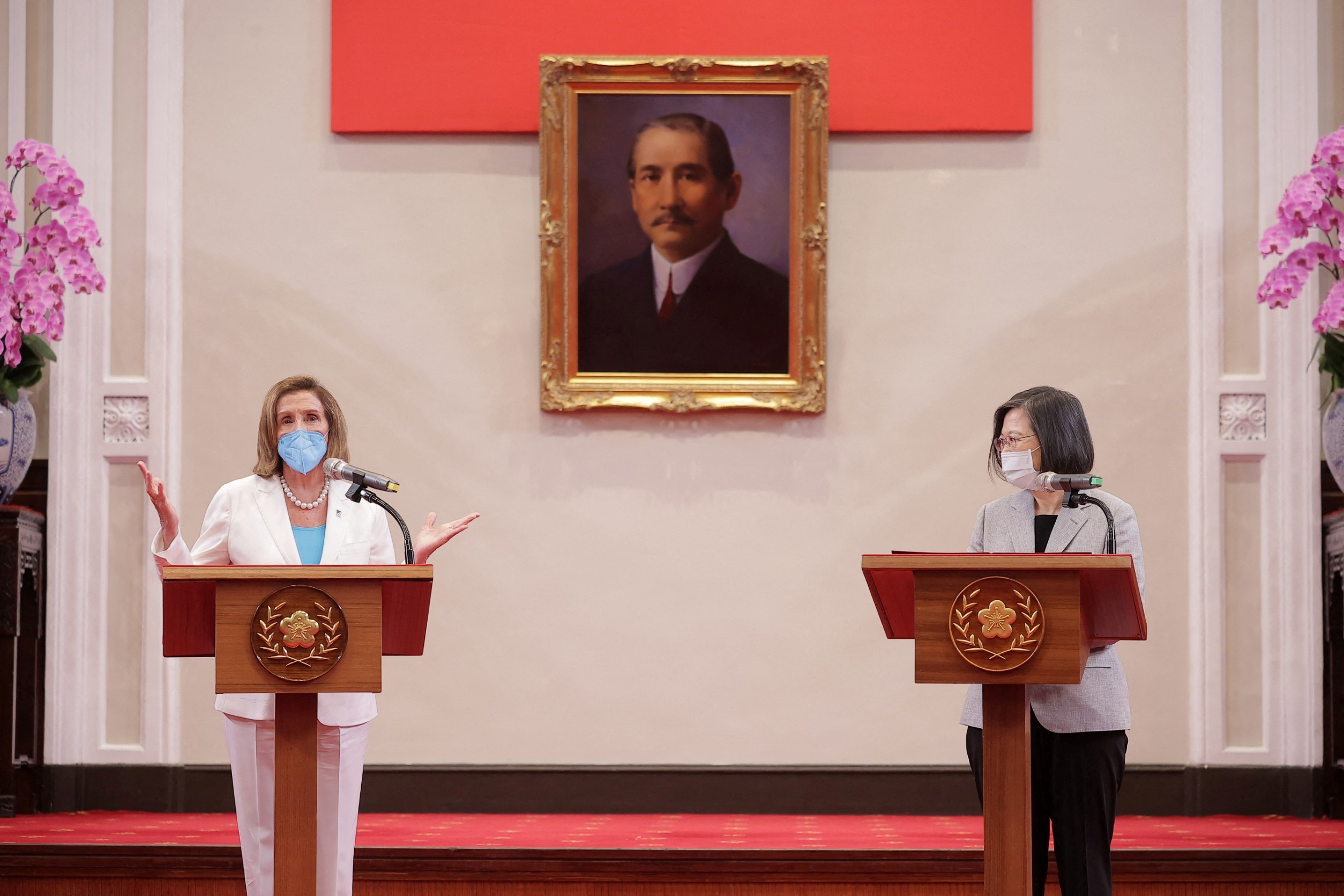 The Issue: House Speaker Nancy Pelosi’s trip to Taiwan in the face of threats from Beijing.

Taiwan has never been part of China (“Pelosi’s Stand for Freedom,” Editorial, Aug. 3). It is an independent democracy and should be recognized as such.

China should end its aggressive actions to cow Taiwan into submission. The United States should take the lead by fully recognizing Taiwan as a sovereign state.

The closer we get to midterm congressional elections, the more bipartisan positive acts are being implemented.

True, House Speaker Nancy Pelosi visiting Taiwan was a good move, even if there is no follow up. China, hopefully, will not retaliate militarily. But even if they do, we must show strength, not weakness.

The Dems want to keep their seats in Congress, so expect more good things to happen.

While I am not a fan of Pelosi, kudos to her for following through despite Chinese threats and blustering.

Coinciding with the deployment near Taiwan of the USS Ronald Reagan, USS America and the USS Tripoli, a clear message is being: Lay off Taiwan.

What is Pelosi’s Taiwan publicity stunt intended to do? Make America forget the inflation crisis that her party and President Biden caused? Or the almost 2 million illegals that have already crossed our southern border? Forget the unbelievable fact that Attorney General Merrick Garland and FBI Director Christopher Wray have let Hunter Biden skate on his numerous alleged crimes?

That’s a lot to ask us to forget by initiating one unnecessary trip to Taiwan. Although perhaps 10 or 12 trips to the moon might suffice.

To her great credit, Pelosi defied Beijing’s bullying by making that stop in Taipei, where she applauded Taiwan’s “vibrant democracy.”

Biden threw a monkey wrench in her trip planning by publicly saying the US military thought it wasn’t a good idea, given our ongoing tensions with China.

Just another very sad sign of the weakness of this newfangled woke military.

The Issue: The attack on a McDonald’s worker by the son of a customer angry about her order.

A couple of weeks ago, a career criminal was killed by a bodega worker over an argument about potato chips. Now, a young “gunman” settles a score by shooting a McDonald’s employee over cold french fries served to his mother.

The shooter’s mother doesn’t appear to have a problem with her son’s actions. After all, the fries were cold! I wonder what the next justification for shooting a worker will be. Maybe the late delivery of a pizza?

Due to the dangerously out-of-touch criminal-justice policies of the progressive elite, there will soon be no safe spaces left in this city.

In the latest case at a Brooklyn McDonald’s, 40-year-old Lisa Fulmore complained her “fries was cold.” A worker pretended to exchange her cold fries with new ones and she left, but they were still cold.

So she summoned her 20-year-old son who, with arrests in 2019 for grand larceny and 2018 for theft of service, allegedly shot the worker to avenge his mother’s suffering.

How To Defrag Windows 10 And Is It Worth It?