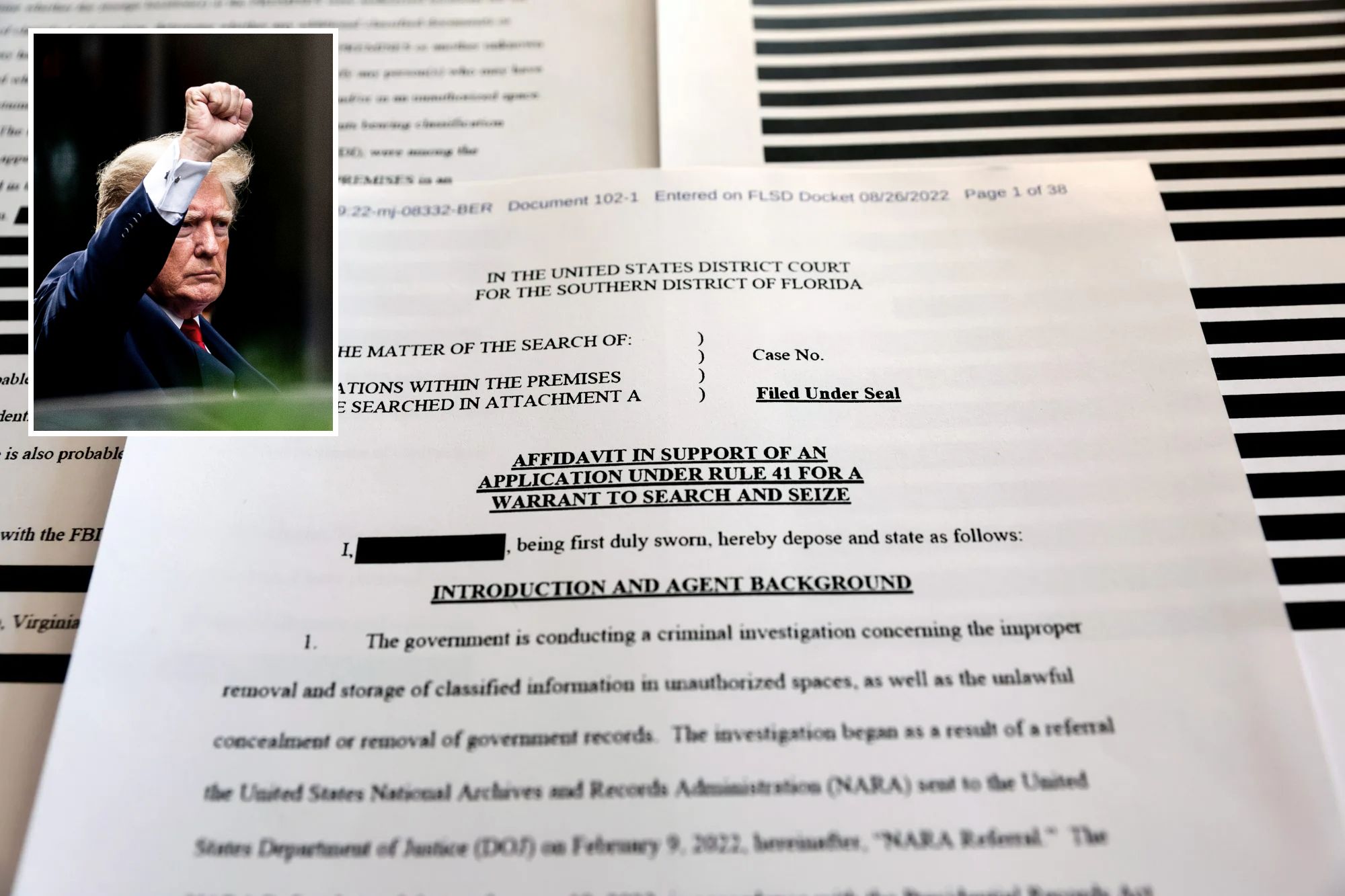 The Issue: The partial release of the affidavit supporting the FBI’s raid of Mar-a-Lago.

When the redacted document was shown to the press, I had to stare in disbelief. It looked like 95% of what was there was blacked out.

All of this while Hunter Biden’s laptop was in possession of the FBI for over two years, and there has been not a peep from it.

More and more, it looks like the FBI needs restructuring, and there needs to be elimination of all the bad apples.

Once again, we’re letting Trump misdirect, obfuscate and delay, delay, delay (which were, admittedly, his great strengths in the business world).

The issue is not “were the documents discovered in his possession classified or not?” but rather, “why was he in possession of government documents of any sort?”

As a former president, he has no legitimate reason to have any government documents in his possession.

I remember reading many accounts of questionable handling of classified information — going all the way back to Sandy Berger stealing classified documents from the archives, former President Bill Clinton “misplacing” nuclear codes that went missing for weeks and Hillary Clinton storing classified documents on an unauthorized server and the millions of documents in the possession of President Barack Obama, who promised to digitize them and properly file them, which is still not done.

Other than with Trump, there was no “crisis” — no raids on the personal homes of these people.

The Democrats are desperately trying to motivate their far-left base to avoid losing power after this year’s election.

Trump’s supporters, including many members of Congress, demanded that the basis for the Mar-a-lago search warrant be revealed, and now, it has been.

It shows that the former president believed that he had a right to retain myriad classified, secret and top secret documents which belong in the National Archives, many of which could severely compromise national security if they fell into the wrong hands.

What difference is the release of the affidavit going to make? Trump’s diehard supporters, who believe his lie that he was the rightful winner of the 2020 election, accept any atrocious thing that he says or does, so they will continue to believe that — despite his improperly retaining boxes of government documents — he is being persecuted by Biden and the Democrats.

Day after day, all we hear is how Trump’s actions have put our nation’s security at risk — yet when it came to Hillary’s unsecured server and all of Hunter’s shady deals, not a word was said about how their actions undermined national security.

The media, helped by the hysteria coming from the Democratic-controlled Congress, have done nothing but stoke divisiveness against Trump and ignore and hide the crooked dealings of Hillary and Hunter.

Vote Republican this November and stop this partisan madness.

If it’s not the deep state or the media that bear responsibility for Trump’s troubles, then who is the guilty party? Could it be the former president himself?

Before he lost his battle with Alzheimer’s, former President Ronald Reagan organized his memoirs and supervised the creation of the Reagan Presidential Library. President Jimmy Carter established The Carter Center, and George W. Bush pursued his passion for painting, with one collection dedicated to veterans.

The common thread for these post presidencies, like so many others, is dignity and decorum — attributes yet to appear in Trump’s Oval Office afterlife.