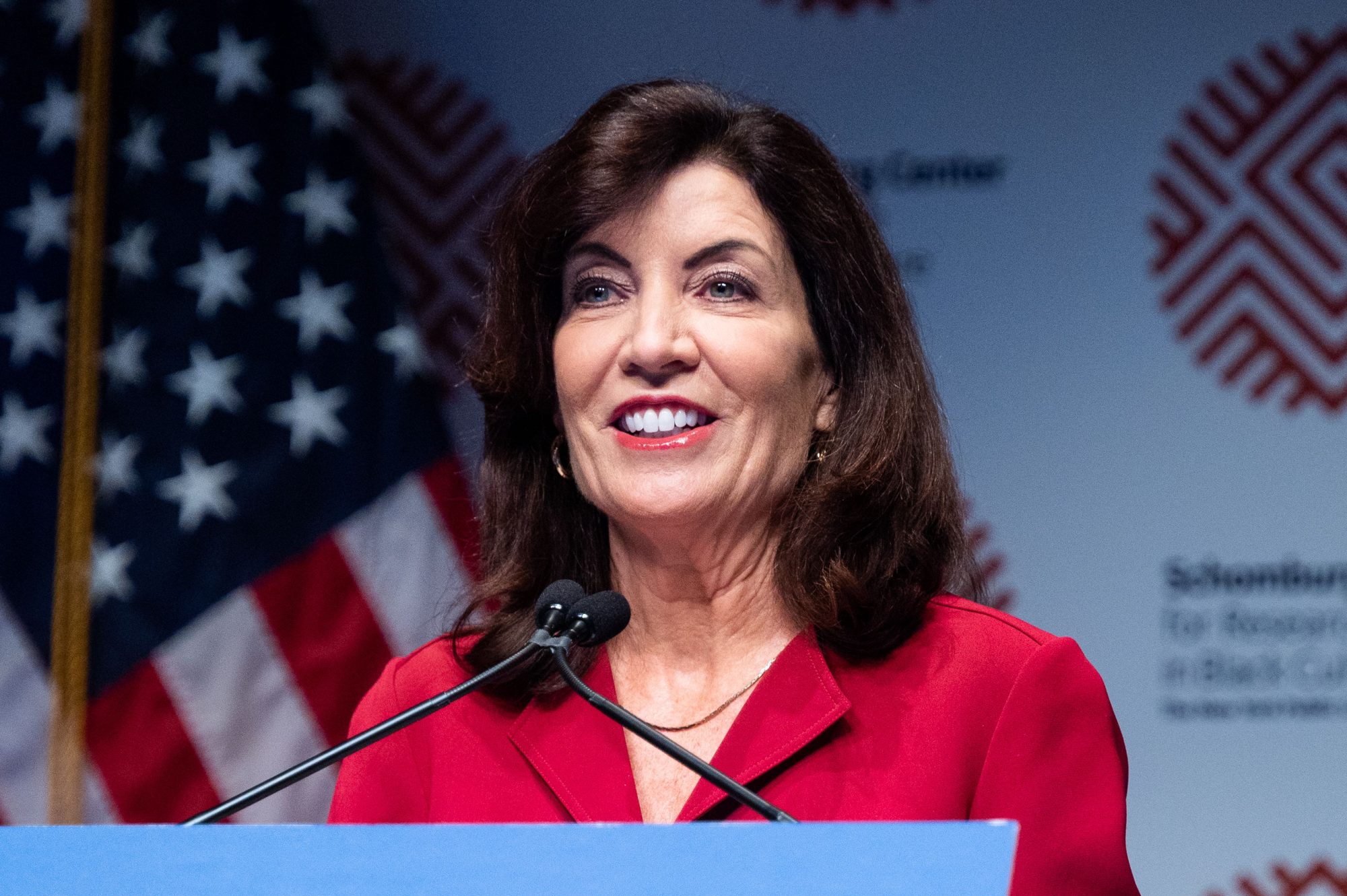 I see that unelected Gov. Hochul is a graduate of President Biden’s school of unity (“Gov’s ‘Go Away’ Lunacy,” Tim Hoefer, PostOpinion, Aug. 26).

She requests Republican constituents jump on a bus to Florida, since they aren’t New Yorkers. Lady, you represent all of us whether or not you (or we) like it.

You should stop the photo ops, get back to your desk and figure out how to close the ever-widening gap between Republicans and Democrats in New York instead of pitting them against each other.

Keep your bias to yourself and try to do what’s best for all of us.

As a Floridian with children and grandchildren living in Brooklyn, I visit New York a lot. I no longer feel welcome.

I told my kids I will still visit but no more restaurants, Broadway, botanical gardens, museums, etc.

New York’s accidental governor, Kathy Hochul, snappishly reprised her predecessor’s contempt for the state’s conservative and Republican voters by wishing they would hop on a bus to Florida.

This mealy-mouthed mediocrity is a chip off the old block of those pernicious Democratic Albany pols who have turned the Empire State into a liberal wasteland.

On the horrendous crime problem, she’s turned her back on Mayor Adams by not calling for a special legislative session to end this revolving criminal door madness. And she backs economic boondoggles to buttress her campaign coffers.

Do us a big favor, governor, and just hop on a bus to California.

Hochul must feel that it is better to rule in hell than to serve in heaven.

Obviously, if more than 2 million of us Republicans left, the tax base would be decimated. If she knows this and says it anyway, she should not be anywhere near the reins of power in the state.

Rep. Lee Zeldin offers us just the opposite — ideas that bring people to our state. The difference between our two choices could not be any clearer.

Shame on Hochul for implying that Florida is purgatory and Zeldin belongs there.

Both Zeldin and Florida are success stories. Florida is now the third-most populous state. Zeldin is a worthy candidate and an Iraq war veteran who served with honor and distinction.

His political beliefs are shared by millions of New Yorkers.

Under Hochul, , unemployment, home­lessness and crime have risen to the point where New York City is an unsafe place to walk the streets or ride the subway.

Many New Yorkers have already heeded her advice and relocated to the Sunshine State. Perhaps it’s time for Empire State voters to show ­Hochul to the exit and direct her to the nearest southbound bus as well.

The Curley Effect, named after a Boston mayor who enacted policies designed to drive away the people who didn’t vote for him, seems to be the governing philosophy in the big cities and states run by Democrats.

Life may get worse for the people still left behind, but that’s a small price to pay if you’re a career politician devoted to staying in office and keeping the perks that go with it (like Hochul’s Buffalo Bills’ stadium deal, which she and her husband will benefit from).

Many New Yorkers have already left, but Hochul’s remark shows that she believes her work isn’t finished yet.

Former Gov. Andrew Cuomo came close when he said Republicans don’t belong here, but I think the last time Republicans were told to leave New York, they were abolitionists.

It’s good to know the party continues to make the right enemies.

Editor’s Desk: How Apple can win me over at its Far Out event