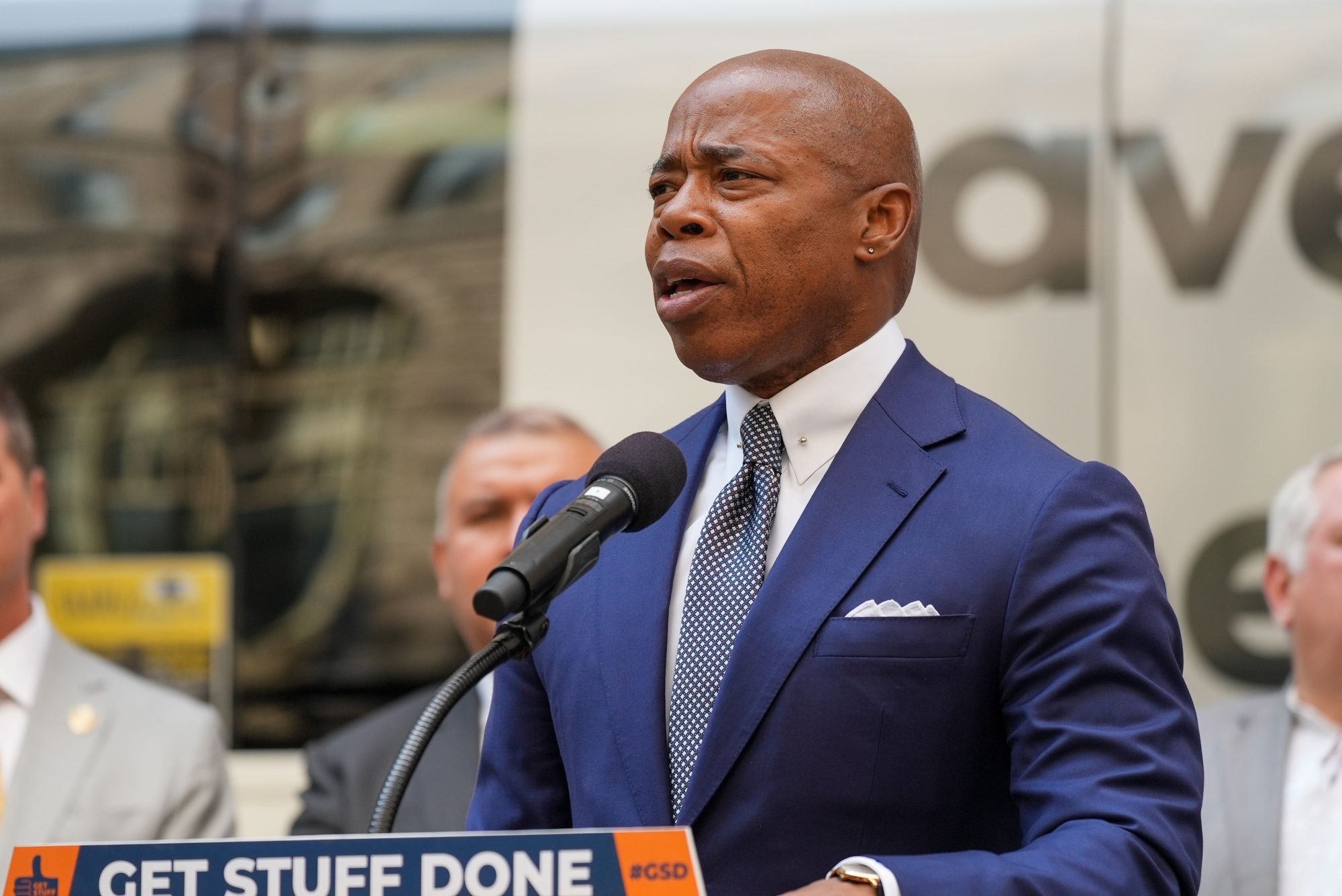 The Issue: An NYPD directive that cops shouldn’t congregate to talk after Mayor Adams’ criticism of it.

Mayor Adams needs to be recalled (“A conversation stopper at NYPD,” Aug. 25).

What a hack. He makes former Mayor Bill de Blasio look good, if you can believe that.

The NYPD has been vilified not only by left-wing anarchists, but by the elected officials of Albany and the city.

The NYPD brass should pull the mayor’s protection detail and go on full strike, and let’s see what happens.

Adams claims to be pro-law and order and one of them. Instead he’s a political hack and pawn who has no business running the city.

So the esteemed Adams doesn’t want NYPD officers speaking to each other on duty. Meanwhile, the shameful mayor cavorts around town having a grand old time.

He is nothing more than a Bill de Blasio 2.0. New York City is plummeting into the abyss. I have three sons who still live in New York City, along with five grandchildren, so I have grave concerns for their safety.

I did not support Adams for mayor and think he is doing a poor job. I rarely, if ever, agree with him. However, I do agree with his recent directive regarding deployment and decorum of officers.

There is no reason for groups, in varying degrees of size, of uniformed on-duty officers to be gathered together chatting, laughing and shooting the breeze in the street. None. I have seen it far too often.

Once, I saw no fewer than seven uniformed officers joking and laughing in one car of the L train. Their job is to protect the public. Period.

Re: Pat Lynch’s comments — if any officer wants to quit, no one is indispensable. There is no more justification for this than there ever is for four buses to show up in quick succession after being AWOL for what feels like an eternity and the bus driver giving a ridiculous excuse.

The order telling cops not to congregate and engage in conversation is misdirected. The order should be directed at immediate sergeant supervisors.

Ignoring this behavior is called “failure to supervise.” Many times, sergeants themselves are engaging in conversations.

There was a time when cops would break up when they saw the supervisor coming towards them. Today, you can’t tell the difference between the cop and the supervisor.

The NYPD released a memo stating that police should not congregate and converse in groups, and that they should be at their deployed posts.

Adams is now micromanaging and basically picking on those who protect the public.

What’s next? Will officers not be able to hangout with each other after work? No wonder why they are retiring in great numbers. Another blunder by our mayor.

As a 35-year retired NYPD supervisor, I agree with Mayor Adams’ directive for cops not to congregate for meaningless chatter.

This is for their own safety. Gathering in groups for no legitimate purpose only offers cops as targets for the hate-police crowd. It’s easier for even a bad shooter or roof rock-thrower to hit someone if cops crowd together.

Yes, spreading cops out is more productive for community protection. But cops can pair up or pass by each other on foot patrol. It’s tough enough to be a cop in these crime-ridden times. Don’t make yourself an easy shooting target in a gabfest.

I think Adams has hit the nail on the head. The mugging, slashing, robbing and raping of New York citizens is not the result of the liberals’ no-bail policy or the progressive anti-police mindset.

The runaway crime is caused by the gabbing and congregating of police. They should spread out and be picked off one-by-one. Police in a group are hard to attack and don’t give the criminals a fair chance.

A new ‘devil’ of a problem for Planet Earth: vanishing humans