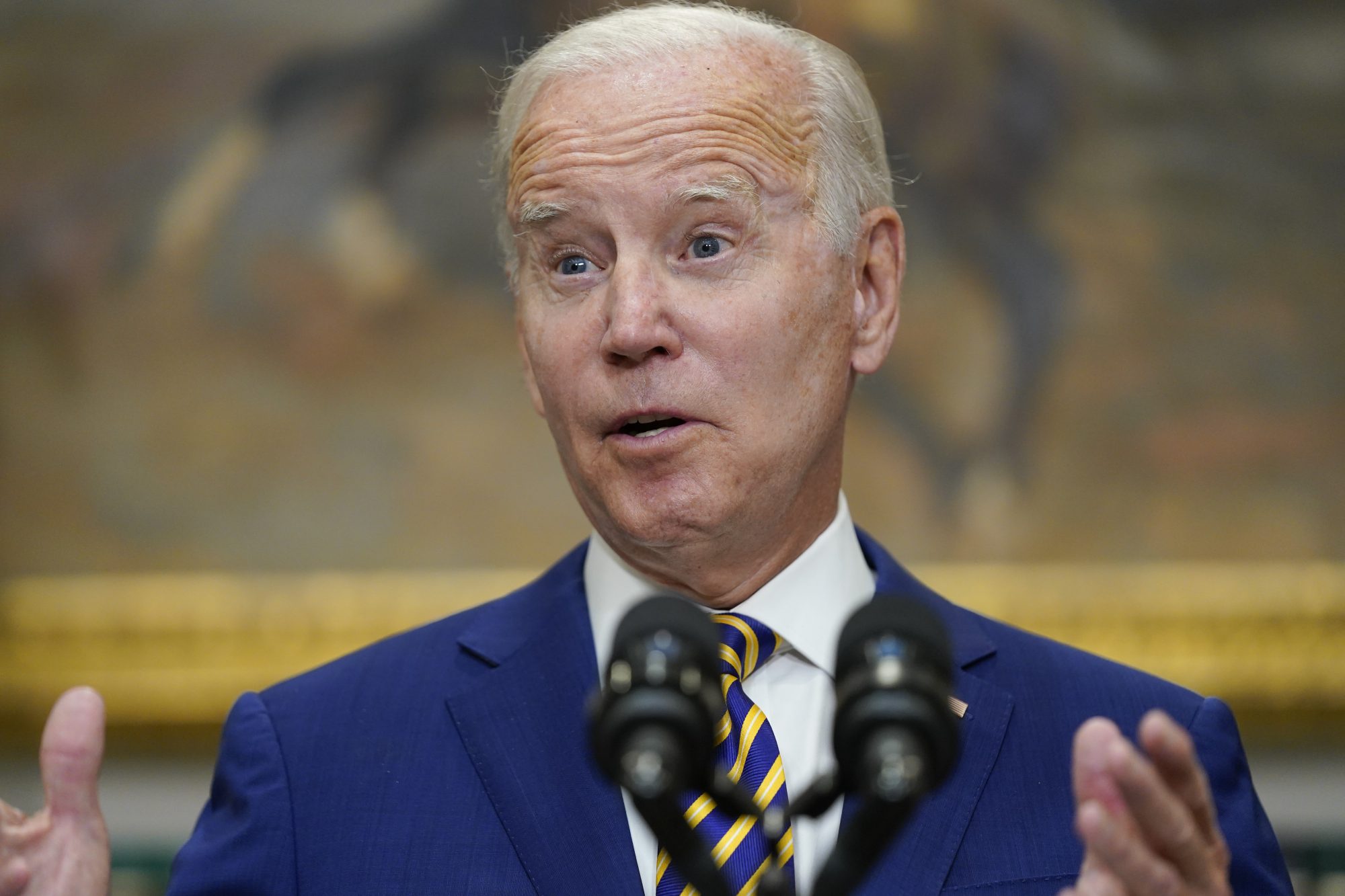 The Issue: President Biden’s move to cancel a portion of federal student-loan debt for some borrowers.

As I listened to President Biden declare relief for those owing college loans, a few questions came to mind (“It’s the loan ranger,” Aug. 25).

Where are their parents? Why do taxpayers have to pay for someone else’s college debt?

And most important: Where can a law-abiding, two-jobs-working, tax-paying citizen go for a refund on the college tuitions paid in full with blood, sweat and tears?

Why is it that citizens who follow the rules are stuck paying for those who don’t?

As a registered Republican I am happy about Biden’s student-loan-relief initiative.

I never took welfare or unemployment but have been repaying my student loans for years. The help he is offering now is fantastic and greatly appreciated.

It is about time middle-class Americans are given a break, not illegal immigrants, the rich or foreign countries.

The only thing better would be to forgive all past student debt or offer interest-free loans.

The Biden administration is going to start forgiving student debt.

What about the folks who have paid their debts? Shouldn’t they too be given some sort of retroactive forgiveness?

This is so obviously a political ploy just before the midterms. A small child could see through it.

It really isn’t forgiving anything because the bottom line is the federal government will always want the money that’s owed to them. They’ll just collect that debt somewhere else — like from all those who pay their taxes and pay their debts on time.

They’ve become professional at dividing the American people. This is just another way.

In these days of handing over money like Halloween candy to help Ukraine fight a war, helping millions of migrants illegally coming into the country, aid to Afghanistan that will be taken by the Taliban, etc., I find it a little perplexing that so many Americans are having a hard time with the American government wanting to help millions of Americans eliminate some student debt.

It’s about time some money stayed home to help a few million Americans.

I am a single mother with two children. I worked so hard in order to make enough money to put my two kids through college without any student loans.

Now Biden wants to forgive a portion of student loans. What the left is doing is preparing to open the door to free college education.

This is so unfair. It doesn’t make any sense to be a responsible citizen in the United States anymore. After paying for my children’s college education, now I have to pay for other people’s. Why?

Biden campaigned with the promise to unite the country.

Well, as president he kept his promise — he has united all taxpayers and made all of us responsible for student-loan debt.

﻿I’m quite sure that President Biden is fully aware that he does not have the authority under the Constitution to forgive these student loans, as House Speaker Nancy Pelosi had once remarked.

But if someone gives a kid a lollipop and after a few licks someone else takes it away, who looks like the bad guy?

I believe this is the strategy behind all this, and the American public is being played for suckers again.

Just as the Dems appeared to be gaining traction on the strength of the abortion ruling, they once again manage to snatch defeat from the jaws of victory.

Forgiving some student loan debt for anyone making under $125,000 per year — seriously? What elitist world are these people living in? Mar-a-Lago?

GOP leaders Rep. Kevin McCarthy and Sen. Mitch McConnell are warming up their fastballs on the heels of this tone-deaf move.

Apple Watch Pro rumors: Everything you need to know