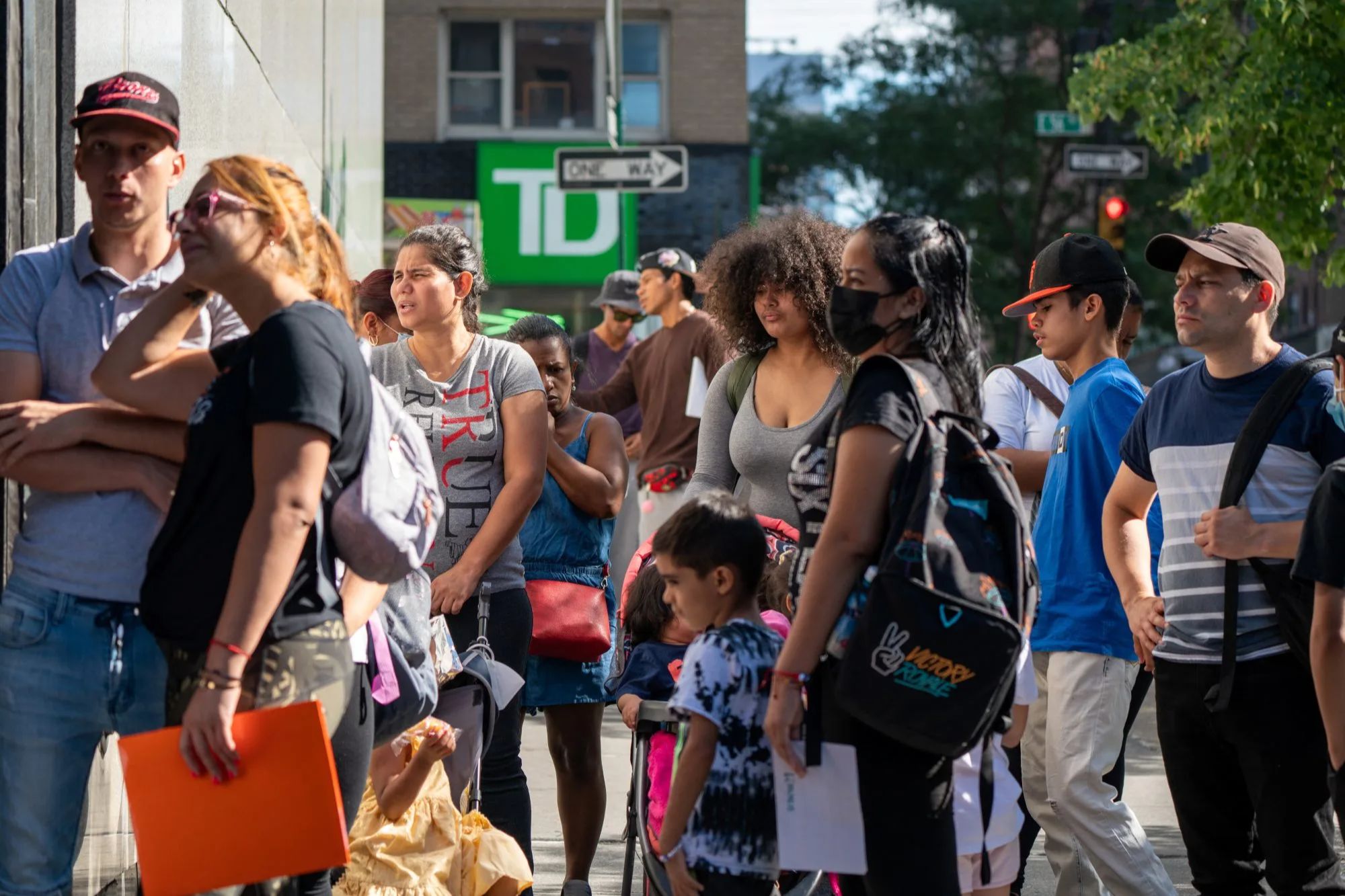 The Issue: Migrants who received free health care, food, school supplies and phones from the city.

The unabated stream of illegal migrants crossing our southern border is placing an immense burden on American cities (“Land of the free,” Aug. 22).

The humanitarian and economic ramifications are becoming alarmingly daunting. The complexity of problems stemming from this seemingly unending, unplanned-for debacle will undoubtedly grow in intricacy.

These migrants are receiving a copious amount of freebies. Meanwhile, destitute American families are left to fend for themselves, not even being afforded the benevolence given to the illegal migrants.

Coupled with all the other consequential problems we are facing, one can surmise that America is on the precipice of disaster.

Why is New York City taking better care of migrants than of our own US citizens?

We have former military and US citizens in homeless shelters. They should put the migrants in the shelters and move our own citizens into the luxury hotels. Something is very wrong here.

It has been easy for blue cities and states. Now the whole nation can watch as New York City gets overrun with the problems that places like Texas and Arizona have faced 10 times over since Biden and the Democrats decided to open up our borders to anyone wishing to enter.

Now Democrats and their media pals want Abbott’s buses to stop rolling into the Big Apple. Things are getting too difficult for them to handle. Still, they won’t mention the role of the White House and the Democrat-controlled Congress.

It was only when Gov. Abbott turned New York into a border state that they began to worry about our out-of-control immigration policies.

As a retired and law-abiding 65-year-old citizen, why should I be responsible for providing anything to anyone who enters the United States illegally?

I paid my taxes, worked full-time, raised my children, paid for their college tuition, paid my bills myself and complied with all laws.

I would never reward someone who comes into my home uninvited — who would? Yet we are expected to sit by silently as our money is poured out to purchase new phones, free lodging, health care and schooling for anyone who feels like walking in though our open southern border.

Enough is enough of this lunacy. Where are the representatives who still remember they were voted in to safeguard the best interests of their constituents and not the party line? Stand up and do something.

My parents came to this country legally over 70 years ago, wanting nothing more than an opportunity to work and raise a family.

Like many others, they received and expected nothing free. How unfair that today people are rewarded for illegally entering and that the government is permitting such abusive behavior.

How can these new arrivals have any respect for a government that fails to enforce the laws?

Let me get this straight: New York City’s streets, sidewalks and subways are brimming with homeless and mentally ill individuals who are all in dire need of assistance, yet we’re giving hundreds of migrants comfy hotel rooms, cell phones, health care and school supplies to ensure that their stay here is nothing short of welcoming.

If we’re going to have a “resource and family fun day” for these people pouring in from the border, the city hospital system, mayor and governor should open their blind eyes to those standing right in front of them who could also use a little succor.

Good riddance to Fauci and his calamitous, costly career