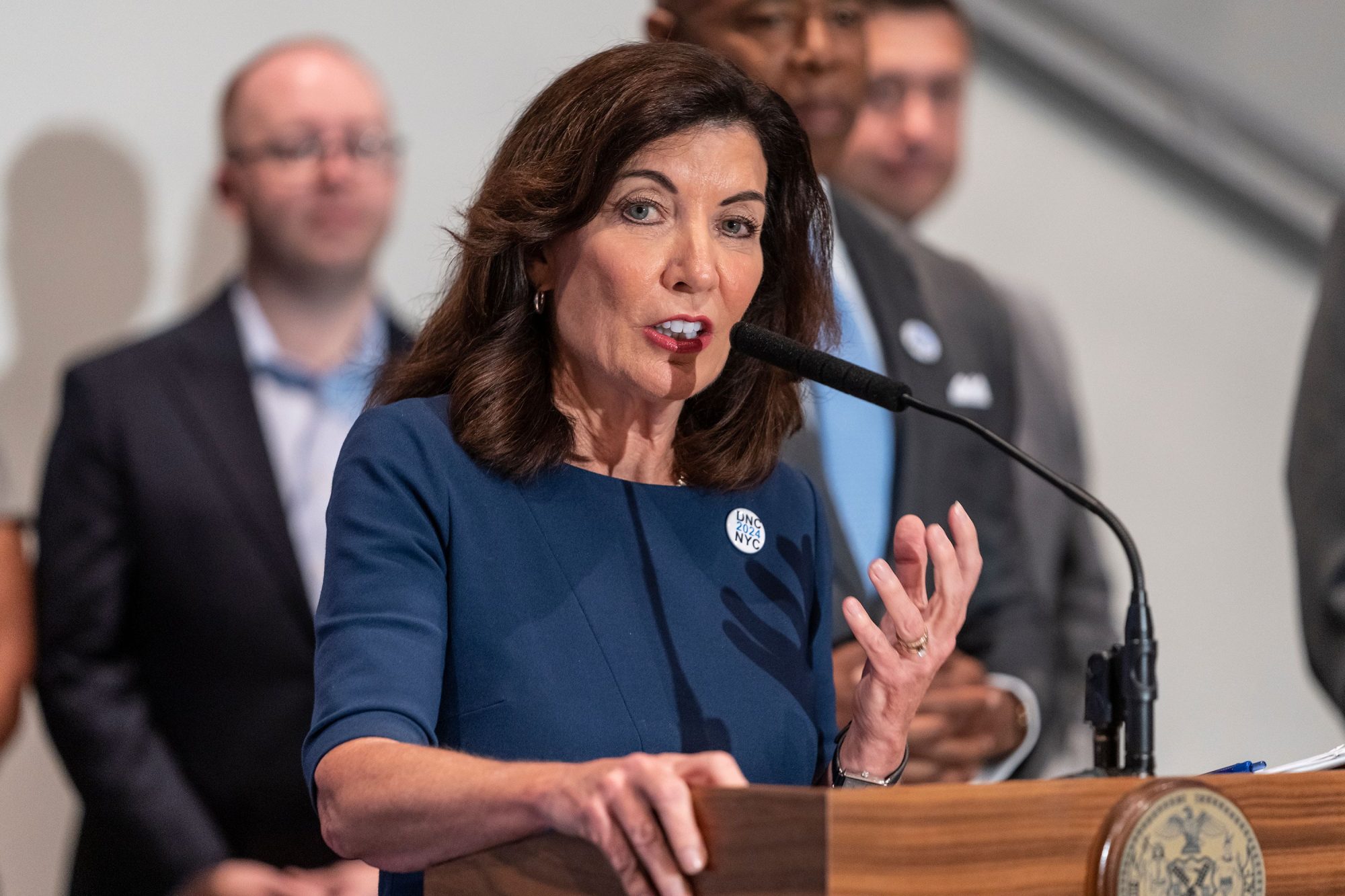 The Issue: Gov. Hochul signing legislation to use “salesperson” instead of “salesman” in state law.

Cabbies are being robbed and beaten to death, kids are destroying businesses because they are offended that extra sauce costs more, some dope shot up a supermarket simply because people of color work and shop there and a McDonald’s worker was shot and killed over some cold french fries — and Gov. Hochul’s big announcement is that we can no longer call someone a “salesman” in state law (“It’s ‘man’ overboard in woke NY purge,” Aug. 19).

I’m sure that’s going to correct everything wrong with New York.

What a great job you are doing there, Hochul. I hope your stay in the governor’s mansion is short. It certainly hasn’t been sweet.

Hochul signed a new law banning the word “salesman” from state law. I’m sure that our legislators worked very hard at getting the wording exactly right so that we would speak and think in the approved manner.

While they were hard at work, the crime wave that they unleashed on our state continues without even a word of concern from the same people.

Our paid representatives are only concerned with woke virtue-signaling, while allowing our state to deteriorate every day. It’s our fault if we don’t remove these idiots from office by voting them out. It will take a long time to repair the damage they have done.

Let me get this straight: Our non-elected governor is worrying about gender terms while criminals are walking free.

I don’t care if you are a Republican or a Democrat: You cannot vote for this moron. It is now time to put your safety and well-being before party.

In the attempt to be gender-neutral, this doesn’t solve the problem — for “salesperson” implies masculinity, as does “salesman.” If it’s a woman who is doing the selling, will it be “salesperdaughter? (Even “woman” includes a “man” in it.)

Perhaps if you pluralize it to “salespeople” that might solve the problem. But what if you’re dealing with only one individual who is doing the selling?

By the same token, the name of Bizet’s famous opera “Carmen” should be changed to “Carpeople.” See how absurd this gets?

The Issue: Maureen Callahan’s column on Alec Baldwin’s behavior after the death of Halyna Hutchins.

Maureen Callahan, as usual, writes what you and I are thinking (“Justice coming for you, Alec,” Aug. 16).

In her column, she details exactly why Alec Baldwin’s actions while on the set of “Rust, where he shot dead Halyna Hutchins, and up until this day are so egregious and disrespectful of others, including Ms. Hutchins’ family.

I have but one question for Callahan: Doesn’t she know that Alec Baldwin is a diehard Democrat? According to the FBI, Democrats are above the law.

If the Department of Justice and the FBI didn’t have a double standard, they wouldn’t have any standards at all.

And her last line: “So, you know, there’s that” was brilliant. Well done. Now we have to hope he is held accountable for his actions.

Baldwin’s wife makes us lose any sympathy we could have for him.

She is an awful self-centered person, posting non-stop about her own family, while Hutchins’ young boy lost his momma.

From the Editor’s Desk: Could we see the iPhone 14 on September 7?