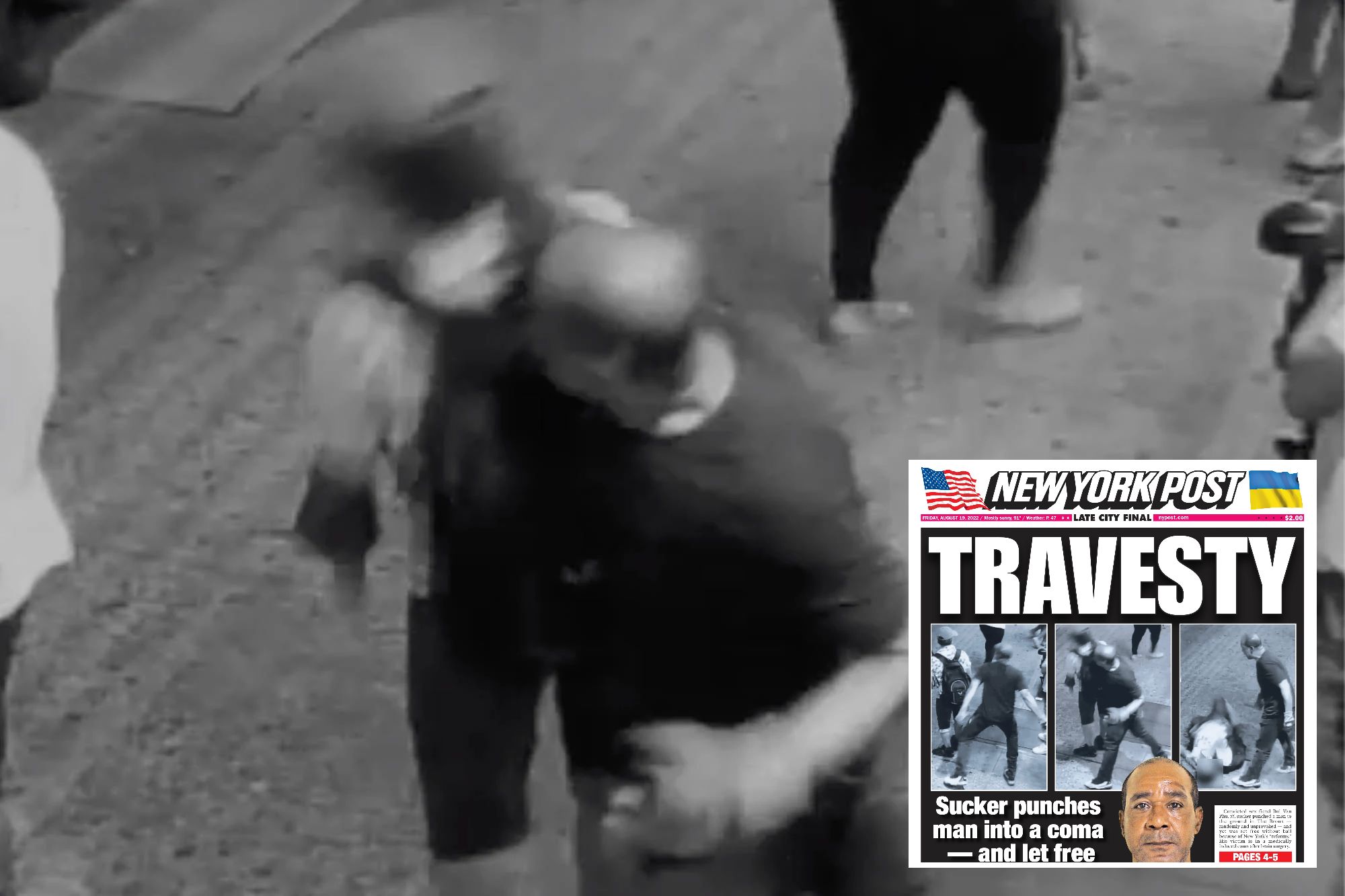 The Issue: Bui Van Phu, who was initially released without bail after assaulting a man on the street.

All you need to know about the insane depths to which the criminal-justice system in New York has sunk is in the story about the convicted sex offender who was initially freed without bail after viciously smashing a pedestrian in the head (“Travesty,” Aug. 19).

The victim is suffering in the hospital with a skull fracture, broken cheekbone and bleeding on the brain.

A Bronx judge permitted the district attorney to reduce an attempted murder charge to assault and harassment, misdemeanors that are not bail-eligible.

The blood of this innocent victim, like the rivers of blood of other victimized New Yorkers, is on the hands of Gov. Hochul and the legislative leaders whose insane and horrendous no-bail policies are wreaking violence, mayhem and fear on our streets.

With dismay, I read of another senseless act of violence committed by a psychopath who should not be allowed to be on the streets.

Apparently there is no limit to the number of casualties we suffer as Democrats in Albany refuse to obey the will of the people. The Democratic Party is truly the party of crime.

It is with total disbelief that I read that this dangerous individual was allowed to walk the streets again.

The victim is in a coma and brain-injured. If he survives, he’ll probably be in and out of hospitals for life. Plus, he will be presented with a hospital bill for the initial inpatient treatment he is getting. After that he will be on his own.

Citizens of this city, state and country — come November, you had better vote like your life depends on it, because it really does.

These advocates for criminals have got to be run out of office. Let them take the very same chances afforded to us unsuspecting, hardworking people. And no more phalanxes of police protection. Enough already.

The decision by the Bronx DA to reduce the charges against the lunatic who placed an innocent man in a coma with a brain bleed and a fractured skull from attempted murder to misdemeanor assault is truly mind-boggling.

This goes beyond incompetence and points to a more nefarious motive by the supposed “prosecutor” representing the most crime-ridden borough of a city dealing with a major crime epidemic.

This menace needs to be immediately removed from society and the people responsible for the decision to release him should themselves be put on trial for wantonly endangering the lives of the citizens they are sworn to protect.

Convicted sex offender Bui Van Phu viciously sucker-punched his unwary victim — which resulted in him being hospitalized and requiring reparative surgery — and got unbelievably lenient treatment from the “justice” system. His “attempted murder” charge was reduced, so as to force him to be released without bail.

What a perfect distillation of the absolute insanity of New York’s “no bail” law. It should have been called the “Criminal Permissive Relief Act of 2021.”

How much longer must society be endangered, as the list of innocent victims denied justice continues to grow?

Given the current no-consequences guide­lines, it is predictable that criminal behavior will continue unabated in New York City.

A recent victim lies in a coma having suffered a brain injury, resulting from an unexpected clout from a career criminal who was enjoying freedom and roaming the streets.

For years, it was a principle that the fear of punishment affected the decision to commit criminal conduct. Not so today.

This state of criminality will continue unless the Legislature rescinds the imposed guidelines affecting the judiciary and police officers.