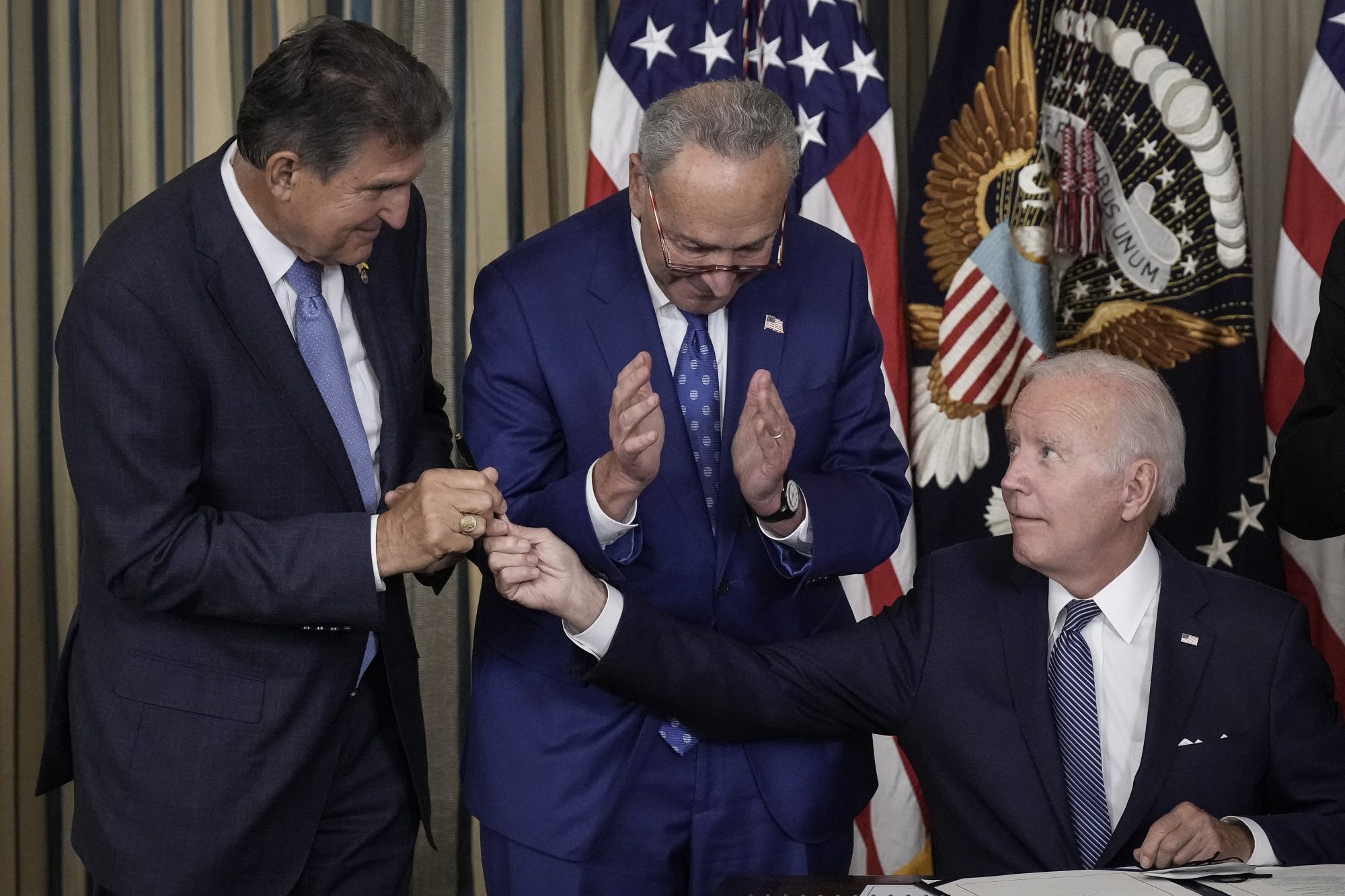 The Issue: President Biden’s signing of the Inflation Reduction Act, which will result in 87,000 new IRS hires.

The stated aim of the 87,000 additional IRS hires is to only audit people making over $400,000; however, there’s no doubt the “witch hunt” will include small businesses and hard-working middle-class families (“Joe signs $437B IRA,” Aug. 17).

It seems Democrats’ aim is to eventually recoup the billions laid out in their excessive spending bills from every possible source. So why not go after those making less than $400,000?

These are the vulnerable people and small businesses that don’t have the backing of top tax lawyers and CPAs.

The so-called “Inflation Reduction Act” will do nothing to reduce inflation and will likely make it worse. It sounds like something out of Ayn Rand’s dystopian novel, “Atlas Shrugged.”

In that story, Congress, dominated by socialists, passes the “Anti-greed Act,” the “Equalization of Opportunity Act” and the “Anti Dog-Eat-Dog Act” — all of them nothing but big-government fantasies passed by power-hungry politicians that do the opposite of what they purport.

Congress hit the mega-billions jackpot with this one.

We are totally screwed. No matter how much President Biden and his equally inept administration try to sell their new tax-and-spend canard, trips to the grocery store and gas station are not feeling any better.

Worse, relief is not coming anytime soon, despite how the Dems are spinning it.

The Dems sold half of the country a bill of goods, promising a return to sanity, unity and prosperity. What they delivered is a level of corruption, incoherence and incompetence never before seen in our government.

The only thing we can do now is to stop the hemorrhaging in November, contain the damage this administration has caused and encourage the Republicans to restore the policies of the previous administration as quickly as possible.

Wouldn’t it be wise to allocate 87,000 personnel to the beleaguered and harassed Border Patrol instead of hiring more IRS agents?

Since these extra IRS hires will have few millionaires and billionaires to audit, they will have to audit the people who make up the majority in the United States — the poor and the middle class.

All voters should remember who voted for this boondoggle and how many of them are Democrats who are up for reelection this November.

It’s time to vote the rascals out. It’s in your self-interest.

The Issue: Minneapolis Public Schools’ new policy that white teachers will be let go first if layoffs are necessary.

The city of Minneapolis is adopting employment policies that will provide race-based job protections to teachers of color (“Defending deal to ax whites 1st,” Aug. 18).

How is this not racist? How is it not divisive? Most important: How does making employment decisions based on what a teacher looks like provide students in Minneapolis with a better education?

If Minneapolis seeks to diversify its staff, how about tweaking recruitment practices instead of treating white teachers unfairly?

Gee, what a great way to cause chaos in the school system.

Avatar: Generations for iOS — Characters, gameplay, and everything you need to know