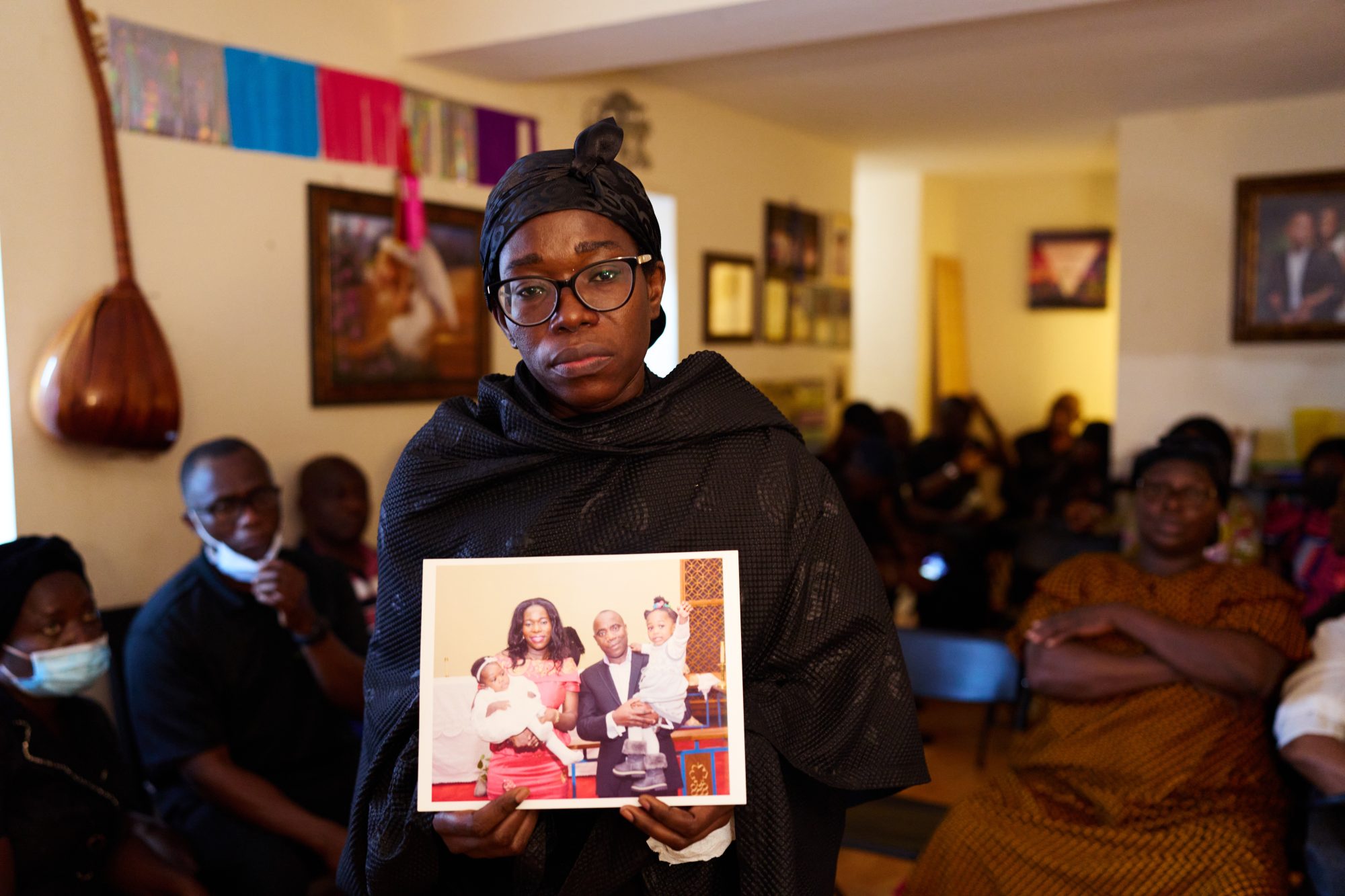 The Issue: A taxi driver who was allegedly killed when he confronted passengers who tried to rob him.

The Post headline and the heartbreaking photo of Abigail Barwuah clearly depicts the utter failure of Mayor Adams’ administration in addressing the crime issue (“ ‘Justice,’ ” Aug. 15).

Adams is losing policemen through early retirement and has lost the city as a result. I think we all had greater expectations of his mayoralty, but I don’t think he has the needed fortitude and ability to do what needs to be done.

Ultimately, he has abdicated his responsibility in keeping the city safe. Very disappointing. I can’t imagine the pain the wife and little ones are experiencing. God bless them.

My condolences to the family of slain cabbie Kutin Gyimah.

What an international disgrace New York City has become. There is plenty of blame to go around, but that will not solve anything.

It is time for the mayor to put on his big-boy pants and walk the walk instead of talking the talk.

Mr. Mayor — you, the district attorneys and the rest of the easy-on-crime politicians once again have blood on your hands.

A hardworking cabbie was killed and six men were shot in the city the other night.

It looks like our mayor has not lived up to his promises about keeping our city safe. These crimes and shootings keep going on all over our city.

The bottom line is: We need more police out there to protect the people of our city. Our city has become a haven for violent crime.

I have lived in New York City all my life. It’s now very dangerous walking around our city, where the odds are extremely high that one can get hit by a stray bullet.

Mayor Adams, this is your city, and it’s you who has to put a stop to all the violence and shootings. It’s in your hands. Do something to stop this.

State Senate Majority Leader Andrea Stewart-Cousins, Adams and Gov. Hochul all have blood on their hands. The daily reports of innocent New Yorkers being attacked and slaughtered never cease.

Say what you want about the days of former Mayor Rudy Giuliani and former Police Commissioners Bernard Kerik, Bill Bratton, Howard Safir and Ray Kelly — crime was down and dealt with appropriately. Criminals knew of consequences.

Police Commissioner Keechant Sewell has terrific ideas, but those above her count votes, not bodies — and not the lives they are tacitly destroying. The system is broken thanks to former Gov. Andrew Cuomo and former Mayor Bill de Blasio.

Yellow taxi driver Kutin Gyimah was killed early Saturday in Queens when he chased down passengers who tried to rob him. There is a clear video of the chase on the street in Queens.

Now let’s just say there had been plain-clothes police officers in an unmarked car who observed this chase on the street. The immediate action they would have taken could have possibly saved Gyimah’s life.

I know for a fact that thousands of these observation arrests were made when plain-clothes officers in various makes and models of vehicles were patrolling our five boroughs.

This young woman and her children bear the pain of the wanton, reckless, emboldened criminal scourge that has plagued New York City.

The Black Lives Matter charade is just a fleeting memory. The hypocrisy of leftists only destroys the ones they so fervently profess to protect.

This young woman, like so many others, is now burdened with raising a family without a father and the silence again is deafening. Adams is a joke, period.

Some questions the ‘basement president’ is dodging