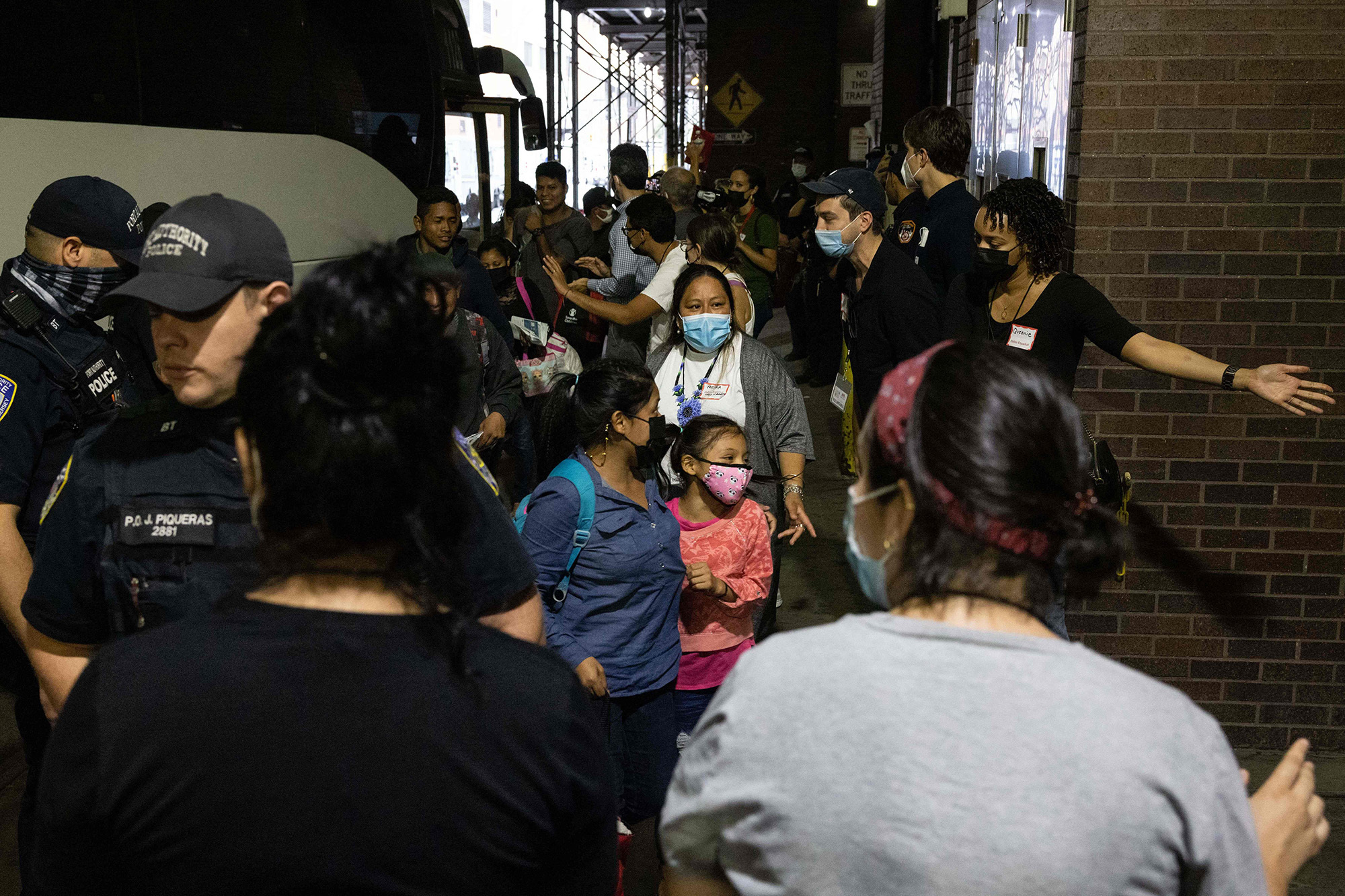 Adams’ complaint should be against President Biden for allowing these immigrants into our country in the first place.

Why does Texas have more of a responsibility to absorb these immigrants than New York or any other state? Besides, asylum was set up to offer protection for people who are being persecuted in their homeland. Most of the immigrants admit they’re looking for a better life.

There are plenty of Americans today who need a better life. Valuable food, shelter and medical resources are being taken up by illegal immigrants. Is that who we are: Be kind to immigrants and cruel to our own people?

It is quite rich when Adams admonishes Abbott for following through on his promise to send bus loads of illegal immigrants to New York City, yet had nothing to say about the planes flown into New York.

As for the “political pawns” remark, if the Democrats weren’t hoping to enlist every one of these illegal immigrants into their ranks as future voters, they wouldn’t care a whit if a single one made it across the Rio Grande, let alone all the way to New York City.

According to Abbott, 6,500 immigrants have been transported north.

We should greet these people with open arms. After all, we are a nation of immigrants. Most of these people are seeking a better life. They will contribute to our greatness.

Meanwhile, Abbott has just signed some bills regarding gun control. He said, “Texas will always be the leader in defending the Second Amendment.”

Since Abbott feels so strongly about defending the Second Amendment, I would like to suggest that New York City ship those convicted of illegal gun use to Texas.

This way, Texas can welcome people who love using guns. This should balance out the shipping of immigrants to New York City.

I always wondered why Abbott doesn’t have all the illegal immigrants put onto buses as soon as they step foot on Texas soil and drive them right to the White House. After all, they were invited by President Biden. Let him host them.

It took him a while, but he’s finally doing the smart thing. After all, why should Texas be responsible for them? And Adams, what happened to New York being a sanctuary city?

The failure-of-a-mayor should keep his mouth shut instead of taking on a governor.

As New York cares more about criminals than victims and keeps them out of jail as much as possible, Abbott may just decide to empty all jails in Texas and bus or fly them into New York City, where they can freely roam the streets.

Abbott should sponsor a contest to see which sanctuary city has the most compassion as measured by its willingness to take in the most illegal immigrants.

Maybe it would show their feelings are: “Bring them into the country, just not my neighborhood.”

Adams seems to forget that New York City is a sanctuary city, and his claim that the city is overrun is just silly.

The total number does not equal the numbers that enter Texas nearly everyday. His desire to send New Yorkers to Texas to campaign against Abbott is comical.

C’mon, Adams, make my day and admit you are a failure.

While crime is rampant and shootings are out of control, you deflect by taking on Abbott, who has a much more difficult situation at the border.

He is being proactive to resolve the crisis created by do-nothing Democrats.