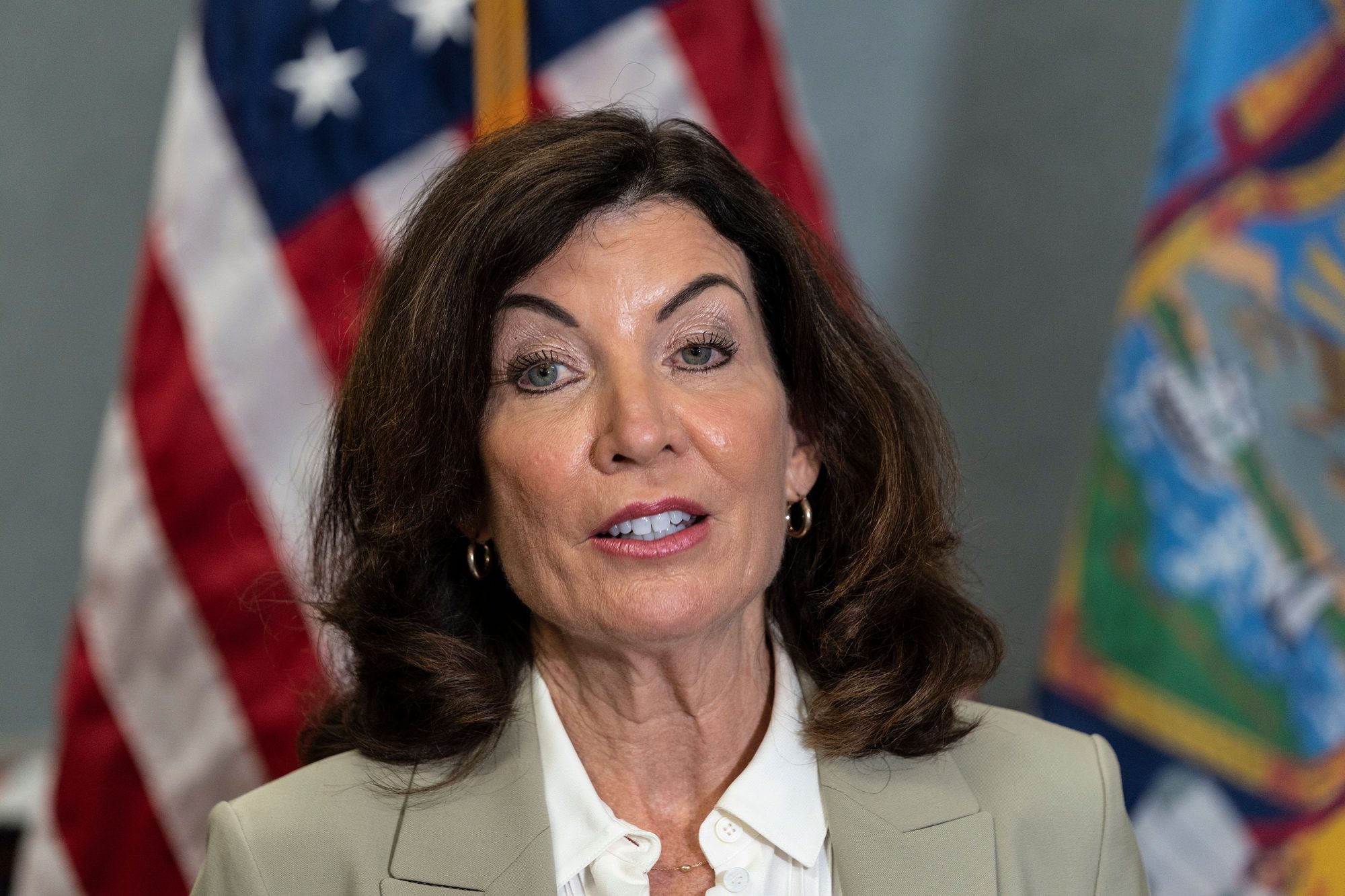 The Issue: Gov. Hochul’s signing of a bill that replaces “inmate” with “incarcerated person” in state law.

She won’t work on immediate bail reform, but with all the things that have to be fixed in New York, she just signed a bill to stop using the term “inmate” in state law.

Well, how long did she spend deliberating over that idea? As long as guests in politicians’ gated communities are happy, we should all be OK.

Hochul and her Albany cronies cannot be serious about striking “inmate” from our vocabulary and substituting “incarcerated person.”

How much of New Yorkers’ time and treasure has been wasted on this foolish and self-righteous virtue signaling?

“The incarcerated persons have taken over the asylum” just doesn’t have the same ring to it.

It doesn’t get more ironic then this: The Post published an article depicting New York residents’ fears over skyrocketing crime rates alongside the article that reveals Hochul’s woke renaming of criminals.

This is just another example of how Hochul is not fit for the job. She’s focused on the wrong priorities.

While she is out there adopting new, woke terminology, maybe New York residents can assign her a more fitting title this November: “Former governor of New York.”

The liberal politicians who govern New York never fail to miss an opportunity.

Hochul’s signing a law that replaces the word “inmate” with “incarcerated person” in state law is an avoidance of the real issue.

I am sure most incarcerated individuals are having a good laugh at such stupidity. However, those offenders, who in the future might re-offend, are laughing harder at the ridiculous bail reform laws that are now on the books.

Might we rename upstanding citizens as “not-yet-incarcerated people,” so everyone can feel good?

So Hochul has banned the term “inmate” and replaced it with the term “incarcerated person” in state law.

OK, but while we’re at it, can we replace the term “governor” with the term “criminal’s best friend”?

The Issue: A carriage horse that was beaten by his driver after collapsing on a Manhattan street.

As a registered nurse of 41 years, humanitarian and animal advocate, I was horrified to witness the cruelty displayed by the horse-carriage driver (“Fallen horse outrage,” Aug. 12).

These animals already suffer enough, forced to work in the stifling heat and freezing cold with very minimal regulations, which are often not adhered to or enforced.

Through the years there have been countless instances of horses collapsing, colliding with cars and dying.

There is no place for horse carriages in this century. It’s time this disgraceful industry is banned. The horses must be sent to sanctuaries, and the city must replace them with electric carriages.

The time has come to end carriage rides in New York City.

The streets are crowded with cars emitting fumes, honking at traffic and often speeding.

This driver’s actions are inexcusable. I hope Ryder does get adopted by NYCLASS to spend his days in a humane environment.

Apple is expecting to sell a ton of iPhone 14 units