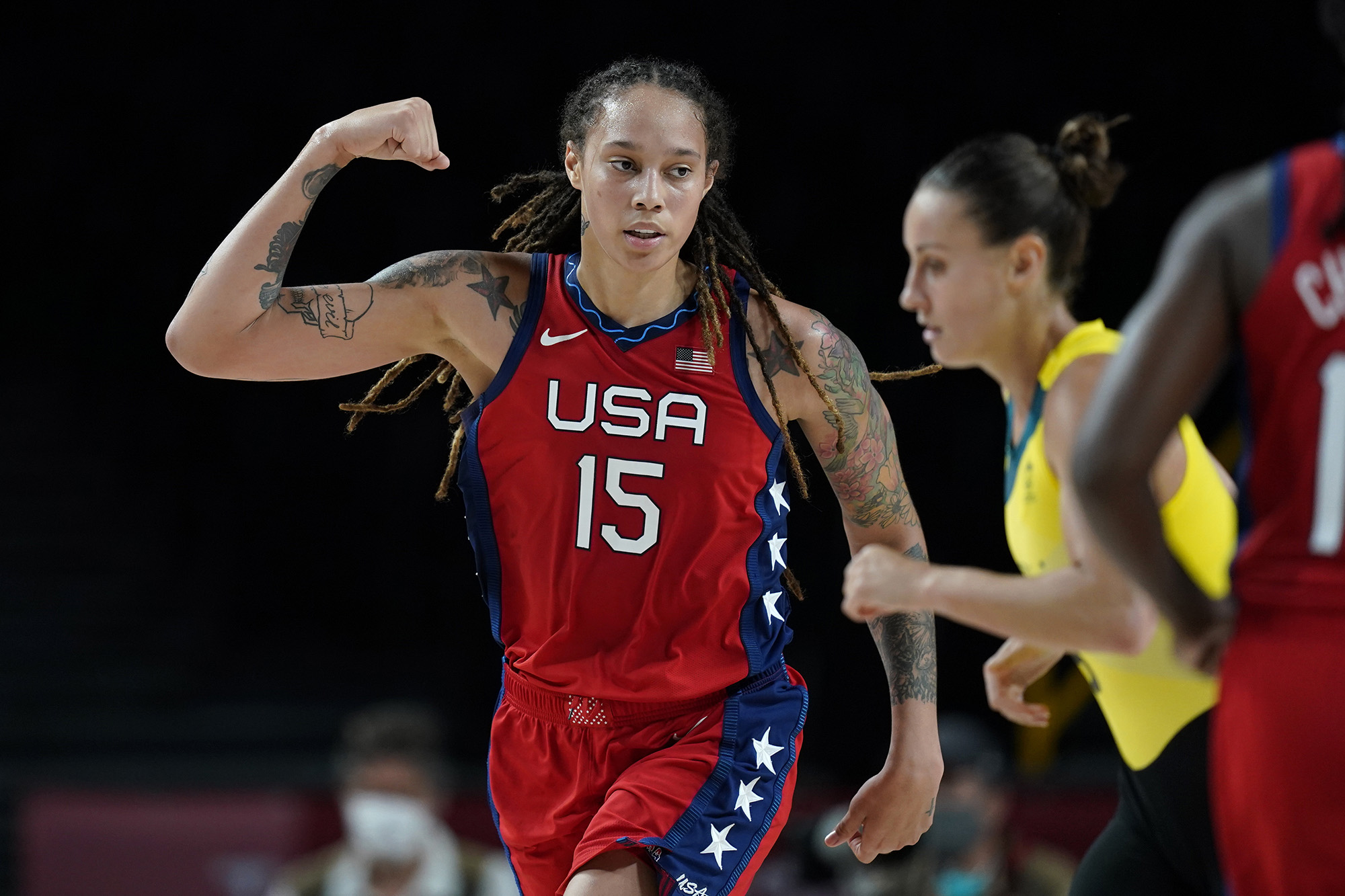 The Issue: Reports that the White House offered to trade an arms dealer for the release of Brittney Griner.

There should be no deal concerning Brittney Griner (“Kremlin: No Griner deal yet,” July 29).

Remember that Griner voiced her opposition to the playing of the national anthem before WNBA games. She also began kneeling while it was played.

Why on earth does she want to return to a country that is so racist? In my opinion, we should allow her to stay in prison for many years.

How ironic is it that Griner actually wants to return to such a horrible and repressive country as the United States.

For years, Griner and her friends in the WNBA have put down our country, and they have been extremely ungrateful for the blessings they have received here.

I can only hope spending a few months in Russia has made Griner see the light, but somehow I doubt it.

Let’s see: Paul Whelan, the former US Marine, has been held by the Russians since 2018. The State Department wasn’t much concerned about him. Then Griner gets ­busted at the Russian airport with weed paraphernalia and all of a sudden, there is a prisoner exchange on the table — and we’re reportedly considering handing over Victor Bout, the “Merchant of Death,” no less.

Yeah, it’s all on the level.

So, Ms. Basketball Star disrespected the US flag and our national anthem and got herself arrested for drugs in Russia.

Now she’s begging our country to go to bat for her and get her home. I wonder if she will change her tune and become patriotic again.

Wasn’t it Griner who called for the national anthem to not be played before WNBA games?

Now she’s reached out to a misguided president to save her from prison, meanwhile a US Marine who served his country was all but forgotten until now.

Where is the justice here? Griner did the crime, now she does the time. Lets refocus our actions: Whelan deserves better.

The United States has sent a troubling message to our people and to others: We will negotiate and pay some type of ransom to hostage-takers.

The cases of Russian hostages Brittney Griner and Paul Whelan, two Americans who as the State Department has said are wrongly detained, are deeply troubling.

When Americans are imprisoned in such situations, it presents a monumental problem for our government, which is under heavy pressure to do something — anything — to get them back home safely.

I do not know what the administration feels can be gained by reportedly offering to trade a convicted arms dealer for our two citizens, but it is likely to encourage future hostage-taking when Russia wishes to gain the release of bona fide criminals that are held in the United States — or to compel us to step back from our military assistance to beleaguered Ukraine.

Griner has no one to blame but herself. Who travels with an illegal substance — and in Russia of all places? Maybe a spoiled elitist athlete who thinks because the rules don’t apply to her in her country, she gets to do as she pleases everywhere else.

My guess is she’s learning a lesson the hard way. and may even learn to appreciate this great nation that provided her with the opportunity to become a professional athlete and a lifestyle that allows her to think she’s above it all.

Hopefully Griner will return soon to American soil with the other American detainees in a prisoner swap.

And hopefully she will love America a little more than she did when she kneeled or refused to be present during the national anthem at games.

Her foolishness in Russia has wasted valuable American political capital.